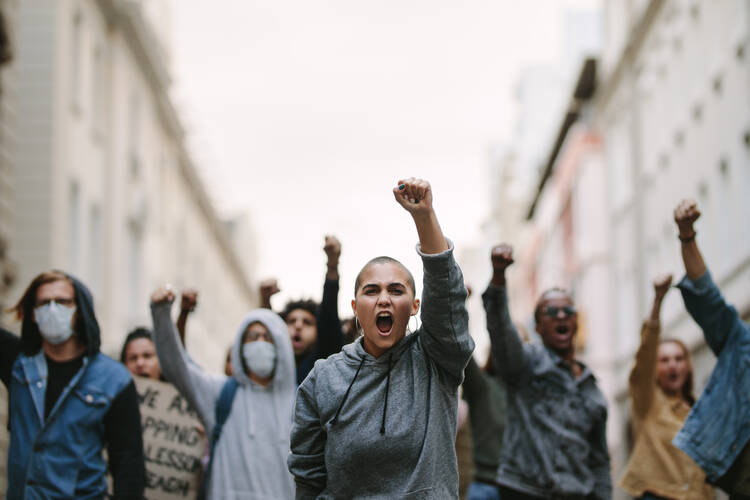 Christians have reasons to be hopeful, even in an age of bitter divisions. (iStock)

Today, the metaphor to rule them all is that of war. We read about “liturgy wars” in the church and “battles” over the interpretation of the Second Vatican Council, as well as political and cultural wars and the “War for the Soul of America,” as one book title put it. With the ubiquity of this metaphor, Christians might ask why it is so enticing. Why does it dominate our social imagination?

We might also ponder whether the war metaphor, so frequently used by Christian writers, benefits or hurts the church’s engagement in the world. In order to approach these questions, it is necessary to appreciate the ways in which language and metaphors have a powerful, intoxicating effect on us.

The metaphors that people live by, in both speech and thought, do more than serve people’s ability to communicate. They form, at a fundamental level, how people understand and relate to the world. When the metaphor of “war” infuses headlines, surfaces in conversations, and saturates the minds of journalists, theologians and many Christians, it can have a profound influence on the life of the church—often with unintended consequences.

What does this influence look like? First, we must recognize why war imagery is so tempting.

It stresses a sense of urgency for engagement in the world today and, in doing so, can motivate people to act. In some circumstances, conflict arises because what people value, cherish and love is being threatened.

The war metaphor can shape both our image of the “other,” and our missionary engagement with that “other,” in a manner inconsistent with the Gospel.

Few would disagree that the times in which the church finds herself today in the United States invite a sense of urgency. Many Christians lament the decline in faith and religious affiliation, fear the challenges to Christian morality from an increasingly non-Christian populace, and deplore the ways in which the poor, marginalized and vulnerable continue to be forgotten in one of the most prosperous nations in the world. The war metaphor taps into these feelings while prompting Christians to engage. But even granting this charitable read of the war metaphor, the dangers existing when it is appropriated to inform Christian living are legion.

The war metaphor can shape both our image of the “other,” and our missionary engagement with that “other,” in a manner inconsistent with the Gospel. In war, the other is almost always posited as a clearly defined enemy, with little room for distinctions or nuances. Often, great efforts are made to reduce the other to something less than human, or lacking dignity.

What is more, through the metaphorical lens of war, engagement in Christian mission is predicated as the creation of bastions, the placing of armaments, the construction of security measures, or the systematic use of killing mechanisms, all to reinforce separation from, bolster protection against and, ultimately, destroy the enemy.

In seeing the dangers associated with the war metaphor, the most fundamental question Christians should ask, in an age of both political and religious polarization, is whether our own tradition provides a different metaphor to live by.

From my experience as a missionary priest serving areas of the United States with few Catholics, it is nearly impossible to share the good news, let alone have a meaningful conversation, when I view the “other” as an enemy who needs to be destroyed at all costs. Similar challenges exist when I, as a theologian, attempt, under the influence of the war metaphor, to engage an intellectual interlocutor espousing different perspectives than my own.

In seeing the pregnant dangers associated with the war metaphor, the most fundamental question Christians should ask, especially in an age of both political and religious polarization and enmity, is whether our own tradition provides a different metaphor to live by. To answer this inquiry, the wisdom of St. Paul is a guiding light (Phil 2:5-8). When his community at Philippi was facing its own inner turmoil (including polarization), along with persecution from the outside world, the “missioner to the Gentiles” invited people not to consider war, but to model their discipleship after Christ’s kenosis, as seen in his incarnational movement.

The Son of God, in the face of the endemic suffering, sinfulness, danger and sadness of existence, did not forsake the created world or place distance between himself and creation. Neither did he choose to obliterate the world. Instead, he chose to draw close to the world and to embrace it in all things but sin. He counted the cost and took the risk required to stand in solidarity with us so that he could save us.

Christians have reasons to be hopeful, even in an age of bitter divisions. Rather than succumb to the enticement of using the war metaphor and risk the intensification of polarization, we can embrace our own tradition. Jesus’ incarnational movement can be our metaphor to live by, inviting us not to destroy but to draw closer to our “others.” Doing so might begin to provide a way out of the divisions of our day.

[Related: “‘Polarization is not Catholic’: Highlights from America’s interview with Pope Francis”] 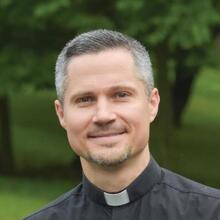 The Very Rev. Robert Aaron Wessman, G.H.M., is the vicar general (first vice president) and director of formation for the Glenmary Home Missioners. He is a guest lecturer at St. Meinrad Seminary and School of Theology, and he serves on the editorial board of the journal Review for Religious.