The Biden administration must vote to abolish the death penalty at the U.N. this week 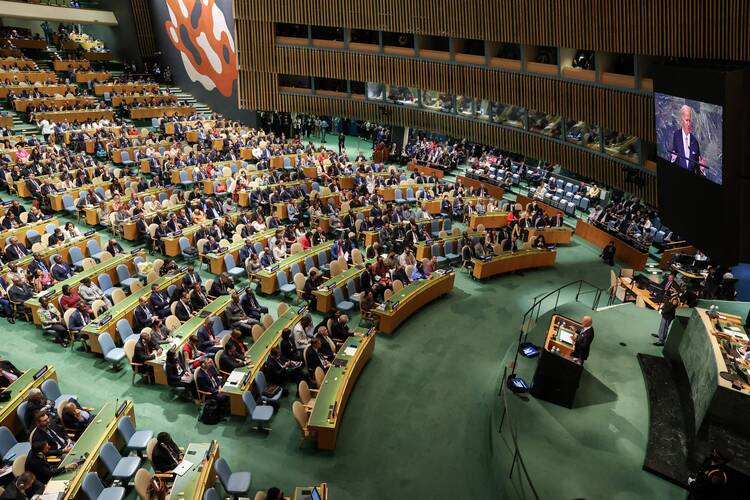 Mohsen Shekari was 23 years old when he was publicly hanged last week by Iranian authorities. His crime was taking part in human rights protests against the Iranian regime. According to Amnesty International, the Iranian government is seeking to execute at least another 18 people connected with the demonstrations.

In the wake of his hanging, all of America’s strongest allies—Britain, France, Spain, Germany, Canada, Ireland—expressed outrage at this human rights atrocity. The Czech president of the European Union described the news as “appalling” and said the Iranian regime uses the death penalty to instill terror in its population.

The official U.S. State Department response was not so full-throated. Why?

At the United Nations this Thursday, Dec. 15, 2022, there will likely be a super-majority of 129 nations voting in favor of the bi-annual U.N. resolution calling for a global abolition of the death penalty. All of America’s European allies, every country in the Western Hemisphere and a fast-increasing number of African nations will be among this super-majority.

This would not be the first time America voted with Iran, Saudi Arabia and North Korea to uphold the practice of government killings of its citizens.

Only 33 nations will likely be voting to keep using the death penalty. Among those nations will be: Iran, Saudi Arabia, North Korea, China and—contrary to President Biden’s policy at home—the United States of America.

This would not be the first time America voted with Iran, Saudi Arabia and North Korea to uphold the practice of government killings of its citizens. Under both President Obama and President Trump, the U.S. ambassador to the U.N. voted with these brutal regimes on this same issue.

But this year there is hope for a change.

President Biden is now the first person in U.S. history to be elected president with a publicly stated position that the death penalty should abolished. He has courageously put a halt to federal executions in the United States. President Biden is also boldly advancing a criminal justice reform agenda for our country; an agenda that seeks to address the racial disparities that have too often been perpetuated in our criminal justice system given our country’s legacy of slavery.

Two years after his election to the presidency, it is time for Mr. Biden to bring our U.N. vote into alignment with the principles and policies upon which he was elected.

A majority of states in the United States have now repealed or placed a moratorium on the use of the death penalty. My own state of Maryland was the first state south of the Mason-Dixon Line to repeal the death penalty, in 2013; we were followed last year by Virginia. As President Biden has himself stated, the death penalty is expensive, it does not work as a deterrent, and it has never and can never be fairly or flawlessly applied under any human system of justice.

Why then would President Biden—who has done so much to repair America’s alliances abroad—have us side with Iran, Saudi Arabia and North Korea in voting for continued use of the death penalty in the world?

There really is no good reason.

One of the core principles of Catholic social justice teaching is a belief in the dignity of every person. Catholic teaching also affirms the common good we share with our fellow citizens and the solidarity we share with souls past, present and future.

It is time for America to stop giving political cover on the world stage to Iranian and Saudi executions. 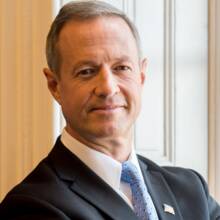 Martin O’Malley, the 61st governor of Maryland, is a commissioner with the International Commission Against the Death Penalty.

martinomalley
Show Comments ()
Join the conversation: Login or create an account
Before you can comment, you need to update your profile to include your first and last name, as required in our comments policy. Then reload this page and you'll be set up for commenting. Update your profile