Will the midterm elections start the next Civil War? (Maybe it’s already started.) 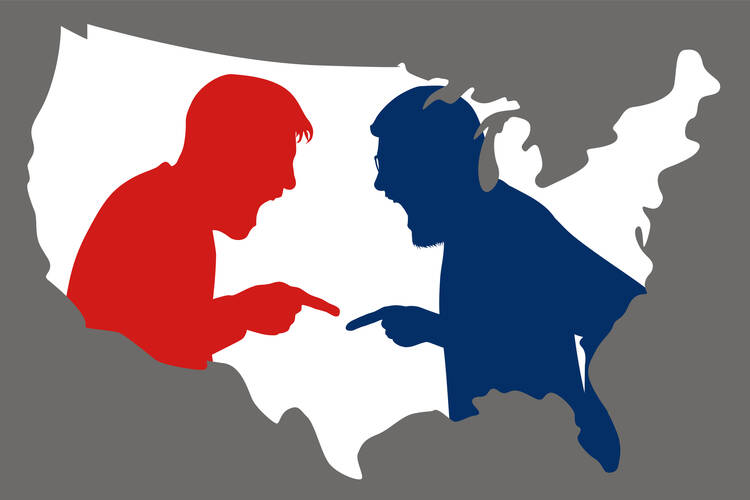 As warnings about the fall of American democracy accumulate in advance of the Nov. 8 election, I feel more and more like Eleanor Shellstrop on “The Good Place” as she realizes, “We’re already here. This is ‘the Bad Place.’”

Polls from the past couple of weeks suggest that the Republican Party will take one or both chambers of Congress this year, thanks in part to candidates who falsely say that the last presidential election was somehow rigged. The polls also add evidence to the theory that most Americans either think democracy is already broken or don’t really like it in the first place (or they say the former but really mean the latter). Do the radically different perceptions of U.S. politics that prevail in different parts of the country mean that we are already in a Cold Civil War? Are we locked in the kind of bickering that led Eleanor to understand that she was in hell?

I have covered this growing pessimism about our political system in previous columns, but the evidence keeps coming.

I have covered this growing pessimism about our political system in previous columns, but the evidence keeps coming. In an AP-NORC poll conducted in early October, only 9 percent of respondents said that democracy in the United States is faring “very” or “extremely” well (including 5 percent of Republicans and 15 percent of Democrats), a somewhat ironic assessment given that voter turnout has been up significantly since Donald J. Trump started running for president. A New York Times/Siena College poll, also conducted in early October, found that 71 percent of voters agreed that U.S. democracy is now “under threat.”

As the Times’ Nate Cohn noted, “only about 17 percent of voters [in the Times poll] described the threat in a way that squares with discussion in mainstream media and among experts—with a focus on Republicans, Donald J. Trump, political violence, election denial, authoritarianism, and so on.” In fact, the “mainstream media” was most frequently identified as a “major” threat to democracy, by 59 percent of likely voters (including 89 percent of those who voted for Mr. Trump in 2020 but also 31 percent of those who voted for Mr. Biden).

The distrust of mainstream media—which could also be defined as media that reaches voters across political and demographic divides—is something that already has deep roots, not something that might happen as a result of elections in 2022 or 2024. And it is not likely to fade as new voters enter the electorate. In the Times poll, 62 percent of those under 30 said the mainstream media was a major threat to democracy (presumably including some Democrats who complain that the nonpartisan media is not partisan enough), and this was the age group most likely (22 percent) to say that “social media” is their most frequent news source.

The Times poll found wide agreement that the U.S. government “mainly works to benefit powerful elites,” as opposed to helping “ordinary people”—a statement endorsed by 68 percent of likely voters, including 60 percent of those who voted for Mr. Biden and 76 percent of those who voted for Mr. Trump. This is also a sentiment that is already widespread, not dependent on a future election result, and it could have more of an effect than outlandish vote-rigging theories in causing citizens to question the legitimacy of an elected government.

In keeping with the idea that the worst threats to democracy are still on the horizon, The Washington Post recently asked political scientists, historians and other experts to describe “chillingly plausible chains of potential actions and reactions that could unravel the nation” if Mr. Trump returns to the White House. There are fears that Mr. Trump will be more effective a second time around in stacking the executive branch and the military with loyalists willing to impose authoritarianism, but some of the Post’s scenarios seem to be already underway. David Becker, executive director of the Center for Election Innovation & Research, warns that the refusal to accept national election results could pit states against each other, making them “competitors rather than collaborators and partners” in addressing problems facing the United States. But this is already happening with some frequency, as with tax policy and the recent example of the Republican governors of Florida and Texas transporting migrants to places governed by Democrats. (Abortion policy, now that it has been returned to the states, is also likely to cause some adversarial relationships.)

One of the worst-case scenarios in the Post article comes from Barbara Walter, a political science professor at the University of California at San Diego and the author of How Civil Wars Start: And How to Stop Them. She doubts a replay of the 19th-century Civil War, in which entire states picked sides in the fight over slavery, but instead worries about “a type of guerrilla war, a siege of terror that’s going to be targeted very specifically at certain individuals and certain groups of people, all civilians.” Terror campaigns are not unknown to even the most stable democracies—think of the “troubles” in Northern Ireland, the Quebec separatist movement in Canada and the multiply motivated acts of political violence in the United States in the late ’60s and early ’70s—but they have generally had specific objectives that did not not involve election denialism or attempts to dismantle democratic institutions.

The current threats of political violence in the United States seem both more diffuse and harder to defuse.

The current threats of political violence in the United States seem both more diffuse and harder to defuse. What kind of peace talks would involve the men convicted of trying to kidnap the governor of Michigan, who were apparently white supremacists angered by Covid restrictions? What would satisfy the citizens who are now threatening election officials and volunteers at polling sites, or who act on the assumption that a large number of their fellow Americans are committing voter fraud? Is there any way to hold negotiations (let alone election debates) between two political parties when 80 percent of the members of each party think the other “poses a threat that if not stopped will destroy America as we know it,” as respondents said in an NBC poll?

On Jan. 6, 2021, Mitch McConnell, the Republican leader of the U.S. Senate, responded to that day’s events by warning, “If this election were overturned by mere allegations from the losing side, our democracy would enter a death spiral. We’d never see the whole nation accept an election again.”

But we are already in a place where the flimsiest claims of voter fraud are embraced by millions no matter how many times they are debunked. (Yes, this includes the claim that “mules” cast 400,000 illegal votes in ballot drop boxes in 2020, and all these extra votes were never detected in the precinct-level election data that experts have been dissecting and analyzing for two years.) And what if election denialism is a lagging rather than a leading indicator of a broken democracy?

So are we already in a democracy death spiral? Are we already in the Bad Place… or are journalists, political scientists and various do-gooders overreacting to Mr. Trump’s successes in a political system that has never worked smoothly or cleanly? We may have to wait for the historians to decide whether 2022 was a year when we started to pull ourselves out of a ditch or a year when we sank deeper into the mud.

[Related book review: “Predicting (and preventing) the next civil war”]