What does the Catholic Church say about psychedelics? 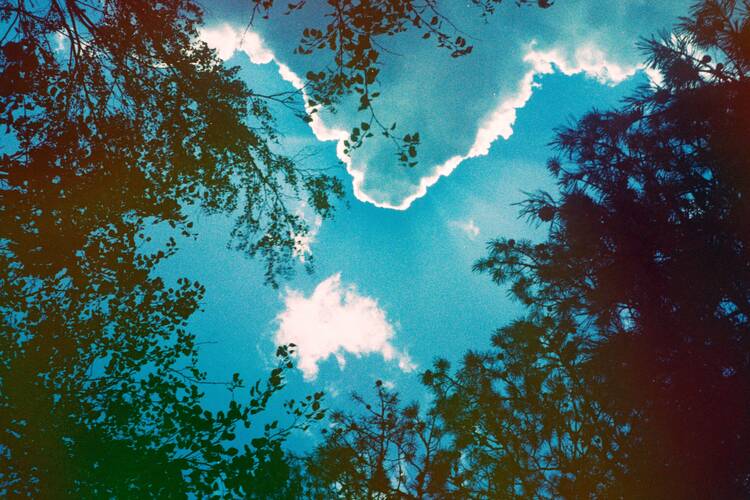 Photo by Scott Evans via Unsplash.

How to Change Your Mind, the documentary miniseries now streaming on Netflix, is just the latest sign that the cultural landscape is shifting around psychedelics. Based on Michael Pollan’s New York Times bestselling book, the documentary was inspired by a recent resurgence in the field of psychedelic research. Could psychedelics—a class of mind-altering substances that trigger non-ordinary states of consciousness—be a tool for helping people find healing?

Each episode of the four-part miniseries is oriented around a particular psychedelic, giving some of its history and possible therapeutic uses. Episode 1 discusses the promise of lysergic acid (LSD, also known as “acid”) in the 1950s as an aid in helping people overcome addiction, until Nixon made it illegal in response to its appropriation by the counterculture of the 1960s. Episode 2 takes us into the history of psilocybin mushrooms from their ritual use in various indigenous American cultures, through their suppression by the Catholic Church in the 16th century, to their “rediscovery” by the Western world after a 1957 article in Life magazine. The episode also addresses recent clinical studies that have used mushrooms to treat anxiety and depression for people dealing with a terminal illness. In the third episode, Pollan explores the remarkable success of MDMA (also known as “ecstasy”) in helping people with PTSD. Episode 4 treats mescaline-bearing cacti, which like psilocybin mushrooms have enjoyed a long history in indigenous healing rituals and religious ceremonies.

Could psychedelics—a class of mind-altering substances that trigger non-ordinary states of consciousness—be a tool for helping people find healing?

While today we associate these substances with rebellious young people and hippies, that chapter of the story only began in the 1960s, when the counterculture made its notorious discovery of psychedelics and drew the scrutiny of the Nixon administration, which in turn made them illegal. But the series treats the culture war as a kind of red herring, the din of demagoguery obscuring what had come before: a decade of promising research into the therapeutic uses of these substances. As Pollan puts it, psychedelics “escaped the lab and the therapy room and entered the counterculture.” These powerful substances were used frivolously, under the banner of Timothy Leary’s slogan to “turn on, tune in, and drop out,” and ideologized as a weapon for the dissolution of conventional society. Pollan documents how in the last twenty years, as the ‘60s recede in the rearview mirror, scientists at major research institutions (Yale and Johns Hopkins, among others) are confirming old studies and putting forward new ones that show remarkable promise for psychedelics as a tool for treating mental health.

What Does the Church Say?

Unsurprisingly, The Catechism of the Catholic Church does not mention LSD, psilocybin, MDMA, or mescaline, nor does it mention the word “psychedelics.” It does, however, mention “drugs”:

The use of drugs inflicts very grave damage on human health and life. Their use, except on strictly therapeutic grounds, is a grave offense. (CCC 2291)

Except on strictly therapeutic grounds. All of the use of psychedelics that Pollan documents in the miniseries is “strictly on therapeutic grounds,” with the exception perhaps of the use of mescaline-bearing cactus in a religious ceremony of the Native American Church. (Its use in this context was legalized by the federal government in the 1990s.) Pollan’s point is precisely that the recreational use of psychedelics in the 1960s impeded their use (and credibility) in a therapeutic context to heal. Scientists who had been studying substances like mushrooms seriously were forced to stop when the gears of the culture war ground their projects to a halt.

As Catholics, we should take seriously the possibility that psychedelics are morally permissible in a therapeutic context.

As Catholics, we should take seriously the possibility that psychedelics are morally permissible in a therapeutic context. One major study found that 80% of terminal cancer patients reported lasting improvement with depression and anxiety after a single high-dose of psilocybin. MDMA has been so promising for helping people overcome PTSD that it is likely to be the first psychedelic approved by the FDA for therapeutic use. The results of a recent study, Pollan tells us, may just be enough to push MDMA over the legal edge: after three guided, clinical sessions with MDMA, two thirds of patients qualified as quite simply no longer having PTSD.

It should interest us as believers not only that psychedelics heal people, but how they do. The prevailing model for understanding depression has been a mechanical one. Brain functioning was thought to be impaired by low serotonin levels, which called for a daily pill. This paradigm has worked well for the pharmaceutical industry: the global antidepressant drugs market was valued at $15 billion in 2020 and is only projected to grow in size. But a major new study suggests that the chemical understanding of depression, from which the need for a daily pill is derived, lacks clear evidence. Psychedelic therapy, by contrast, operates on a different, more meaning-based model. Rather than having to take a regular pill, the patient is administered a single, high dose of a psychedelic (or perhaps as many as three doses, over the course of several weeks) to explore, under the care of a therapist, an area of their experience that may be more difficult to access in an ordinary state of mind. The patient and the therapist are seeking insight, trying to shake loose some of the fear and stigma that prevent past traumas from being brought to light and healed. As believers, we know the power that love and forgiveness have to transform people’s lives. In his documentary, Pollan gives us reel after reel of clinical footage where patients experience just that: a reconciliation with themselves and with others that allows them to move forward in freedom with their lives. Unfortunately for the pharmaceutical industry, the patient doesn’t walk out of the door with a mushroom or MDMA prescription, to be filled and refilled indefinitely. The experience has made its mark, and the insights remain.

Psychedelics might not be part of the problem of drug abuse, but part of the solution—in other words, not just another drug, but a medicine.

The Problem with “Drugs”

Beneath the question of what is therapeutic, there is a deeper one: What is a drug? This is from the paragraph before the Catechism’s warning about drug use:

The virtue of temperance disposes us to avoid every kind of excess: the abuse of food, alcohol, tobacco, or medicine. (CCC 2290)

Lining up paragraph 2290 and 2291 next to each other, the implication is that alcohol and tobacco are not drugs. Why? Alcohol kills 95,000 people per year in the United States, making it the country’s third-leading cause of preventable death. Tobacco claims more than five times that number, according to the CDC—about one of every five deaths in the country, annually. Every parent with young children knows that sugar acts on the central nervous system and modifies human behavior: how many people who suffer from obesity, diabetes, and even heart disease have had their lives ruined by sweets? By contrast, psychedelics are low in toxicity, or simply non-toxic.

Alcohol and tobacco are more harmful not only because they are more toxic, but also because they are more addictive. The Pontifical Council for Health Pastoral Care released a document in 2001 called Church: Drugs and Drug Addiction aimed at addressing “the terrible problem of drug abuse in the world.” The documentary tells us that while MDMA has had particularly promising results in treating PTSD, it may also prove successful in helping people overcome addiction (click here for one such study). Bill Wilson, co-founder of Alcoholics Anonymous, credited the beginning of his recovery to a powerful psychedelic experience he had in 1934. For decades afterwards, Bill pushed for psychedelics (LSD in particular) to be incorporated into AA’s recovery program, only to be overruled by other leading members who felt it would be inconsistent with the organization’s message. Psychedelics might not be part of the problem of drug abuse, but part of the solution—in other words, not just another drug, but a medicine.

The third episode of the documentary features a veteran whom MDMA helped overcome PTSD. In pondering the question of what is a drug and what is a medicine, we might consider his words: “good drugs led to an opioid epidemic, and bad drugs heal PTSD, so I think our definitions of those need to change.”

This article is not a blanket endorsement of psychedelics, nor is it a recommendation to go out and try psychedelic therapy: that’s the province of health-care professionals. But it is an invitation to watch the documentary: at least to this amateur viewer, the research is compelling. The conversation about socially sanctioned use of psychedelics is happening, and we as Christians might have something to offer, whether by way of admonition or encouragement. And it’s hard to come away from How to Change Your Mind feeling that the inherited thinking on the subject equips us adequately for such a conversation, as a people committed to the truth, and to the care of each others’ souls.

Watch How to Change Your Mind on Netflix. 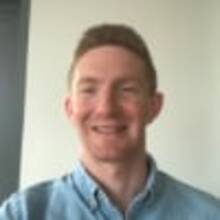 Joe Lorenz, S.J.
Show Comments ()
Join the conversation: Login or create an account
Before you can comment, you need to update your profile to include your first and last name, as required in our comments policy. Then reload this page and you'll be set up for commenting. Update your profile