The U.S. bishops must repudiate anti-abortion extremists. Their pro-life witness depends on it. 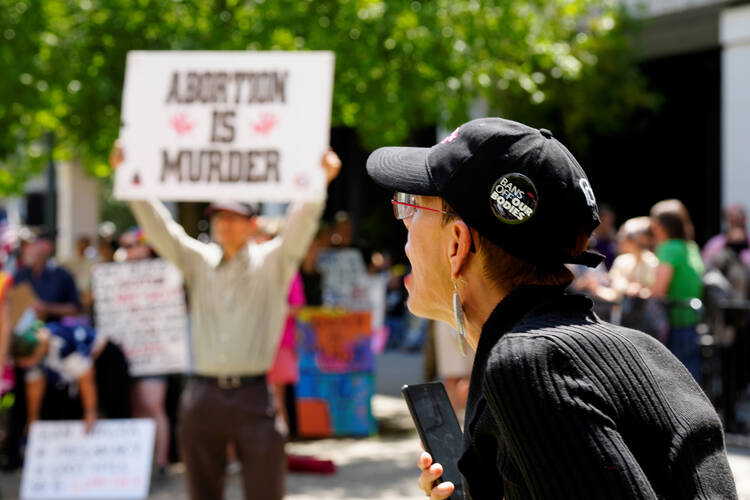 My parents, though they were serious Catholics, never raised me to be an advisor to bishops. Nor, in my weirdest childhood fantasies about excruciating forms of martyrdom that might qualify me for heavenly glory, did I ever think about advising bishops. Nonetheless, here I go, with a second such venture in three months.

In May I warned on Commonweal’s website that unless the U.S. bishops were prepared to greet the anticipated Supreme Court decision overturning the constitutional right to abortion with a full-throated call for the protection of vulnerable women and families, the church’s voice would be “swallowed up by the harshest and most partisan reactions on either side of the debate.”

By and large, the bishops responded as I hoped. “Now is the time to begin the work of building a post-Roe America,” declared Archbishop José H. Gomez of Los Angeles, president of the U.S. Conference of Catholic Bishops, and Archbishop William E. Lori of Baltimore, chairman of the U.S.C.C.B.’s Committee on Pro-Life Activities, in a joint statement.

The bishops’ positive, socially progressive and conciliatory stances did not suit the major media’s script of exultation, outrage and confrontation.

They continued: “It is a time for healing wounds and repairing social divisions; it is a time for reasoned reflection and civil dialogue, and for coming together to build a society and economy that supports marriages and families, and where every woman has the support and resources she needs to bring her child into this world in love.” This message was linked to a previous comprehensive statement of reforms, “Standing with Moms in Need.” Many bishops around the country echoed these sentiments.

My impression is that the bishops’ statements did not receive the ink, airtime or pixels that they deserved. Perhaps the U.S.C.C.B. and diocesan public affairs personnel lack the necessary muscle, metabolism or media savvy to get their message out. More likely, the bishops’ positive, socially progressive and conciliatory stances did not suit the major media’s script of exultation, outrage and confrontation.

But now we are in phase two: the backlash. Every troubling, disturbing, infuriating and even lethal consequence of Dobbs, current or potential, is being spotlighted, and understandably so. Will women seeking abortions be clamped into handcuffs and thrown behind bars, including victims of rape or incest? Will women crossing state lines to obtain abortions be arrested? Will medications inducing abortions be barred from the mail, frozen embyos seized from fertility clinics, online data scoured for abortion seekers and the law stretched every which way to preserve fetal lives? There are anti-abortion crusaders calling for these measures, and militant abortion rights advocates poised to publicize them.

Every troubling, disturbing, infuriating and even lethal consequence of Dobbs, current or potential, is being spotlighted, and understandably so.

If the bishops want their pastoral approach to remain the face of the pro-life cause, they must confront this reality directly. They must explicitly separate themselves and the church from these attitudes and initiatives. Unambiguous statements from a few leading prelates will suffice.

I foresee objections—and corresponding reluctance. Haven’t these militant abortion opponents been allies in a long struggle against the cultural current? Don’t these activists share the Catholic teaching that human life begins at conception? Can they be criticized for hewing to a deductive logic about “homicide” and the “murder of children” if that logic has also been a staple of Catholic anti-abortion argument?

And wouldn’t it be better for the bishops to follow their own pastoral approach and refrain from criticizing others'? Won’t the abortion rights-friendly media greet any episcopal reproof of extremism in the pro-life movement as a victory, a split in pro-life ranks?

To that last question, the answer can only be yes. And a good thing, too. There is a division in pro-life ranks, and if the media is eager to note it, so much the better.

There is a division in pro-life ranks, and if the media is eager to note it, so much the better.

There are ways the bishops can say what needs to be said. They can acknowledge common ground with these righteous warriors while being unambiguous about their differences. They can advocate for legal protection for the unborn while recognizing explicitly that law and criminalization can only go so far toward eliminating abortion. They can speak for unborn lives without ignoring or denigrating desperate mothers. They can acknowledge the concerns of the vast middle of Americans whose views of abortion may be less than fully formulated but whose moral intuitions are repelled by anything resembling callousness or punitive cruelty toward women confronting crisis pregnancies.

I am uncomfortable writing this. For one thing, I am writing from the perspective of the bishops’ public teaching on abortion, which I do not agree with in all respects. I consider the concept of “moment of conception” biologically and morally inadequate, and I believe that the bishops overstate what can reasonably be done in a pluralistic society to legally prohibit abortion in early stages of pregnancy. On the other hand, I strongly affirm the church’s persistent defense of unborn human lives. I do not want that defense to be discredited by attitudes painfully contrary to Christian mercy and forgiveness.

I am also uncomfortable with the tendency of Catholics to put the burden of witnessing to the Gospel in public life on the bishops rather than taking up the task themselves. In this case, however, there has been a phalanx of Catholic laypeople and clergy speaking out for a practical and charitable mobilization of opinion and resources, one capable of embracing a broad range of moral and political convictions, to reduce the number of abortions—and to make it a truly rare last resort in dire circumstances rather than a common feature of our culture’s view of sexuality, pregnancy and childbirth.

Such rank-and-file Catholics cannot speak for the church in a way bishops can. At this moment, making clear not only what the church stands for but what it does not stand for might be the most pro-life thing the bishops can do. 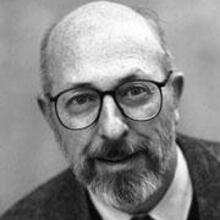 Peter Steinfels is a former editor of Commonweal magazine and religion reporter and columnist for The New York Times. In 2004, he and Margaret O’Brien Steinfels founded the Center for Religion and Culture at Fordham University.