Joe Biden will award Sister Simone Campbell, of ‘Nuns on the Bus’ fame, the Presidential Medal of Freedom 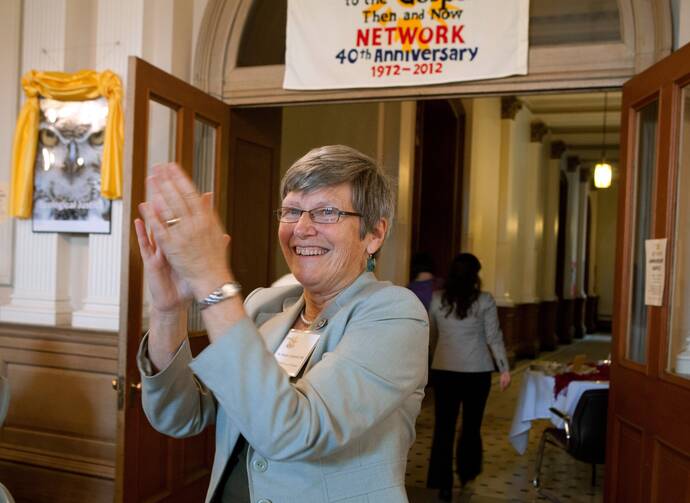 President Joe Biden will award the nation’s highest civilian honor to a Catholic sister next week.

Describing Sister Campbell as “a prominent advocate for economic justice, immigration reform, and healthcare policy,” the announcement from the White House said that the award is given to Americans “who have made exemplary contributions to the prosperity, values, or security of the United States, world peace, or other significant societal, public or private endeavors.”

President Joe Biden will award the nation’s highest civilian honor to a Catholic sister next week.

Sister Campbell is one of 17 people who will be awarded the medal at a White House ceremony on July 7.

“These seventeen Americans demonstrate the power of possibilities and embody the soul of the nation—hard work, perseverance, and faith,” the announcement reads. “They have overcome significant obstacles to achieve impressive accomplishments in the arts and sciences, dedicated their lives to advocating for the most vulnerable among us, and acted with bravery to drive change in their communities—and across the world—while blazing trails for generations to come.”

Sister Campbell reacted to the news on Twitter, writing, “I am deeply honored by this unexpected recognition, which highlights the important work of lifting up the experiences of ordinary people in our nation in order to make policy for all.”

A familiar face in national politics, Sister Campbell spoke at two Democratic National Conventions in 2012 and 2020. She organized the “Nuns on the Bus,” a tour that took her and other sisters to hundreds of events throughout the United States to call attention to the need for an expanded social safety net. Sister Campbell was an ardent supporter of the Affordable Care Act when it was enacted in 2010 and more recently, she was active in the 2020 election, urging Catholics not to vote for President Trump.

Other recipients include Olympian Simone Biles; Sandra Lindsay, a critical care nurse who was the first person to receive the Covid-19 vaccine outside of clinical trials; and Richard Trumka, a labor union leader who died last year. Actor Denzel Washington, Father Alexander Karloutsos, the former Vicar General of the Greek Orthodox Archdiocese of America and the late Senator John McCain will also be awarded medals.