Replacement theory and NIMBYism have the same racist roots 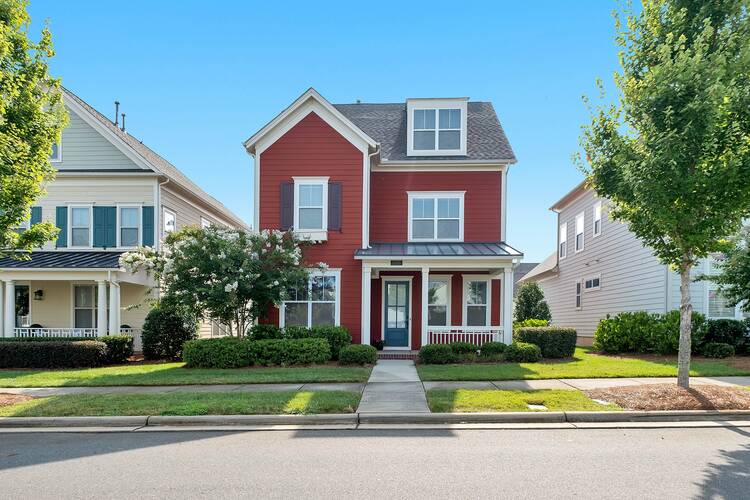 Photo by Zac Gudakov on Unsplash

The man suspected of killing 10 people in a mostly Black neighborhood in Buffalo on May 18 believes in it. Tucker Carlson has made it a central theme of his nightly program on Fox News, even if he avoids using the exact phrase. It is the “great replacement” theory, the idea that there is an effort underway to change the demographics of the United States so that white people become a politically impotent minority. Focusing on immigration to the United States, Mr. Carlson has said that the Democratic Party is trying to build political power by bringing in “more obedient voters from the third world.”

The great replacement theory and its undisguised racism have horrified all but the most right-wing political leaders, as well as anyone who follows Catholic social teaching and recognizes the right of all people to find a safe home. But it is not new. The United States has frequently been gripped by fears of “those people” moving next door, whether they are Catholic immigrants in big cities in the 19th century, Black families heading to Northern states in the 20th century or Latinos now making up much of the population growth in states like Florida and Texas.

These demographic changes, both at the national and state levels, have really been examples of addition rather than replacement, but that distinction can be erased in a country that has always been uneasy with population growth and suspicious of big cities. Variants of the great replacement theory have been present on a smaller scale in towns and in neighborhoods all over the United States, including in deep-blue Democratic areas. You can find it wherever people say that new housing, inseparable from the new people it would attract, would ruin the “character” of their community. Or when environmentalists adopt the zero-sum logic of the great replacement theory to argue that any population growth in an area represents harm to the people already living there.

The United States has frequently been gripped by fears of “those people” moving next door.

The similarity may be strongest when people say that they moved into a neighborhood with a certain character (single-family homes, no renters, no traffic) and can reasonably expect that character to be the same until they move out or die. This is no different from expecting the United States to remain mostly white, mostly Christian or supportive of the values epitomized by John Wayne.

The fear of new neighbors is one reason for the current housing crisis, more specifically the shortage of affordable housing, in the United States. Daniel Parolek, an author and architect, coined the term “missing middle housing” to describe the type of buildings whose scale is between downtown high-rises and suburban single-family homes—the rowhouses, duplexes, triple-deckers and five- or six-story apartment buildings that have traditionally accommodated working-class families and many immigrants.

As the urbanist website Planetizen explains, “These types of residential buildings are described as ‘missing’ because for many decades, this kind of housing has been illegal to build in almost every corner of almost every U.S. city…. The preference for single-family homes and the sequestering of large multi-family residential buildings to a few small corners of large regions have been reinforced by the long-term adoption of exclusionary zoning codes, described as ‘exclusionary’ exactly for this effect of banishing all kinds of residential development other than the prototypical American home.”

Zoning codes are not the only ways to keep new people out of a community.

Zoning codes are not the only ways to keep new people out of a community. There are also restrictions on particular living arrangements (like bans on how many non-family members can live together). Another tactic is tax breaks for longtime homeowners. Most notoriously, Proposition 13 in California limits property tax increases for residents, not the properties themselves, and so encourages homeowners to stay put and watch the values of their homes skyrocket. The U.S. Supreme Court upheld Proposition 13 with language that would gladden any proponent of the great replacement theory, saying that the law promotes “...local neighborhood preservation, continuity, and stability.”

There is also the “nuclear option” of neighborhoods attempting to secede from cities where newcomers (i.e., non-whites) have become politically powerful. This is not necessary in older areas like Boston, where a geographically small central city is hemmed in by suburbs that have used home rule to resist new housing and to oppose regional solutions to the affordable housing shortage. In other words, deep-blue communities like Brookline, Mass., have no moral grounds to ridicule people in Texas who want to secede from the United States so that liberals elsewhere can’t tell them what to do.

The avg suburban liberal in one pic pic.twitter.com/S8TADbgnfo

“It’s about people being stewards of what they love and care about,” said Susan Kirsch, the founder of Livable California, which has organized opposition to new housing in the suburbs of that state. That sounds nice, but the language of “stewardship” can be hijacked by xenophobes and immigration restrictionists like the University of Pennsylvania law professor Amy Wax, who has written that a “large influx of immigrants, especially from nations that do not share our cultural values and understandings, will undermine citizen morale, unity, and solidarity as well as the integrity of our institutions.”

Your neighborhood group or town council may have good reasons for curbing development in your community. But if people start turning away from facts and instead focus on maintaining “character,” it may be time to stop posting outraged comments about Mr. Carlson on social media and instead engage in some self-examination.

RobertDSullivan
Provide feedback on this article
Join the conversation: Login or create an account
Before you can comment, you need to update your profile to include your first and last name, as required in our comments policy. Then reload this page and you'll be set up for commenting. Update your profile