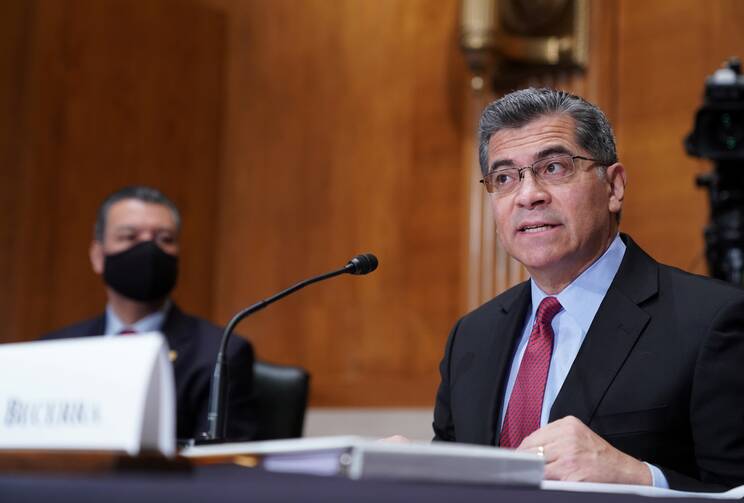 Leadership at the Catholic Benefits Association believes the U.S. Department of Health and Human Services will soon announce new regulations that may pose an existential threat to religious-based employers including Catholic hospitals.

Discovery of a 74-page legal memorandum attached to a court filing from a consortium of 30 sexual rights groups last year revealed that the department, often abbreviated as H.H.S., has promised to revise its mandates on health plan coverage and performance to include surgical abortion, cross-sex hormones, gender-transition surgeries, gender-affirming cosmetic surgeries and voice modification—along with a host of expanded services dealing with fertility treatments, contraception, abortifacients and sterilizations.

It is believed that sometime in April, H.H.S. could announce the proposed regulations, which would not only disallow religious exemptions but would have a broad cost and compliance impact on all U.S. employers.

“The memo prepared by the Leadership Conference provides the best forecast of what the new regulation will say. We don’t know for sure what the regulation will say but there is good reason to believe that it will be quite similar to the memo signed on by 30 sexual rights activist groups including Planned Parenthood,” said attorney Martin Nussbaum of Nussbaum Speir Gleason in Colorado Springs, Colorado, a legal firm which advises the Catholic Benefits Association.

The association provides legal advocacy and litigation in defense of the First Amendment rights for its membership of over 1,000 Catholic employers, including 60 dioceses and archdioceses, numerous religious orders, colleges and universities, hospitals and other ministries.

The Leadership Conference, based in Washington, is a coalition of some 200 member organizations advocating for civil and human rights for women, the L.G.B.T.Q. community, immigrants and workers, and the disabled community.

Sometime in April, H.H.S. could announce the proposed regulations, which would not only disallow religious exemptions but would have a broad cost and compliance impact on all U.S. employers.

The proposed H.H.S. regulations would apply to implementation of an Affordable Care Act provision that includes a prohibit on discrimination based on sex. It will likely apply to all health care providers, clinics, nursing homes, hospitals, group health insurers and third-party administrators of self-funded plans.

“And if the new regulation applies to all of those groups, it will effectively apply to all employers with a health plan,” Nussbaum told Catholic News Service. “The proposed regulation would also apply to all contractors of the previous groups, including my law firm. For Catholic hospital chains it is hard to imagine how broad that group is.”

Last year a number of Catholic health care organizations filed a lawsuit challenging the Biden administration’s so-called “transgender mandate” requiring that doctors and hospitals perform gender-transition procedures on any patient despite any moral or medical objections of the doctor or health care facility.

A federal court blocked the mandate last August, granting the plaintiffs’ request for a permanent injunction. It permanently enjoined H.H.S.; the department’s secretary, Xavier Becerra; and all H.H.S.-related divisions, agencies and employees “from interpreting or enforcing Section 1557 of the Affordable Care Act,” which became law in 2016.

In 2020, the Trump administration put in place a final rule that eliminated the general prohibition on discrimination based on gender identity and also adopted abortion and religious freedom exemptions for health care providers. But the courts blocked this rule change.

In 2021, shortly after he was inaugurated, President Joe Biden issued an executive order declaring his administration would apply in all areas—including the ACA—the ruling by the U.S. Supreme Court’s ruling in Bostock in 2020 that discrimination based on sex outlawed Title VII of the Civil Rights Act of 1964 covers people who are gay or transgender.

The expected rules change Nussbaum discussed with CNS would have to be published in the Federal Register by H.H.S., and once published, a period for public comment would begin. In general, agencies will specify a comment period ranging from 30 to 60 days.

“The forthcoming [H.H.S.] regulation presents an existential threat to Catholic health care because the penalties to noncompliance will likely include private enforcement, class-action lawsuits, [and] ‘qui tam’ actions, which is where an individual can file a lawsuit as if he or she were the United States itself,” he explained. “The penalties may also include loss of Medicare and Medicaid funding and even imprisonment for noncomplying health care executives.”

“Such sanctions can shut down any hospital network,” Nussbaum said, adding that such an expansion of ACA-related services will cost employers millions and millions of dollars in increased health insurance costs.

Last year, the Colorado Association of Health Plans, an industry trade group, predicted a 1.5 percent rate hike in response to the Colorado governor’s announcement to cover gender-conforming cosmetic surgery—reportedly becoming the first state to try to require insurers to provide transition-related care for transgender people as an essential benefit.

“Such performance mandates will harm health care in the U.S. overall, given that Catholic hospitals provide an estimated one-sixth of hospital beds nationally,” Nussbaum noted.

Other faith-based groups and employers including evangelical and Christian colleges and health care networks would be expected to file challenges to a radical broadening of mandatory abortion, contraceptive and gender-transition services following the comment period on the proposed the H.H.S. rule.

Doug Wilson, C.E.O. of the Colorado-based Catholic Benefits Association, said he planned to discuss the anticipated H.H.S. announcement with the leadership of other Catholic health care associations coming together under a newly formed umbrella organization called the Catholic Healthcare Leadership Alliance.

“My main focus right now is getting ready for the H.H.S. ruling,” Wilson told CNS. “Until November, when our attorneys discovered it in a 74-page court filing, nobody knew about it. We very quickly shared the information with the USCCB [U.S. Conference of Catholic Bishops] and many others and our membership community as well.”

“The general public has almost no awareness of what may be coming,” Wilson added.

“Their view of what is good for the country is certainly in a different place than ours.”

“It is written to end Catholic health care. The requirements are so far beyond Catholic teaching that Catholic employers of every sort would be faced with complying or shutting down,” Wilson said.

There was no immediate response to a request for comment that CNS sent to H.H.S., the Catholic Health Association and the U.S. bishops’ pro-life secretariat.

The anticipated H.H.S. rules represent a well-crafted and well-thought out way to remove religion from health care, according to Wilson. The anticipated rules, he said, would touch on the full gamut of reproductive health care, from surgical abortion and, possibly, mail-order chemical abortion to services related to sexual orientation and gender identity.

“The Leadership Conference’s demands are very clear. There must be no religious exemptions from this,” he said. “At the end of the day, we are preparing for what we anticipate will be a significant lawsuit. I don’t think the administration will make material changes or that the public comment period will have enough [or] much effect.”

“Their view of what is good for the country is certainly in a different place than ours,” Wilson said.

Tom Tracy - Catholic News Service
Show Comments ()
Join the conversation: Login or create an account
Before you can comment, you need to update your profile to include your first and last name, as required in our comments policy. Then reload this page and you'll be set up for commenting. Update your profile