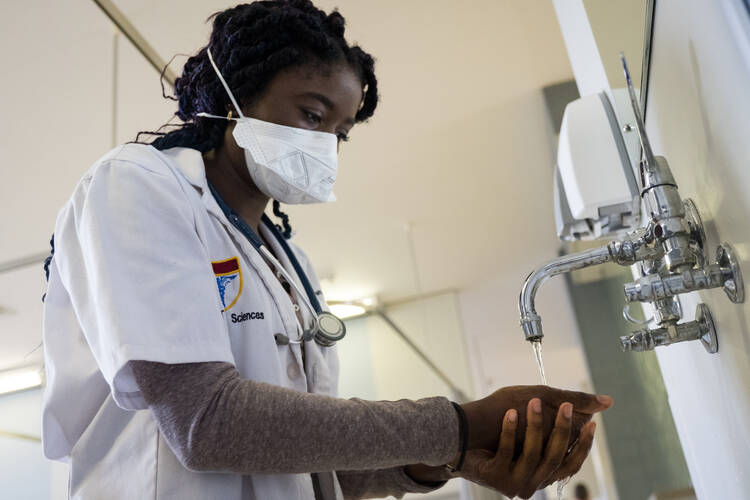 Many of us working for global health have been inspired by the diminutive and determined Adela Orea, a Daughter of Charity ​who died last October. She was the administrator of a rural hospital in Chiapas, Mexico, that served 349 impoverished communities, doing so for decades without access to clean water. Sister Orea pushed for better.

It defies logic that any hospital or health clinic could lack water, sanitation and hygiene—also known as WASH, and what the U.S. Agency for International Development calls “the cornerstone of quality, equitable and respectful health services.” Yet this is a deadly reality, and a special challenge to the Catholic Church, the largest provider of health care around the world.

Sister Orea recalled “a lot of anguish” during her 37 years working in impoverished areas. In Chiapas, her hospital’s water was initially carted from a dirty river.

How deadly? A new report from the National Bureau of Economic Research found that childmortality fell by 63 percentas a result of access to clean water in test villages in rural Kenya. Now think of all the bacteria and viruses that live in and around health care facilities, and imagine the impact on children and mothers when there is no clean water, no toilets, no way to shower or no place to wash hands. Across the world’s least-developed countries, 50 percent of health care facilities lack water on site and 63 percent do not have adequate toilets, according to a report by the World Health Organization and UNICEF in 2020. Babies take their first breath and ill children receive care in a petri dish of disease, where doctors, nurses and midwives in nearly a third of these facilities cannot even wash their hands at points of patient care (even during this historic pandemic). Nearly 2 billion people worldwide must rely on such low-resource health care facilities.

In an interview in 2021, Sister Orea recalled “a lot of anguish and a great burden” during her 37 years working in impoverished areas in Cameroon and Mexico. In Chiapas, her hospital’s water was initially carted from a dirty river. Through her efforts, the hospital got access to a spring, but as the area’s population grew, so did demand for water. Households tapped into the hospital’s waterline, which was more than the spring’s pump could handle. So Sister Orea pushed again, this time with the result that volunteers from Water Engineers for the Americas and Africa, with local government cooperation, installed pipes and a water storage tank that now accommodates health care and other community needs.

It defies logic that any hospital could lack water, sanitation and hygiene. Yet this is a deadly reality, and a special challenge to the Catholic Church, the largest provider of health care around the world.

But should it take a tenacious sister and years of persistence for a hospital to get safe water? A new pilot initiative, led by the Vatican’s Dicastery for Promoting Integral Human Development under Cardinal Peter K. A. Turkson (who recently retired and was replaced by Cardinal Michael Czerny), is establishing another way to meet this fundamental global health need.

The facility assessments found plenty of gaps, including in labor and delivery wards, an area of pervasive neglect around the world. More than a quarter of the facilities provided birthing services without water in the delivery room, and 15 percent expected women to bring their own water to deliver. To be clear, Catholic facilities are not to be singled out here. Worldwide, more than 1 million newborn deaths each year are associated with unclean facilities and other hygiene issues such as a shortage of linens, and poor WASH conditions may stop pregnant women from seeking services in facilities with trained staff.

Across the world’s least-developed countries, 50 percent of health care facilities lack water on site and 63 percent do not have adequate toilets.

Assessments found other WASH problems that put staff and patients at risk. For example, 15 percent of the 151 facilities did not have water on the day of their survey, and a quarter reported going without water at least once a week. Nearly 60 percent said they do not treat water that often comes from unsafe sources, and nearly half reported that they did not have a line-item budget for WASH improvements and maintenance.

“If they had these basics, more babies would survive their first month, more children would grow to school age, more adults would be there to care for their families, and more health care providers would survive to serve in the next time of need,” according to Mary Louise Stubbs, D.C., executive director of Daughters of Charity International Project Services, which is supporting the Vatican initiative. Many women religious are highly trained physicians, nurses and ancillary professionals, Sister Stubbs said, “and they know that water is a rare treasure without which their work is crippled.”

The Dicastery knows this pilot project is only a starting line. But it is an important one. By prioritizing WASH in health care facilities, the Vatican is providing valuable global leadership and giving Catholics the opportunity to support life-saving work.

Some are already answering the call. The Parish Twinning Program of the Americas is creating a task force to see how churches can sustainably support facilities which they have existing relationships with, even if these parishes are not already in the Vatican pilot program.

Providence Healthcare Network, which has deep Jesuit roots, supports global WASH development by partnering with Catholic Relief Services to provide the Namalaka Health Care Facility in Malawi with piped water, improved latrines, safe disposal of infectious waste, appropriate sanitation and hygiene management. Providence is also a member of the Catholic Health Association of the United States, which plans to provide WASH in 10 facilities that serve communities across Haiti.

And the Conrad N. Hilton Fund for Sisters, set up by the hotelier to support the charitable works of Catholic sisters, directs 10 percent of its funds to projects that provide water to health facilities and their surrounding communities. The Fund’s executive director, Gina Marie Blunck, S.N.D., says that for the Vatican initiative, the organization will select facilities owned and operated by congregations of sisters and provide funding in collaboration with others.

This global health issue has remained under the radar for far too long, yet it is solvable. The intrepid Sister Orea completed her goal of bringing clean water and sanitation to Chiapas in October. Mere days later, she traveled to the sisters’ provincial house in Mexico City, where she died of ovarian cancer. We can certainly honor her life—and all life—by acting on her words: “Catholics work hard for human rights. The right to health is one of the most inalienable rights of the human being. Whoever has water, has life.” May her push for better continue. 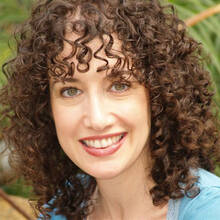 Susan K. Barnett is the founder of Faiths for Safe Water, an interfaith initiative that advocates for access to safe water. She is a former award-winning network news journalist with “PrimeTime Live,” “20/20” (ABC News) and “Dateline NBC,” and she now leads Cause Communications.