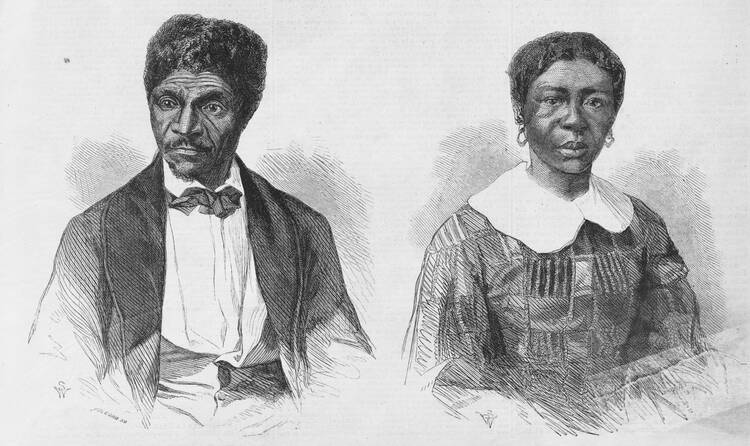 “Our word isn’t racism. It’s relationship.” Those are the words of Lynne Jackson, the great-great-granddaughter of Dred Scott, who joined “The Gloria Purvis Podcast” to discuss the Dred Scott decision and its ripple effects today.

In 1852, Dred Scott sued the state of Missouri for his freedom, invoking the “once free always free” law after living in the free state of Illinois. Ultimately, the Supreme Court, led by Chief Justice Roger Taney, ruled in a 7-to-2 decision against Dred Scott’s claim to citizenship and constitutional protections.

Lynne Jackson founded The Dred Scott Heritage Foundation to commemorate her ancestor’s story, to foster education around racial justice and to reconcile the descendants of formerly enslaved people with the descendants of slave-owners.

Ms. Jackson was able to connect with the descendants of Chief Justice Taney, and together they have spoken before colleges and legislatures, testifying to the past and present impact of Dred Scott’s case.

“Our word isn’t racism. It’s relationship.” Those are the words of Lynne Jackson, the great-great-granddaughter of Dred Scott.

“I was just grateful that we had come to a point in our country where we could have these two families speak together and know each other and respect each other,” Ms. Jackson said, “and have a moment where we could say, ‘We aren’t our ancestors and we want to see a better day for all of our children in our country.’”

In addition to modeling racial reconciliation between families today, The Dred Scott Heritage Foundation raised $250,000 to commission a statue of Dred Scott and his wife, Harriet, which stands outside the Old Courthouse in St. Louis, Mo., the only one in existence.

There still is no postage stamp for Dred Scott. The foundation started a Dred Scott Stamp Campaign to solicit required petitions, available at www.dredscottlives.org.