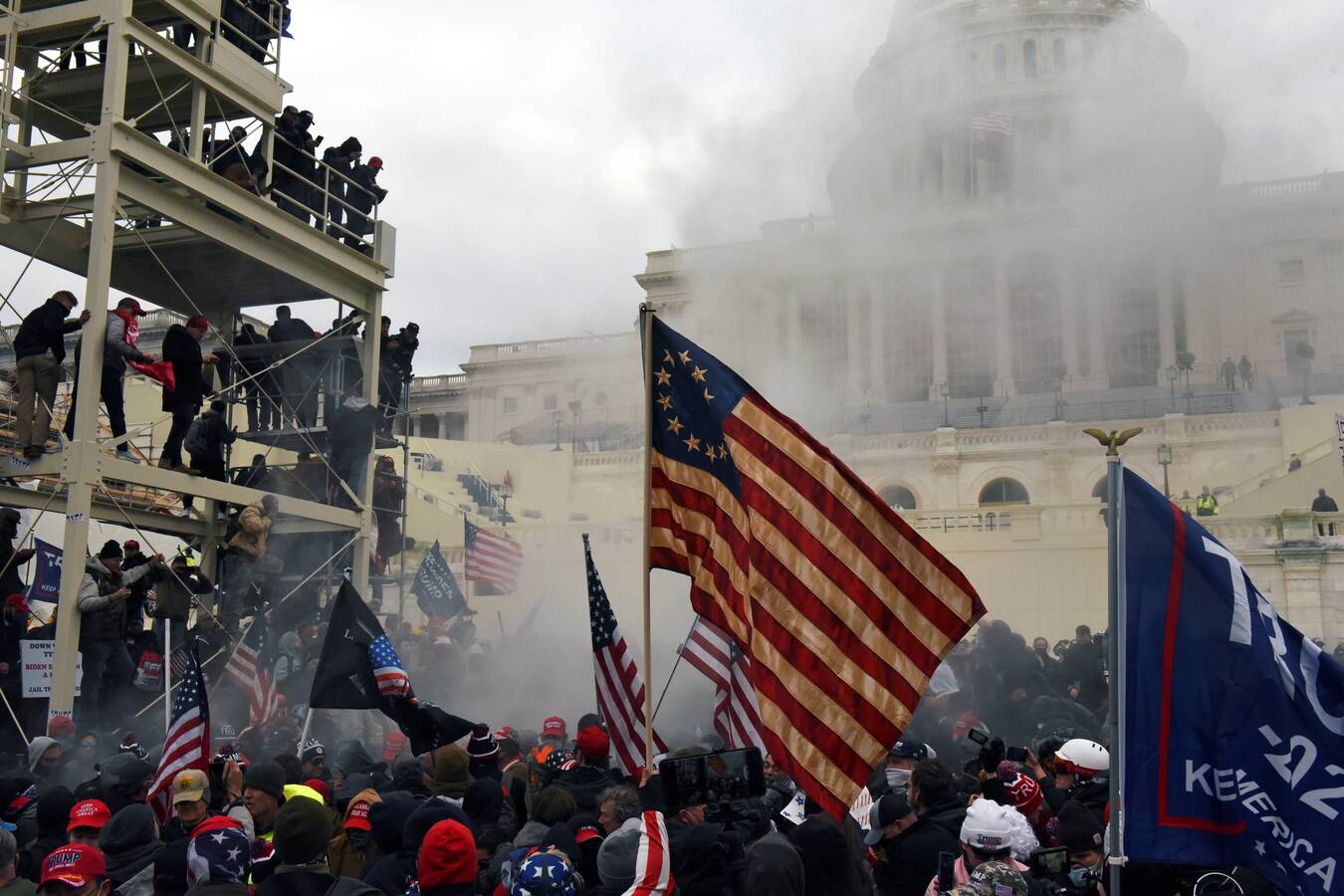 The January 6 Insurrection Is Still a Crisis for American Democracy

The first anniversary of the insurrection at the U.S. Capitol on Jan. 6 will no doubt bring plenty of commentary and analysis on that shocking moment, when we and the world saw that the United States, too, is a fragile democracy, as vulnerable to demagoguery and the exploitation of populist sentiment as anywhere else in the world. It is important to notice, however, how our reactions to that political nadir have changed over the past 12 months.

Jan. 7, 2021, was a day for shock and facing hard truths about an event that, had it occurred overseas, would be described by American media as a failed putsch. Even while some continued in their cynical objections to ratifying the results of a fair and transparent election, there was bipartisan consensus in denouncing the lawless and violent assault on a space previously held to be sacrosanct.

One year later, the degree to which our elected officials feel any sense of urgency in mounting a response to the events of Jan. 6 has become a largely partisan position.

Yet one year later, even while a House committee continues its investigation of the storming of the Capitol and various rioters on that day are prosecuted and sentenced, the degree to which our elected officials feel any sense of urgency in mounting a response to—or even to provide an account of—the events of Jan. 6 has become a largely partisan position.

The most significant political fallout has been borne, absurdly but perhaps predictably, by those Republican legislators principled enough to try to hold former President Donald J. Trump to account for his part in fomenting the attack on the Capitol. They are being purged from the party and its leadership, or are retiring in expectation of primary challenges from the right, and even their Republican colleagues who are not hounding them out are responding to this purge with silence.

To be sure, in observing that the response to Jan. 6 has become partisan, we are not arguing that the blame for that outcome must be equally shared by both parties. The Republican Party has become addicted to feeding the outrage and conspiracy theories of its base, and even those Republican officeholders who do not join Mr. Trump in cynical exploitation of that outrage have largely abdicated their responsibility to oppose it. In particular, moderate Senate Republicans have cooperated with their leadership’s project of obstructing Democrats at every turn, seemingly without extracting any concessions in defense of democratic norms or anything other than their own security in office.

Republicans have been able to decry the dangers of the Democrats’ “socialist” spending agenda while facing little to no political cost for their failure to oppose the demagogues controlling their own party.

The Democrats, however, have been mostly ineffectual in response to the moral collapse of the Republican Party. They have prioritized maximizing their expansion of the social safety net with the slimmest of majorities. Even though many of their policy goals are laudable, this political strategy means issues like voting rights and election security, as well as investigation of the Capitol riot, have been starved of public attention even while they are technically still on the legislative agenda. In consequence, Republicans have been able to decry the dangers of the Democrats’ “socialist” spending agenda while facing little to no political cost for their failure to oppose the demagogues controlling their own party.

There have been portents of this phenomenon elsewhere in our political history. President Richard Nixon resigned in 1974 before his impeachment came before the House of Representatives, but even if the House had voted to impeach, he would have faced a Senate trial in which a two-thirds majority would have been needed to remove him. And the Democrats held only 56 seats in the Senate, 11 short of conviction if the vote were along strict party lines.

Nixon resigned anyway, an outcome ensured by the realization—and the opinions of his close advisors—that after a year of damning evidence in the Watergate investigations, many Republican senators would vote against him in a Senate trial.

The immediate aftermath held no internal purges of Republicans who said they would have voted to impeach; no one argued that Mr. Nixon’s resignation was the result of fraud or was coerced, nor did it lead to disastrous political results for Republicans beyond that year’s midterms. While the new president, Gerald Ford, would narrowly lose his election bid in 1976, a Republican would occupy the White House for 14 of the 18 years that followed Mr. Nixon’s resignation.

Some have argued that Mr. Ford’s pardon of Mr. Nixon was itself a partisan move—and that it avoided disclosure of the whole truth about Mr. Nixon’s involvement in Watergate and its aftermath. At the same time, however, it is worth noting the following: that the senators and congressmen in Mr. Nixon’s own party did not offer a timorous fealty to him, and this made justice a possibility; that Mr. Nixon accepted responsibility, if not for his actions, then for their impact on the nation; and that some of Mr. Nixon’s political allies and appointees—including the future vice president Nelson Rockefeller, the future senator Daniel Patrick Moynihan and the Supreme Court appointee Harry Blackmun—proved to be anything but blind loyalists to Mr. Nixon’s politics.

In contrast, many of today’s Republicans are still actively seeking Mr. Trump’s approval and endorsement, or at least are trying to avoid having him target them for retribution. And Democrats seem to have resigned themselves to accepting that a large portion of the electorate, sufficient to hold power as a minority given gerrymandering and the design of the Senate and Electoral College, simply cannot be reasoned with or appealed to.

Before the 2020 election, America’s editors warned that Mr. Trump posed a substantive danger to the constitutional order of American democracy. While we did not then expect that caution to be as sadly vindicated as it was on Jan. 6, the anemic response following that day is no less a cause for concern.

To “secure the blessings of liberty to ourselves and our posterity,” the United States must be capable of holding to account those who abandon deliberative self-governance for a politics based on exploiting outrage and resentment even to the point of violence. That requires politicians and legislators who are courageous and strategically adept enough to arrange political incentives in support of that end, even at temporary cost to other priorities or their own electoral success. If our present officeholders are not up to the task, then at the same time that they protest and critique incumbents, the American people should also prioritize electing better replacements, even when our constitutional house is not visibly on fire. By the time we see the smoke clearly, it will be too late to run for the hoses.