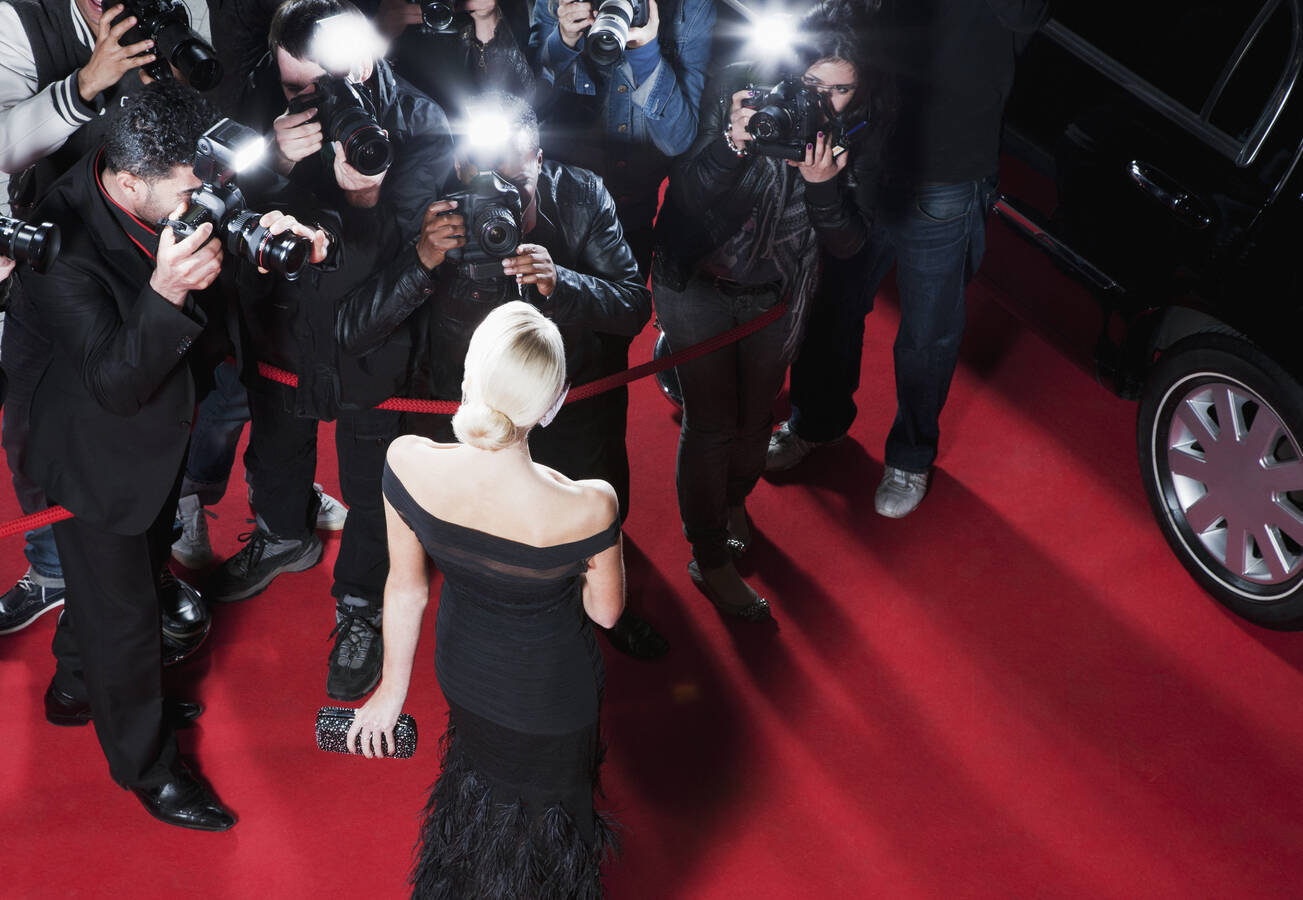 Can we please stop idolizing the decadent lifestyles that are destroying our planet?

On Monday, Nov. 8, Vogue published an article describing the recent San Francisco nuptials of photographer Tobias Alexander Engel to Ivy Love Getty, the great granddaughter of J. Paul Getty and an heiress to his oil fortune. Presided over by Speaker of the House Nancy Pelosi and starring a who’s who of famous and wealthy people, the wedding weekend featured endless theme parties; the complete takeover and redesign of San Francisco’s City Hall; a wedding dress made entirely out of broken mirrors—imagine having to exercise not to fit into your dress but in order to be able to carry it; IV drips for the morning after some of the events (no, really); and, overall, a level of extravagance that might cause the reader to recall Supreme Court Justice Potter Stewart’s famous quip that while he can’t define hard-core pornography, he knows it when he sees it.

As everyone but perhaps Ms. Getty and Mr. Engel would expect, people hate everything to do with this story. “I just rolled my eyes so hard I saw my brain,” tweeted one reader, on behalf of everyone.

Some crimes may be far more heinous than others—like making your “rescue” Chihuahua mix wear a designer dress—but still, are any of us really doing this climate change thing well?

But the story prompts some obvious questions, too. “If this wedding isn’t a clear sign of how this country chooses winners and losers, I don’t know what is,” tweeted one observer. “Powerful editorial in support of a wealth tax,” the Washington Post correspondent Philip Bumpwrote of the story. Speaker Pelosi, take note. We know you have your troubles with the left-leaning politics of “the Squad,” but this event encapsulates exactly the problems they have been highlighting.

Perhaps the most striking detail about the wedding is the fact that it occurred not only as the COP26 climate change summit was taking place in Glasgow but on the Global Day for Climate Justice, during which hundreds of thousands of people all over the world marched to push leaders to do more about climate change. Truly, Ms. Getty’s dress-of-broken-mirrors couldn’t be more fitting.

Obviously, this sort of decadence is exactly what the world cannot afford. The fact that the Getty fortune was built on the very oil consumption that is now in danger of extinguishing much of life on this planet only adds to the obscenity of it all.

But at the same time, part of the problem for all of us remains the fact that the normal cause-and-effect sequence that helps us make ethical choices is so highly attenuated when it comes to climate issues. Despite having a carbon footprint that seems likely to match some countries’ monthly or yearly output, Mr. Engel, Ms. Getty and their guests are not confronted by islanders watching their homes sink into the ocean as they picnic en masse at the Presidio the day before the wedding. They don’t watch tens of thousands of homes in Northern California burn as they dance and sing along to the oh-so-aptly-chosen Bon Jovi song “Livin' on a Prayer.”

Alongside messages of peril or challenges to try to shake us out of complacency, we need reminders of the blessings that will come with changes in our lives.

Likewise, I myself don’t see the wildlife choking or dying from heat exhaustion as I finish the lunch I just got from Pret a Manger, throw out the plastic container it came in along with a paper cup and tea bag, check for messages on my new iPhone and then return to my computer, which is always plugged in and drawing energy.

Some crimes may be far more heinous than others—like making your “rescue” Chihuahua mix wear a designer dress and necklace—but still, are any of us really doing this climate change thing well? Half the time I’m so overwhelmed by stories of our possible extinction that it makes me want to just give up trying at all.

But I was also struck by a comment my sister-in-law Julie made after reading the Vogue article. “Our wedding was so much better,” she texted me. “Your mom danced on the tables!”

(My mom is one of 10 women who have spent pretty much their whole lives as friends. Called simply “Club,” they do weekends away together, take big trips for big birthdays, stand with each other at tough times. And yes, a few of them are known for showing up at their children’s and grandchildren’s weddings and Irish dancing, sometimes on tables.)

Part of the problem in the ways we talk about addressing climate change is that everything is built around narratives of loss and sacrifice. “Here are all the things we need to stop doing.” It’s not that we are not capable of responding to such prompts. (See: The last two years of pandemic and all that most of us were willing to give up.) But without the urgency of an in-the-moment crisis, that kind of commitment becomes much more difficult both to generate or sustain. Only saints prefer the via negativa (and not even all of them).

Having everything you have always wanted sounds great, but the fact is, it often gets in the way of receiving the gifts you never knew you wanted or that you needed.

Alongside messages of peril or challenges to try to shake us out of complacency, we need reminders of the blessings that will come with changes in our lives, the positive relationships or opportunities that our own current lifestyles are actually keeping us from. In so many ways, the Getty wedding and the adoring Vogue transcript of its insanity are constructed around creating a sense of what the rest of us missed. While I daresay the world does not need any more of those, thanks very much, we do need the climate-friendly equivalents, stories of lives lived responsibly and with happiness. We need to find ways to highlight the better place that lies before us and our families, and create a similar sense of missing out on that.

Having everything you have always wanted sounds great, but the fact is, it often gets in the way of receiving the gifts you never knew you wanted or that you needed. Ms. Getty can have her wedding ring, inspired by Princess Diana’s (My dear, that marriage did not end well); her pre-wedding “Barbarella”-inspired party that took a week to set up; her seemingly endless set of only-to-be-worn-for-this-occasion new dresses. But give me a wedding reception in a repurposed hotel conference room where suddenly halfway through the night my mom and some of her best friends in the whole world are so filled with joy (and maybe Pinot) they get up and start dancing a jig on the tables.