If the Supreme Court overturns Roe v. Wade, what happens to the March for life? 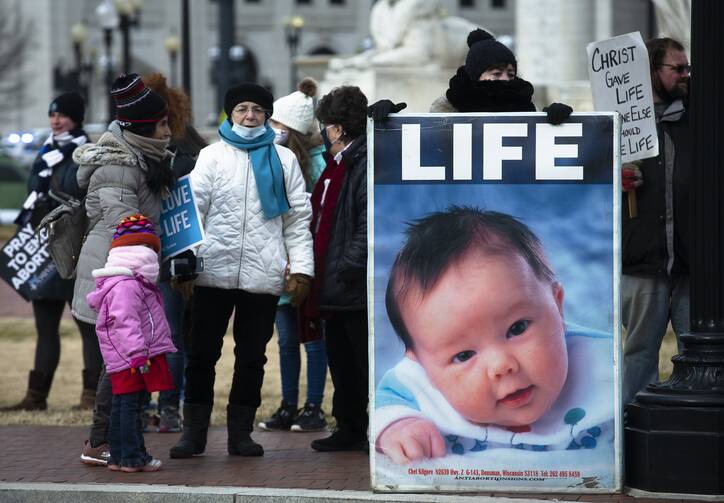 WASHINGTON (CNS) — It’s a question Jeanne Mancini has already been asked so many times, she has an answer ready to go.

On Dec. 1, the Supreme Court hears oral arguments in Dobbs v. Jackson Women’s Health Organization, an appeal by Mississippi to remove a lower court’s injunction on its law banning most abortions after the 15th week of pregnancy.

Should the court rule in favor of the state law in a decision to be handed down next year, overturning Roe v. Wade and sending the abortion issue back to the states, will there still be a need for the annual rally and march in Washington?

If the Supreme Court overturns Roe v. Wade and sends the abortion issue back to the states, will there still be a need for the annual rally and march in Washington?

Or will March for Life, a fixture since January 1974, instead become a decentralized arrangement of statewide marches?

“We will make an announcement if and when that happens,” Mancini, president of the March for Life Education and Defense Fund, told Catholic News Service.

State marches that began a few years ago, she said, were not planned in anticipation of any Supreme Court decision, but rather as a way “to strengthen the grassroots” and provide opportunities for activism for those who don’t make the long trip to Washington.

Carrie Severino, president of Judicial Crisis Network, identified the challenge should the court uphold the Mississippi law. “It really just puts the ball back in (the states’) court. There should be 50 Marches for Life,” she said during the Oct. 27 announcement of next year’s theme, “Equality Begins in the Womb.”

“We want to expand this rigorous debate about inequality” to the unborn, Mancini said at the Heritage Foundation, where the theme was announced.

“Injustice anywhere is a threat to injustice everywhere, including in the womb,” said Carrie Severino, the president of Judicial Crisis Network.

Calling the theme a cry for “inherent human dignity because of who we are in our essence,” she added, “Injustice anywhere is a threat to injustice everywhere, including in the womb.”

Father Frank Pavone, national director of Priests for Life, said in a statement that “it reclaims a key word—equality—and reminds us that unless children in the womb enjoy it, the rest of us lose it as well.”

The March for Life is scheduled for Jan. 21. The event, which starts with a rally near the National Mall followed by a march to the Supreme Court, is always held on a date near the anniversary of the Supreme Court’s 1973 rulings, Roe v. Wade and Doe v. Bolton, companion rulings that legalized abortion nationwide.

“It’s going to be one of the most significant years for the march yet,” said Severino. “This court has an opportunity like none it has had before with the Dobbs case.”

The Mississippi law was enacted in 2018, but it never took effect because a federal appellate court immediately blocked its enforcement. The state’s single abortion clinic is still performing them.

“Life is the right that unlocks all other rights. Human rights begin when human life begins.”

With Justice Amy Coney Barrett joining Justices Brett Kavanaugh and Neil Gorsuch, as well as Justices Samuel Alito and Clarence Thomas, Severino said, “we now have a majority of justices on the court who believe the Constitution must be interpreted according to its original understanding, and its original meaning.”

She predicted that “a lot of Americans would be relieved” at a decision overturning Roe, and accused “the dark-money left” of trying to add liberal justices to the court by increasing its membership.

Also speaking at the Heritage Foundation was Ryan Bomberger, co-founder of the Radiance Foundation, who criticized a statement Vice President Kamala Harris made during an Oct. 21 event marking the 10th anniversary of the Martin Luther King Jr., Memorial: “We must defend and strengthen the right that unlocks all other rights: the right to vote.”

“Not exactly, Madam Vice President,” said Bomberger. “Life is the right that unlocks all other rights. Human rights begin when human life begins.”

The turnout of more than 100,000 people for the 2020 March for Life is considered the all-time high for the event. Attendees packed the National Mall to hear President Donald Trump address the rally in person.

But in January of this year, the combination of the Covid-19 pandemic and heavy security following the Jan. 6 riot at the Capitol reduced the march to its smallest turnout—an invited core group of 80.

Instead of the usual march up Constitution Avenue, the group took a winding route through Washington streets to the Supreme Court and were joined midway by about 100 others.

[Related: Over 12,000 Catholics are praying for Nancy Pelosi to have ‘change of heart’ on abortion]

“We never thought of not doing the march,” Mancini told CNS. But, she added, she didn’t think she could comment on whether any of the current plans represent “back to normal.”

Mancini, who has headed the march since 2012 when she took over from its founder, the late Nellie Gray, said: “I wouldn’t call any march I’ve been part of a predictable march. It’s always been a little bit unpredictable.”

The bus pilgrimages that traditionally bring thousands of marchers to the nation’s capital also are difficult to predict for 2022 until reservations are confirmed by organizers and bus companies.

At the University of Mary in Bismarck, N.D., Ed Konieczka, assistant director of university ministry, said their goal is to have 240 students, about 50 more than in 2020, head for Washington on five buses, with an event to be held in Bismarck coinciding with the national march.

John Pratt, director of youth ministry for the Diocese of Fort Wayne–South Bend, Indiana, told CNS that “if we are able to go, my sense would be that we would have about 80% of the participation as compared to recent years. In 2019 and 2020, we sent 10 busloads (just over 500 pilgrims) from our diocese.”