The Vatican is worried about artificial intelligence 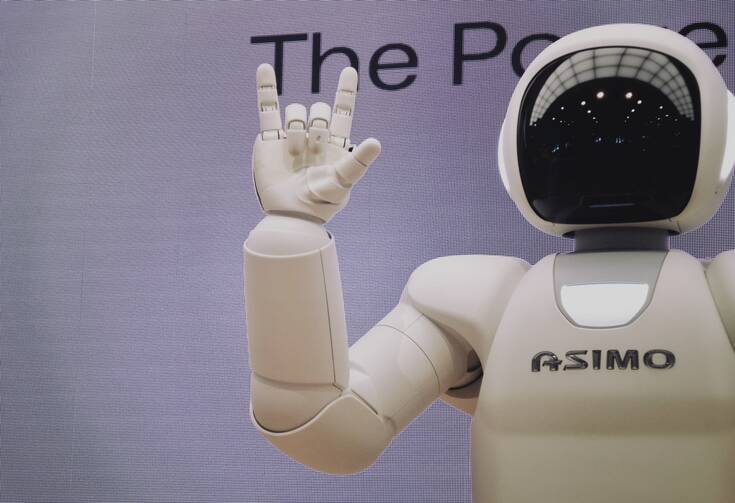 At a recent conference on the challenges of artificial intelligence, Christof Koch made clear in his remarks that the stakes were high: “By mid-century, humanity will be surrounded by ubiquitous, flexible, highly intelligent autonomous agents, and this will profoundly affect our future—including whether we have any.”

Dr. Koch—who is the chief scientist of the Mindscope Program at the Allen Institute for brain science in Seattle—was speaking to a group of roughly a hundred academics, diplomats and journalists. The conference was hosted by the Vatican at the Cancelleria, a 15th-century Renaissance palace in Rome, and centered around the theme of “the challenge of artificial intelligence for human society and the idea of the human person.”

This was the second event at the Vatican to focus on artificial intelligence, commonly abbreviated as A.I. Just before Italy entered into a nationwide lockdown last year, the Pontifical Academy for Life held a workshop on A.I. in February 2020. This workshop ultimately produced a “Call for AI Ethics,” which was signed by Microsoft, IBM, the Food and Agricultural Organization of the United Nations and the Italian government, in addition to the Academy.

[Related: What are the dangers of artificial intelligence in our brave new world of self-driving cars?]

Last week’s conference took an interdisciplinary approach, highlighting the need for the international community, governments, civil society and religious communities to address the myriad of issues surrounding A.I. Organized by the Pontifical Council of Culture’s secretary, Bishop Paul Tighe, and the German ambassador to the Holy See, Bernard Kotsch, the conference brought together a panel of speakers from a variety of academic fields.

While addressing the question of whether A.I. can produce consciousness, Dr. Koch highlighted the fact that, at least in most of the English-speaking world, philosophers who study cognition think that things (including machines) can be considered intelligent merely by virtue of what they are able to do, regardless of what they actually are. So, if a computer were hypothetically able to do everything that a human brain could do, it would be considered “conscious.” Dr. Koch said that “this is the dominant view in Silicon Valley and in the media.”

However, he said that he rejects this theory and argued that even if a machine imitates the conscious behavior of a human brain, it still “will not be conscious.” Even if a computer were programmed to run a simulation of a human’s brain activity to the point of behaving like a human, Dr. Koch said, it would still be a “deep fake.” This is because, unlike humans, computers “do not exist for themselves.”

Unlike humans, computers “do not exist for themselves,” said Dr. Christof Koch.

Another speaker, Matthias Lutz-Bachmann, professor of philosophy of the Goethe University in Frankfurt, Germany, examined the philosophical challenges raised by A.I. for our understanding of the human person and asked what role A.I. can play in the future for modern pluralist societies and democracy.

He spoke about how artificial intelligence is already being used in countries like Russia and China to undermine human dignity, including by helping governments suppress free speech. In these societies, he said, “the normative order of the democratic rule of law is endangered, and George Orwell’s vision of 1984 becomes true.”

Dr. Lutz-Bachman said we can only address these challenges “under the stable conditions of well-organized democracies and very strong legal systems,” as well as international law to protect human rights. “Otherwise,” he said, “the virtual reality of A.I. will destabilize national democracies.”

Indeed, Dr. Lutz-Bachman noted how the internet has already become a “weapon against democracies,” including through the spreading of misinformation. “The internet, its rules and algorithms, must be brought under legal public control in order to prevent its otherwise destructive forces,” he said.

When A.I. is used to undermine the dignity of citizens, “the normative order of the democratic rule of law is endangered, and George Orwell’s vision of 1984 becomes true.”

Another speaker, James Keenan, S.J., who teaches at Boston College, proposed using the concept of human vulnerability to address the challenges posed by A.I. “The contrast of vulnerability is not power or weakness, but domination,” he said, which he said is akin to humanity’s original sin. “The human tendency to flee from being in God’s vulnerable image leads to its contrast, domination.”

Father Keenan said that in ethical discussions about A.I., it is crucial to keep such big-picture questions in mind, especially when there is such a temptation in the tech industry to focus mostly on how A.I. can increase profits.

He ended his presentation by shifting focus to the designers of A.I. software themselves. “I am considerably concerned by the dominance of the designer, because as in human life, the designer more easily defaults to dominance than vulnerability.” Especially in the realm of A.I., Father Keenan said, society should be wary of “the ease with which dominance arises on the human horizon.”

Another speaker to delve into the A.I. and ethics debate was Helen Alford, O.P., a graduate of Cambridge University, who studied engineering before joining the Dominicans. She is currently professor of economics and ethics at the Pontifical University of St. Thomas in Rome, vice dean of its social sciences faculty, and a member of the Pontifical Academy of Social Sciences.

Since these systems “are going to have a big impact on society,” Sister Alford said, “the question is, how do we ensure that this impact is oriented as much as possible toward the good...[rather] than the opposite?”

Sounding a note of hope amid the conference’s anxieties about machine domination, she emphasized that humans still have agency in developing A.I. in an ethical way. “These systems are in our hands,” Sister Alford said. “We can direct the way they develop.”