Podcast: The Canadian Catholic Church’s role in the colonization and destruction of Indigenous lives 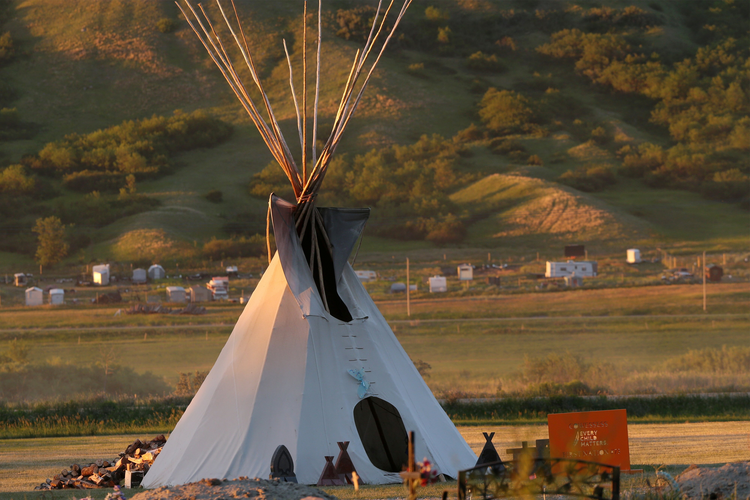 A teepee is pictured at a graveyard in the Cowessess First Nation near Grayson, Saskatchewan, July 6, 2021. A search found more than 750 unmarked graves at the former Marieval Indian Residential School, a government school run by a Catholic religious order. (CNS photo/Shannon VanRaes, Reuters)

Recent evidence of hundreds of unmarked graves at numerous residential schools in Canada has made headlines around the world. But the news is not new, says to Sam Rocha, an associate professor at the University of British Columbia.

The Catholic Church participated in Canada's residential school system in the 19th and 20th centuries, where 150,000 Indigenous children were sent against their wills to be assimilated into European settler–and Christian–society. An unknown number of children never returned to their families.

Gloria and Sam speak about the legacy of the church’s involvement in the residential school system and colonization more broadly. While some Catholics have felt the need to defend the church's actions in light of her evangelizing mission, Sam suggests that it's those Catholics who need to be evangelized to the Gospel.

Support The Gloria Purvis Podcast by subscribing to America Magazine.