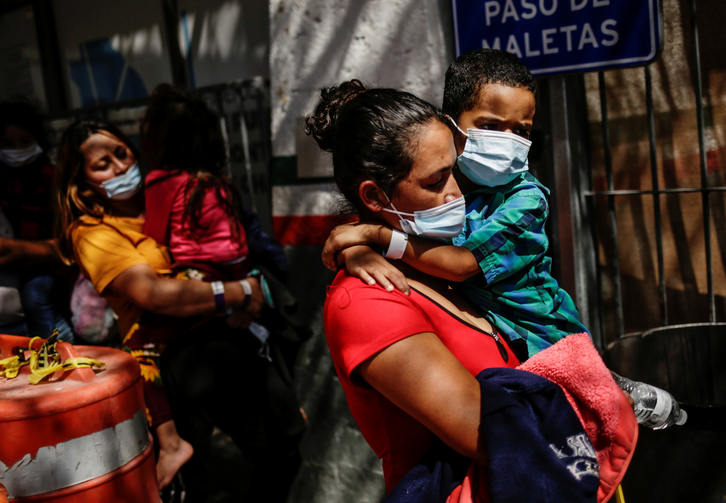 MEXICO CITY (CNS) -- Migrants arriving in Ciudad Juárez in recent years have remained stuck in the Mexican border city, unable to claim asylum in the United States and vulnerable to crimes such as kidnapping, robbery and extortion.

During the administration of former President Donald Trump, the categories for claiming asylum were reduced. Many asylum-seekers were forced to wait in Mexico as their cases were heard in U.S. courts. And with the pandemic, people were turned back immediately or expelled.

All of the difficulties caused distress, say activists working with migrants.

"There were people who had been in Ciudad Juárez for two years and were having many emotional problems due to this situation," said María Sajquim de Torres of Jesuit Refugee Services.

The tough psychological situation confronting migrants, Sajquim said, started prior to the inauguration of President Joe Biden in January, but it has continued under his administration.

"People really became desperate," Sajquim told Catholic News Service. "There were people who were in Ciudad Juárez for two years and were having many emotional problems due to the situation."

"The issues at the border of the United States and Mexico have often left thousands of people, nameless and faceless, in the headlines of our papers, but they are our brothers and sisters, and we are committed to walking with them, recognizing their inherent dignity and showing them our solidarity and support," Patricia Hernández Lopez, JRS Mexico director, said in an April 21 statement.

The initiative comes as migrants arrive at the U.S.-Mexico border in ever-increasing numbers, fleeing poverty, violence and the disastrous impact of twin hurricanes battering Central America.

Sajquim said many are arriving with the hopes of entering the U.S. quickly due to the change of government in January.

"Although it seems things have changed, what's seen is a more positive image," she said. "In reality, practices have not changed all that much. People continue to be expelled to Mexico."

With the new initiative to address migrants' psychological needs, Sajquim said she tries to establish contact with them.

"I speak with them," Sajquim said. "It's not sufficient (time,) but the idea is to enter into contact with them and give them some relief."