The current minimum wage is not just, according to the Catholic church. $15 wouldn’t be either. 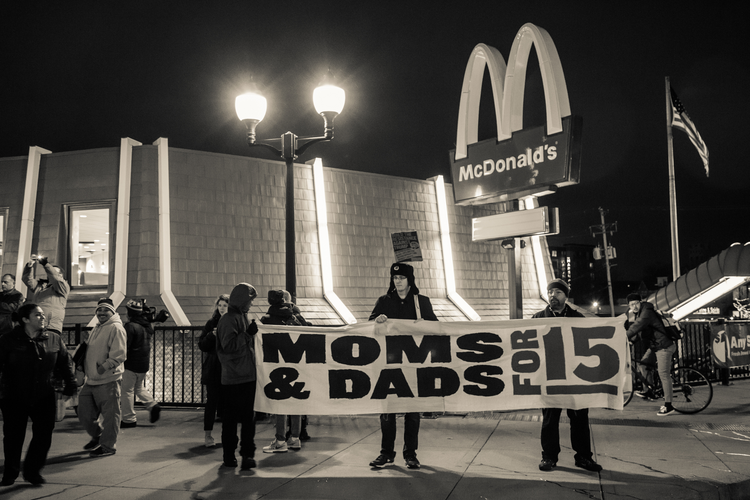 The parliamentarian of the U.S. Senate ruled in February that a plan to increase the federal minimum wage could not be part of the Biden administration’s Covid-19 relief package, the $1.9 trillion American Rescue Plan. Now supporters of a national raise for low-income workers have returned to Congress to push for a long-sought increase to $15 an hour.

It has been 11 years since U.S. legislators last voted to raise the minimum wage. It was bumped to $7.25 in 2009 and has languished there ever since. According to the Economic Policy Institute, after adjusting for rising costs of living, a full-time federal minimum wage worker today earns 18 percent less than what her counterpart earned 11 years ago—$15,080 annually in 2021, compared with $18,458 in 2009.

The U.S. Conference of Catholic Bishops has long supported a minimum-wage hike. In a joint letter to Congress with Catholic Charities USA in 2015, the bishops argued: “An economy thrives only when it is centered on the dignity and well-being of the workers and families in it…. A full-year, full-time worker earning the federal minimum wage does not make enough to raise a child free from poverty.”

The Jesuits partner with descendants of enslaved people they once owned and sold to raise $100 million for racial justice
J.D. Long-García

The current proposal to raise the federal minimum to $15 by 2025 would move millions of U.S. working people out of extreme poverty and would disproportionately boost wages for Black and Hispanic workers and women. But that wage hike would still result in a salary far below what the church considers a just wage—that is, one adequate to shelter, feed and otherwise support a family while providing enough income for savings and family recreation.

Many argue that the federal minimum was not intended to be more than a stepping stone or training wage for U.S. workers, downplaying its shortfall from what the church considers just. That dismissal ignores the explosive growth of low-wage jobs in the American economy. For many workers, the minimum wage does not represent a temporary stop on the way to more gainful employment but a wage ceiling that traps them in poverty.