The G.O.P. prizes Black Republicans — as long as they don’t alienate white members 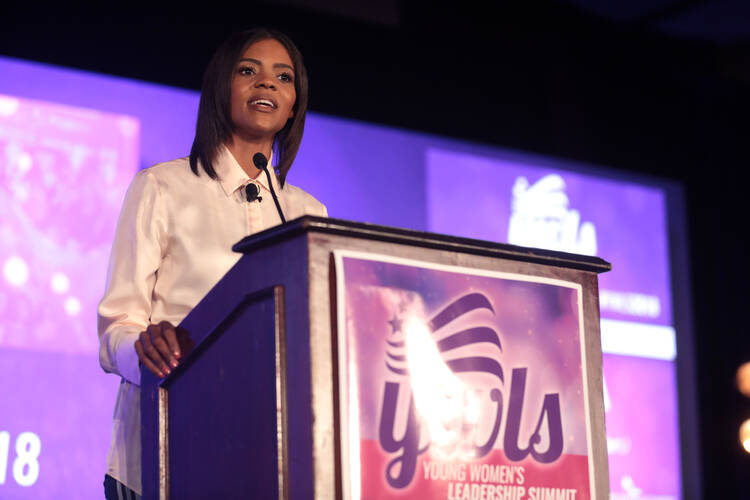 The political commentator Candace Owens, one of the Black Republicans who became more prominent during the Trump administration, speaks at the 2018 Young Women's Leadership Summit, in Dallas. (Gage Skidmore, Peoria, Ariz., via Wikimedia Commons)

As the entire nation grapples with issues relating to race and racial inequality, all kinds of organizations—from churches to businesses to neighborhood associations—are trying to demonstrate their commitment to racial diversity in a way that does not alienate white stakeholders. The Republican Party is no exception, and, in fact, it has long struggled to project an openness to diversity. But presenting a diverse coalition of support has particular resonance in the wake of the Trump administration.

The public representation of Black Republicans has certainly shifted under Mr. Trump’s leadership of the party. The social media personalities Diamond and Silk replaced Michael Steele, the Catholic former chair of the Republican National Committee. Former Milwaukee County Sheriff David Clarke was more relevant than General Colin Powell. Candace Owens supplanted Condoleezza Rice. Internet celebrities have taken the place of the legislators, military leaders and judges who used to stand as the “face” of Black Republicans.

Internet celebrities have taken the place of the legislators, military leaders and judges who used to stand as the “face” of Black Republicans.

This shift reflects many of the themes I found in my research for a book about the experience of being Black in the Republican Party. Through interviews with Black Republican activists, it became clear to me that most people understand these activists based on their relationships to other Black people. Those sympathetic to Black Republicans like how they reject the “group think” or “identity politics” that motivate other Black voters. But detractors call Black Republicans “sellouts” who have abandoned any commitment to other Blacks.

The Black Republicans in my study often complained that concerns about their racial identity resulted in a skeptical embrace from their white Republican counterparts. They reported that white Republicans were eager to have Black representation in the G.O.P., but this eagerness came with a concern that Black racial identity would take precedence over partisanship. As a consequence, they felt they had to constantly prove their conservative bona fides, especially with respect to policies perceived as especially benefiting Black people.

Invoking racism or discrimination as an explanation for racial inequality, Black Republicans told me, was verboten because that was inconsistent with party rhetoric.

Accordingly, the way that Black Republicans talked about race was critical in establishing their legitimacy with other Republicans. Invoking racism or discrimination as an explanation for racial inequality, they told me, was verboten because that was inconsistent with party rhetoric. Across the nation, I heard that white skepticism within the G.O.P. not only shaped how Black Republicans got to talk about their own racial identity but also structured how they framed conservative policies in relation to Black people.

That is, framing conservative policy as good because it benefited Black people was likely to alienate party leaders who disdained “identity politics.” For example, a race-blind framing of conservative tax policy would argue that lower taxes are good because they stimulate the economy or because the government has no right to take citizens’ money. In contrast, a race-conscious framing would argue that low taxes fuel the revitalization of Black businesses and neighborhoods. Among the Black Republicans who spoke with me, those who invoked the race-blind approach reported finding greater acceptance within the Republican Party.

Black Republicans also told me that their opportunities for advancement in the G.O.P. depended on sticking to the party’s dominant rhetoric on race. When the Republican Party embraces white grievance, articulates anti-Black policies and raises anti-Black voices, Black Republicans are less able to talk about Republican policies in ways that will uplift Black people. The Black Republicans who articulate ideas consistent with white grievance, or who work to undermine claims of racism, are given broad platforms within the party, even when those ideas are not particularly resonant with Black audiences. This race-blind messaging is not necessarily representative of what all Black Republicans think, but it is what the primarily white leadership of Republican organizations wants to hear.

Black Republicans who invoke a “Black power through conservative principles” approach or acknowledge the impact of racial discrimination are marginalized.

My research made me realize that the G.O.P. gets the diversity it deserves. When there is a shared understanding of how race should be folded into the political discourse and framing of Republican policy, Black Republicans and their white counterparts enjoy a mutually beneficial relationship. The Republican Party gains a descriptive diversity that has Black faces delivering the party’s message. Black Republicans and their organizations find themselves with access to resources—material and symbolic—that white Republicans are eager to make available.

I long for a Catholic Church that is unafraid to welcome Black people
Christopher Smith, S.J.

One way to think about Black Republicans is that they represent the challenges of being Black in white spaces. Their experiences stand out in the context of politics, but they are not unique. Indeed, the experiences of Black Republicans parallel stories of well-known Black people who have risen through predominantly white organizations. I have also heard from friends and family members who are embedded in organizations and institutions with primarily white leadership. Similar to the experience of Black Republicans I studied, they tell stories about engaging with organizations that proclaim to embrace diversity and inclusion but only want “diverse” voices that toe the party line.

As institutions respond to calls for racial equality, it is critical that we consider the organizations that Black people will be integrating into. The Republican Party provides an interesting case study of how the attitudes and preferences of organizational leaders shape the experience that these newly incorporated folks will have. In practice, the incorporation of “diverse” people into an organization is fragile and heavily conditioned on those people sharing the same orientation to thinking and talking about race and racism. 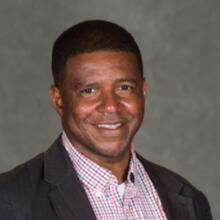 Corey D. Fields is an associate professor and the Idol Family Chair in the sociology department at Georgetown University. He is the author of Black Elephants in the Room: The Unexpected Politics of African American Republicans.

@coreydfields
Show Comments ()
Join the conversation: Login or create an account
Before you can comment, you need to update your profile to include your first and last name, as required in our comments policy. Then reload this page and you'll be set up for commenting. Update your profile