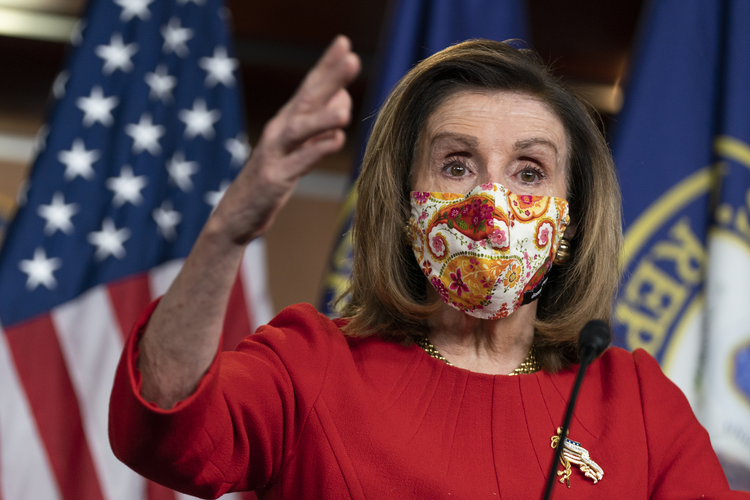 In this Feb. 11, 2021, photo, House Speaker Nancy Pelosi of Calif., speaks during a news conference at the Capitol in Washington. The Democratic-led House is poised to pass a bill that enshrines protections in the nation’s labor and civil rights laws for LGBTQ people, a top priority of President Joe Biden, though the legislation faces an uphill battle in the Senate. (AP Photo/Manuel Balce Ceneta)

The Equality Act, a bill that would ban discrimination on the basis of sexual orientation and gender identity, was introduced in the U.S. House of Representatives last week, with swift passage expected on Thursday, Feb. 25. A sweeping piece of legislation, the bill not only requires that “sex” be read throughout the Civil Rights Act to include “sexual orientation and gender identity.” It also expands the jurisdiction of the 1964 law beyond “public accommodations” to include any establishment or individual that provides services to the public, including health care providers. Religious exemptions generally afforded by the Religious Freedom Restoration Act are expressly disallowed.

Many commentators, myself included, have written about how replacing “sex” with the nebulous term “gender identity” in anti-discrimination law would upend hard-won legal protections for women, inviting those born as male but now identifying as women into female-only spaces, including not only locker rooms and sports teams but also prisons and battered women’s shelters, where women are particularly vulnerable to male aggression. Doctors would be required to provide, and insurers to cover, infertility-inducing hormonal treatments and surgeries, no questions asked.

But perhaps fewer are aware of the sly way in which the Equality Act’s sponsors seem to be trying to retool the Pregnancy Discrimination Act, transforming it from a law that is explicitly neutral as to abortion into a mechanism that may well be construed to require health care providers to perform abortions and states to fund them.

The Equality Act’s sponsors seem to be trying to retool the Pregnancy Discrimination Act, transforming it into a mechanism that may well be construed to require health care providers to perform abortions.

The original P.D.A., which was passed as an amendment to the Civil Rights Act in 1978, prohibits employment discrimination on the basis of pregnancy, childbirth or “related medical conditions.” Since the 1980s, the final clause has been understood to include abortion: An employee cannot be dismissed for obtaining one. But the text of the P.D.A. itself ensures that it not be interpreted to require employers to fund abortions, nor to prohibit them from doing so.

Abortion neutrality in the P.D.A. makes good historical sense. After all, it was necessary for keeping together the coalition of approximately 200 pro-life, pro-choice, labor and civil rights groups that lobbied for the anti-discrimination law in the late 1970s. But protecting pregnant employees so they might carry their pregnancies to term provided the raison d’etre for the law in the first place.

Both pro-life and pro-choice supporters of the anti-discrimination law well understood the financial and professional pressure pregnant women in the workplace often felt to abort. Indeed, the expansive new abortion right that Roe v. Wade had created in 1973, coupled with a 1976 Supreme Court decision that permitted employers to exclude pregnancy from insurance coverage, amounted, for some women, to a kind of economic coercion in favor of abortion.

Protecting pregnant employees so they might carry their pregnancies to term provided the raison d’etre for the Pregnancy Discrimination Act in the first place.

The implication of these high court decisions, as leading P.D.A. advocate and now Fordham Law professor Jacqueline Nolan-Haley then put it, was that “women employees should be willing to end the lives of their unborn children if they were financially unable to withstand a period of wage loss.” Then-Senator Joe Biden was equally adamant: “Many women, especially low-income women, may be discouraged from carrying their pregnancy to term. To put it bluntly, they will be encouraged to choose abortion as a means of surviving economically.” The P.D.A. was passed to protect pregnant women from this sad fate. The ill-named Equality Act that President Biden now enthusiastically supports would invite it.

In the wake of Roe, pro-choice legal thinkers—sensitive to the poor legal reasoning of the 1973 decision but also anxious to replace the negative “privacy” right with a positive duty to fund abortion on the part of the state—sought to recharacterize abortion as necessary for women’s equality and, thus, abortion restrictions as akin to sex discrimination. In the words of Harvard Law professor Laurence Tribe, “While men retain the right to sexual and reproductive autonomy, restrictions on abortion deny that autonomy to women.”

Should such restrictions on abortion be understood to contravene 14th Amendment’s equal protection, Mr. Tribe and others tell us, then pregnant women, like (unpregnant) men, would finally be able to autonomously determine the course of their lives. The Supreme Court decision Planned Parenthood v. Casey got advocates a bit closer to this goal, as the 1992 decision was grounded in “equality” reasoning. But Casey is no equality right: It allows a great deal more state regulation of abortion than Roe did and also permits states to prefer childbirth to abortion so long as the “ultimate decision” remains the woman’s.

Since the high court has not yet, and is unlikely to, protect abortion rights via the equal protection clause, amending federal sex discrimination law is the next best thing for pro-choice advocates. Thus, the drafters of the Equality Act have written into the bill a new free-standing prohibition on pregnancy discrimination, shorn of the neutral language found in the original P.D.A., which requires that abortion be treated no differently than other physical conditions.

And so, an institution or individual that provides or funds health care but not abortion (including, one assumes, state governments), would be discriminating on the basis of sex. Catholic doctors and hospitals would have no recourse to federal conscience protections.

The Equality Act takes us in exactly the wrong direction. It may be good for businesses’ bottom line, but it would be devastating for women and their families.

But requiring abortion to be funded by states and covered by insurers as “health care” would only further incentivize employers to prefer abortion for their pregnant employees over far more costly accommodations for parenting. Correcting this unyielding logic of the market was the whole purpose of the original P.D.A. Indeed, even with the P.D.A. in place, pregnancy discrimination is still rampant in the United States, and many women feel they need to hide their pregnancies at work.

Clearly, those with caregiving responsibilities are far more costly to their employers than the unencumbered, and big business is increasingly transparent about its economic incentives. As Doreen Denny reported last year, of the hundred plus chief executive officers who took out a full-page ad in The New York Times “stand[ing] up for reproductive health care,” only two of them are included among the top companies offering paid maternity leave. A 2020 report by Rhia Ventures, “Hidden Value: The Business Case for Reproductive Health,” recommends covering contraception and abortion as a way for employers to provide “high-impact benefits with low-cost investment.” And while debating whether an anti-abortion amendment to their state constitution would be voted on in 2022, Kansas Governor Laura Kelly argued that the right to an abortion was an “economic development issue.” Businesses “really look to see what kind of inclusive policies we have in place to make it easier for them to recruit and retrain a talented workforce.”

Update, Feb. 26: Language in the paragraph beginning “Abortion neutrality in the P.D.A.” was edited for clarity. 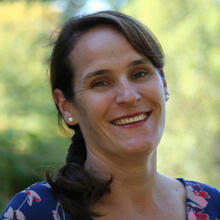 Erika Bachiochi is a fellow at the Ethics and Public Policy Center. Her new book, The Rights of Women: Reclaiming a Lost Vision, is forthcoming in July 2021.