Dear Catholics: Stop obsessing over the White House and focus on local politics 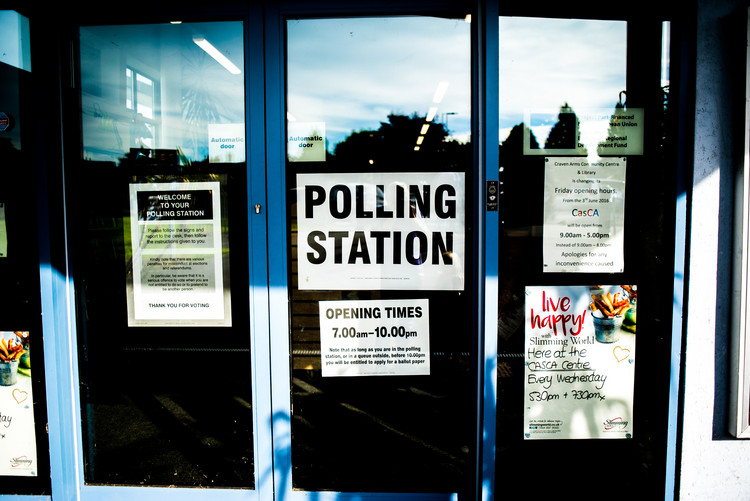 Photo by Elliott Stallion on Unsplash

I voted for the first time in 2016, which feels like yesterday and a decade ago at the same time. I love our country and I care about who leads it, but I find myself fighting against a sense of jadedness, especially as a young Catholic voter.

Since November, I have spoken to many other Catholic voters. Some are happy, some are angry, but most are just tired. Many of us have accepted that we are homeless in today’s political landscape. We do not fit neatly on the Red Team or the Blue Team because both parties want us to change something essential. I have always known that, but even with our second Catholic leading the nation, I realize something else: I will never really be represented by the president of the United States.

I say this because it seems almost impossible for someone who shares my values to become president. My first priority is to conform myself as closely to Christ as possible, but it has become clear that major-party candidates feel the need to conform themselves to their party as much as possible.

At least on the national level, the two political parties have taken on the trappings of a church: They all but claim infallibility on moral questions.

For example, as a Catholic, I believe a wealthy nation is obliged to help refugees, and I believe Catholic social teaching on the universal destination of goods and the preferential option for the poor. But the Republican Party promotes an “America first” mentality and calls safety-net programs “socialism.” At the same time, I believe children in the womb have a right to be born, in accordance with church teaching on human dignity and the sacredness of life. The Democratic Party believes we have the right to violate that dignity. So if I ran for Congress as either a Republican or a Democrat, I would likely have to give up or compromise on one of those principles in order to win a primary election.

At least on the national level, the two political parties have taken on the trappings of a church: They all but claim infallibility on moral questions. That said, I refuse to believe this rigidity is indicative of the country as a whole. Extreme partisanship is easy on Twitter, but it is harder in person and in your local community. It is possible to find a pro-life Democrat or a pro-immigrant Republican on a city council because the men and women who hold local offices are not as tightly bound to the ideologies of national partisan politics.

Indeed, the time I have spent focusing on national politics has only brought me anxiety and cynicism. I am too young to be feeling these things. That is why I look to Catholic social teaching’s principle of subsidiarity.

My local school board is just as important as the federal Department of Education, and I can actually do something about the former.

Subsidiarity is the principle that different levels of society (individuals, families, towns and states) should be governed by the least centralized power possible. Subsidiarity protects smaller communities from an overreaching central government but also requires these small communities to care for their citizens. These localities better understand the needs of their citizens and can act more swiftly and effectively to address them. For a long time, I had thought that being politically informed meant knowing what was happening in Washington. But now I realize that I need to invest time and attention in my own community, where it is much more likely that my voice will be heard.

I now realize that my first responsibility is to my family and community. My local school board is just as important as the federal Department of Education, and I can actually do something about the former. I cannot control whether Betsy DeVos or anyone else becomes the secretary of education, but I can campaign for my old high school teacher as she runs for my community’s school committee. I can check in on city council meetings, pay attention to who is on the ballot for my town, and make more of a difference than I can in national politics.

To take another example, when I was concerned about racial justice for African-Americans in my community, I sent letters to my state senator and to my U.S. senators. From my U.S. senators, I received well-written letters about their policy, but from my state senator, I received a phone call. We had an hour-long conversation about our ideas and our mutual Catholic faith. She informed me that she planned to redirect state funding to poorer school districts for at-risk students, and she invited me to call her office to follow up on her actions. In a way I do not feel about the president, I felt represented by her, and that gave me hope.

Similarly, my hometown has opened a community center for at-risk students. It provides a positive environment and can help to counter the school-to-prison pipeline in a way that feels impossible at the national level. While the federal government can pump money into local communities, it is up to those communities to take the initiative and directly tackle a problem.

So if you feel unrepresented in national politics, as many Catholics do, or if you are a young voter beginning to feel cynical about the process, don’t give up hope. By focusing your energy on your own community and local leaders, you can affect real, tangible change around you. If faithful Catholics across the country focused on their communities, our nation could move closer to Christ—not through a new federal law or an executive order from the president but through the holiness of our individual communities. 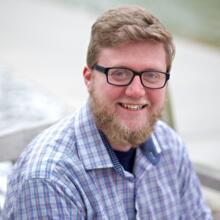 Patrick Neve is a writer and the host of The Crunch Podcast. He is based in Pittsburgh and is a graduate of Franciscan University of Steubenville.