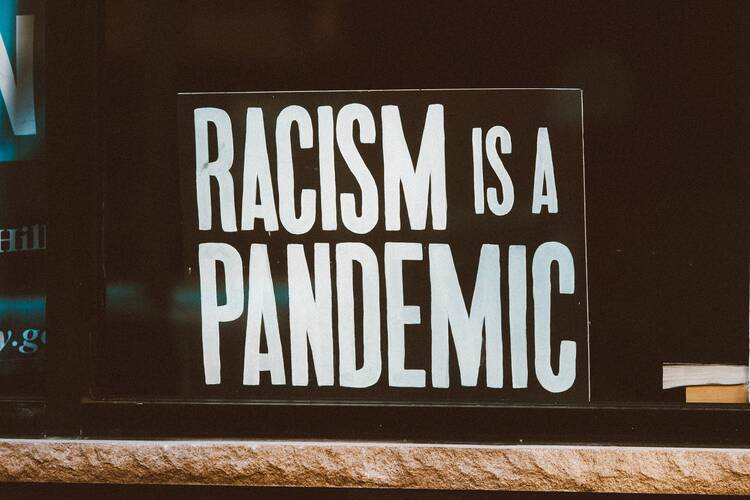 Sometimes I just want to scream.

When confronting the frustrations of American life Marvin Gaye used to sing, “Makes me wanna holler, throw up both my hands.” Do you ever feel that way? That at some moment in time, in some place in which you are situated, everything just overwhelms you? You lift your head toward heaven, you just open up your arms and, from the depths of your being, you let out a full-throated wail. I just want to scream today, and I wanted to scream yesterday and the day before that.

I am 6 foot 4 inches tall. I am nearly 70 years old. I have a responsible position in my community in Harlem. Ninety percent of the time, I am the image of the role I hold in our Catholic Church. Most of the time, I would not allow myself to scream. It would be unseemly for me to express the pain, the anger, the disappointment that I have felt for most of this last year. But God knows that I feel like screaming.

We have endured the isolation brought on by the coronavirus pandemic. Masks and social distance and lockdowns are the price we pay if we want to live. Working to feed the family and to keep a roof overhead has become an art. You have to do a sort of dance to keep your job or to get a job. If surviving the pandemic were not enough, the covers that muffled racial hatred and anger have been thrown off. Black people, people of color, gay people and non-Christian people are portrayed as a threat to the future of America. The threat from this coloring of America is so great that angry white men and women would besiege our world’s citadel of democracy to force our representatives to reject the will of the majority of the people.

And if that were not enough, the recent rollout of the Covid-19 vaccine is facing the skepticism of Black people. It is the historical skepticism that my people have toward anything designed largely by white people to help us. And then, on top of all this, our city was buried by the first real snowstorm we have faced in five years. With no restaurants, no movie theaters, no playgrounds, no gyms, no dating, no justice, no peace and no friends, it makes you want to holler and throw up both your hands!

One of my most treasured possessions has also become the outward manifestation of the pain and frustration I have been feeling. I have a watercolor painting by the African-American artist William Pajaud. The painting, titled “Abraham,” was a gift from the artist himself. Pajaud depicts Abraham, our father in faith, at the very moment when he must submit to God’s will by giving up his hope and taking the life of his son, Isaac. The painting is a line drawing, giving the viewer freedom to fill in the texture of Abraham’s rage and anger and appeal to God. The Patriarch’s arms are lifted, his head is thrown back facing heaven, and his fists are clenched.

Abraham might be called the first angry Black man.

For all Abraham’s faults, and especially for all his faithfulness, he did not deserve the threat of his son’s death. Even after God removes that threat and even after he frees Abraham from the burden of obedience, the terrible fact that God would trouble Abraham’s life in this way angers me. The artist William Pajaud was right to capture the rage and the anger and the pleading of Abraham. Abraham might be called the first angry Black man, and William Pajaud needed only to draw from his own lived experience to represent him in this way.

Many people have perhaps ignored the words of Job when they appear in Scripture. Perhaps you were distracted by one thing or another. Well, for my part, I could not afford to be distracted by Job’s words, following the tragedies that befell him, because I am not white enough nor powerful enough nor young enough nor secure enough to ignore the cry of Job. Job says, “My own utterance I will not restrain; I will speak in the anguish of my spirit; I will complain in the bitterness of my soul.” Like Job, I am an angry Black man because my own people, my own country, my own church, mother nature herself and even God my creator can seem so distant from me right now.

I am not white enough nor powerful enough nor young enough nor secure enough to ignore the cry of Job.

There is good reason why people like me (people who want to holler, people who are angry) have found solace in art. That groaning of the Spirit within me seeks form, seeks articulation. I will look to music to bear me up. Dancing helps me to soar. Drawing and painting offer imagery that re-presents me to myself. And the poet gives language to my hurt, my pain and even my hope. The souls of Black folk in America have always been revealed most clearly and enduringly through the expression of our artists. Even as I bemoan the ravishes of coronavirus; even as I suffered the public racism on display at the Capitol on January 6th; even as I mourn the fear of my people to receive the curative relief of a vaccine, I crave, I hope for, relief and healing from the pain and the darkness.

The poet Margaret Walker was able to chronicle era after era of Black pain, all the while insisting that our people have been believers. Yet even as we have remained faithful, she writes, “the long-suffering arise, and our fists bleed against the bars with a strange insistency.” Margaret Walker was correct. She was truthful.

This day for me is a long time coming. Covid-19 relief cannot be separated from a history of racial bias. The insurrection at the Capitol is not separate from the long history of Black disenfranchisement. The insecurity of some Black people regarding the vaccine is not distinct from a history of disrespect and disregard by the American medical profession. Seeing racism as systemic and as the original American sin fits easily with decades of white prejudice and Black marginalization within the American Catholic Church.

So yes, Margaret Walker is right: We have been believers, and now “the long suffering arise, and our fists bleed against the bars with a strange insistency.” My heart is bleeding, my fists are bleeding.

On Inauguration Day, the young poet Amanda Gorman spoke for my heart. Her poetry reflects her Black Catholic roots at St. Brigid Church in South Central Los Angeles. At the beginning of her poem, she says the following, “When day comes we ask ourselves where can we find light in this never-ending shade.” That is what we seek in this inexorable gloom. We seek light in the midst of what Ms. Gorman says is “the loss we carry and a sea we must wade.” We seek light.

The people of Capernaum were sin-sick souls.

We are told in Mark’s Gospel that, as the sun set on Capernaum in Galilee, Jesus dawned upon the town. The Gospel says that he had come to preach the need for repentance of sin and the good news of God’s forgiveness. As the sun set in Capernaum, they brought to him all who were ill and all who were possessed by demons. Soon, Scripture says, everyone in the town was gathered at the door of Simon’s house where Jesus was. They had come to the Lord in humility and in need. Their fists were bleeding against the bars with a strange insistency. Jesus was preaching repentance and as he did so he healed many of their sicknesses; many were freed from their demons.

Amanda Gorman asked where will we find the light in this never-ending shade? Well, there is a balm in Gilead to heal the sin-sick soul. Let the prophet Jeremiah rejoice. Let the angry and long-suffering be relieved. There is a healer in Capernaum. There is a healer here.

Racism has flowed almost unimpeded through our politics, our economy and our national religions.

So let me be abundantly clear: Racism is America’s oldest sin. It is a sin which finds new depth and new heights and new lengths in every single generation of our country’s history. Racism has flowed almost unimpeded through our politics, our economy and our national religions. The reasons and methods of American racism have affected our country’s ability to accommodate differences of race, gender, politics and sexual orientation.

We Americans are among the most sin-sick people on God’s earth. Our sickness goes to the very core of this country’s being. We will never heal in our government, in our economy and even in our churches until we face the fact that we are sinners who need to accept our history, in its achievements and its failures. We must repent of the sin of racism. Only then may all Americans be healed of our sickness and freed of our demons. Let us be assured that there is a balm in Gilead to heal our sin-sick soul.

Bishop Fernand Cheri, O.F.M., an auxiliary bishop of New Orleans and an African-American, spoke last summer to American religious superiors of men. He preached that the gift of Black people to this Catholic Church is our humanity, our resilience against systemic racism. He preached about that uncommon faithfulness we have toward God. Bishop Cheri said, considering our great American sin, that Black people become the face of God for this country. And until Black men and women are free in our government, in our economy and in our church, no American in our country will ever be free. 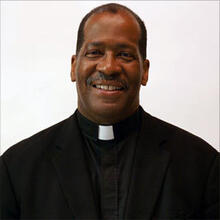 Gregory Chisholm, S.J., is pastor of the Parish of St. Charles Borromeo, Resurrection and All Saints in Harlem, N.Y. and Dean of Central Harlem. He belongs to the U.S.A. East Province of the Society of Jesus.