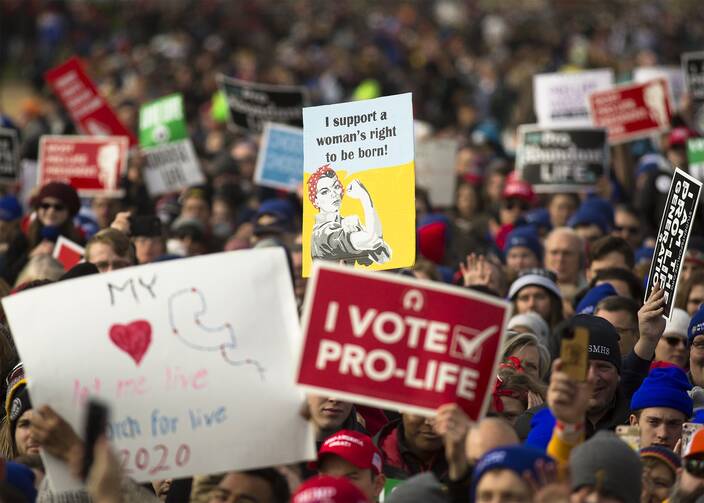 Abortion “is not an argument anyone is going to win,” Caitlin Flanagan wrote in a December 2019 essay for The Atlantic. “The loudest advocates on both sides are terrible representatives for their cause.”

Caitlin is a staff writer at The Atlantic, where she writes on politics and culture. She identifies as pro-choice. The hosts of this show identify as pro-life. But all of us yearn for a debate and conversation about hard issues like aboriton that isn’t dominated by the vitriol often demonstrated by the “loudest advocates” that Caitlin refers to. We model that and more in this week’s show.

During Signs of the Times, we discuss the first woman to be nominated with the right to vote as undersecretary of the synod of bishops; we also get into the controversy over Abby Johnson, a popular pro-life speaker and supporter of President Trump, delivering a speech at the Catholic University of America.

As always, thanks for listening. You can support the media ministry of America and unlock unlimited access to all our articles with a digital subscription for less than $1 per week. Subscribe here. And to get all that plus bonus content from Jesuitical, become a member of our Patreon community.

One woman can vote in next year’s synod. Others are ‘under consideration.’
Catholic University students object to pro-life speaker Abby Johnson, citing past comments on race
The Dishonesty of the Abortion Debate