A eulogy for the WASPs 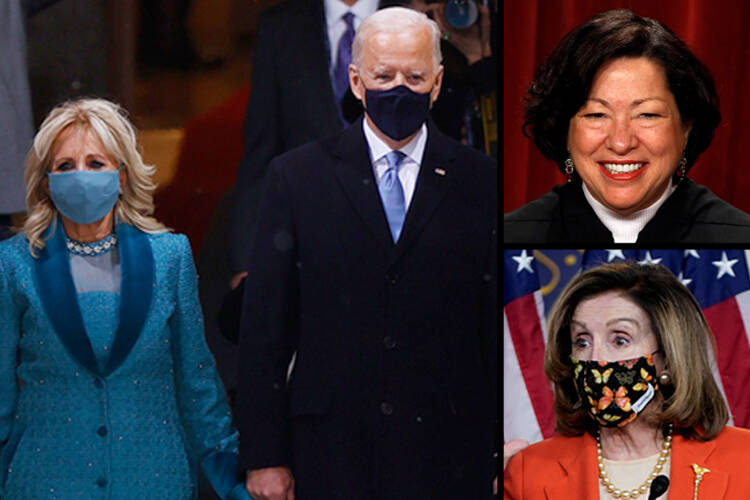 Tripp. Trey. Trace. All were names I had never encountered until I started graduate school in the Ivy League. But then I met them all, the third-generation scions of America’s white Anglo-Saxon Protestant establishment, people who popped their collars and owned Sailfish boats and who had never been to the Jersey Shore. Seriously, I thought to myself more than once, you call yourself Trey?

It is a puzzle to many Catholics, and I suspect to most families in the United States that don’t have a father named Powers or Percy. I was at a family vacation once (down the Shore, natch) and a fight broke out over how we were to identify ourselves. It was settled by a cousin who announced “that’s Jimmy the Cop, that’s Jimmy the Priest, that’s Little Jimmy, that’s Big Jimmy and that’s Old Jimmy.” The Mikes and the Bobbys in the room nodded along.

There are many Americas, but only one of them has held power since 1776. But guess what happened today? The Jimmys are now everywhere in the U.S. government.

After 250 years of golf and boiled chicken, the Treys do not hold a single position of power in the U.S. government. The newly inaugurated president of the United States, Joseph R. Biden Jr., is a Catholic. He keeps quoting the St. Louis Jesuits like we are at a 1988 first holy Communion Mass. His vice president is a woman of color. The speaker of the House of Representatives is a woman and a Catholic. With the victories of Raphael Warnock, an African-American pastor, and Jon Ossoff, who is Jewish, in the Georgia Senate race, Chuck Schumer is set to become the first-ever Jewish majority leader. The chief justice of the Supreme Court is a Catholic, as are five of his compatriots. Two of the others are Jewish. Three are women. The new attorney general of the United States is Merrick Garland. He’s Jewish.

After 250 years of golf and boiled chicken, the Treys do not hold a single position of power in the U.S. government.

You read that right. There is not a single white, Anglo-Saxon Protestant male heading up any branch of the U.S. federal government. Even the sole Protestant on the Supreme Court grew up Catholic—and he surely knows you can check out any time you want, but you can never leave.

It is not just at the top, either. Thirty percent of the House of Representatives is Catholic. In 2019, Representative Ilhan Omar read an Islamic invocation on the floor of the House. Another representative read from the Bhagavad Gita. Thomas Merton was quoted! The House, if not the Senate, is starting to look remarkably like the United States. The same is true in state legislatures around the country.

We should remember to praise Caesar while we bury him, of course: Despite being a very young country, the United States is the oldest democracy in the world, and the Tripps and Treys and Traces held things together for over 20 decades, providing space for millions upon millions to seek and achieve the American Dream. While it can be fun to mock the elites, we also need to recognize that much good has been achieved through the munificence and public service of many people.

It has been 65 years since John Tracy Ellis penned his essay arguing for Catholics to take a larger role in American intellectual life, and almost a century since The Atlantic published “The Jew and the Club.” Things have changed. It would be dishonest to claim the United States has somehow lost its love for bigotry—we have certainly found new groups to demonize—but we are nevertheless witness to a historic shift in governmental affairs this month.

When we look to cities like Houston or Los Angeles or San Jose these days, we see a new America being forged.

One would hope this would mean more attention to others who are underrepresented in the United States and more focus on helping the little guy, given the historical experiences of Catholics and Jews in the United States. And to be fair, this is still an old boys’ club in many ways. Note that basically every entitled and rage-filled right-wing pundit claims Irish-American ancestry. But when we look to cities like Houston or Los Angeles or San Jose these days, we see a new America being forged, where the verve and vitality come from immigrants from Latin America, from South Asia, from corners of the globe to which a few decades ago many Americans didn’t give a passing thought.

Sorry, Trey. We took your seat.