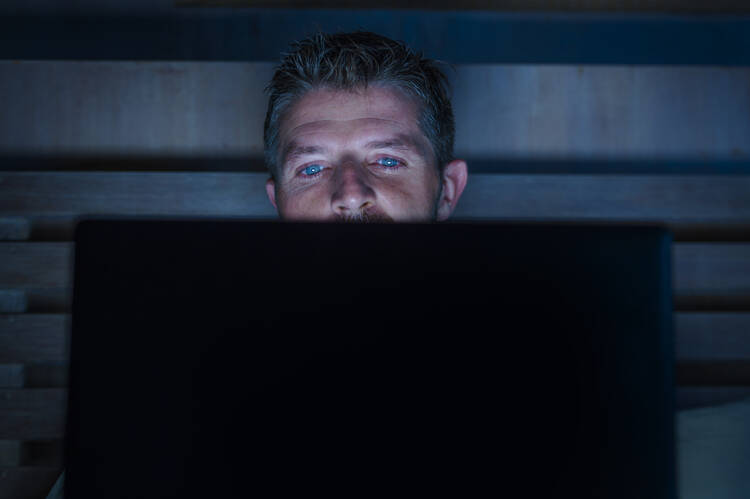 When I was 17, I was sexually assaulted by a boy of about the same age, someone I had known since I was 11. I told him no, and he kept going. When I realized nothing was going to stop him, I tried one last thing. It was a Saturday night. “How will you be able to go to Mass tomorrow?” I asked to no avail.

In my naïveté, I thought the church could be my protector, that merely invoking the sacrifice of the body and blood of Christ would save me.

The boy bragged that he had been watching pornography since he was 7. He was not unusual in his habits. After this encounter, the young person’s healthy delight in things like flirting and dating felt far from me. I couldn’t see masculine desire as anything but a threat, and any sort of desire became suspect to me. Desire meant consumption, and consumption meant transgression. Longing and seeking delight became moments of danger to me instead of parts of what it means to be human and to find God.

Longing and seeking delight became moments of danger to me instead of parts of what it means to be human and to find God.

As the years passed after the attack, every groping hand on public transportation, every catcall, the man who sat next to me on a train and forced a kiss on me with his stinking breath, the man who stuck his hand up my skirt when I reached to put up my overhead luggage on a plane—every one of these instances was a reminder that my consent did not matter, a replication of the terms that my attacker introduced me to. I began to realize that it was the lack of my consent that caused the thrill for my harassers, and I began to believe in my own nothingness.

Much current pornography is not only predicated on objectification but is deliberately centered around the violation of a woman’s consent. Mr. Kristof reports that some of the most disturbing content features the rapes of women whose eyeballs are poked to show that they are unconscious. In our age, the pornography industry and certain forms of pop culture have reshaped sexual desire into a search for an object with a kind of nothingness—no contrary will, no self-authority over the body, no voice, no consciousness. Perhaps we used to share the cultural fig leaf that mutual consent alone made objectification moral, but the connection between pornography and human trafficking suggests that we have not really advanced in our thinking about sex, that we are instead in danger of returning to an ancient idea of sexual satisfaction that rationalizes such horrors as sexual slavery and the rape of “enemy” populations during wartime.

The pornography industry has reshaped sexual desire into a search for an object with a kind of nothingness—no contrary will, no self-authority over the body, no voice, no consciousness.

On the night of my assault at 17, I tried to use the Holy Mass to stand between me and evil. I never stopped believing in God’s promises, but I did wonder why he did not just make me whole again. I would gaze at the Eucharist hoping that the pain would stop and I could return to the person I was before. If the process of religious conversion can be summed up as a story of the before and after, I felt that my life after the attack could be described in the same way. I used to be a whole person; now I felt like a walking wound.

Eventually I was treated for eating disorders and self-harm. Looking back from a healthier place, I realize that I was slowly surrendering to the terms of pornography. I was something to be consumed. I deserved to be an image rather than a person. And I deserved to have my wants and my good denied rather than recognized. After all, who listens to an image? The seeds of destruction that helped to turn my attacker into who he was also began to grow in me.

Augustine writes in his Confessions, “Without you, what am I to myself but a guide to my own self-destruction? When all is well with me, what am I but an infant sucking your milk and feeding on you, ‘the food that is incorruptible’ (John 6:27)?” Over the years, from my time in the presence of the Eucharist, I came to understand that I would never be the person that I used to be. But I also learned about the incorruptible food, about the Lord whose breast was offered to me for sustenance—and the difference from when my breasts had been exploited by someone who used me like a piece of trash.

Through my time before the Eucharist I have realized that unlike the person who violated my consent, the Lord does not bind the will of human creatures.

Christ’s body was wounded, like mine, but his body was wounded for me. He longed for me, but he did not threaten me. The light of the resurrection shone out of his wounds to heal mine. I realized that I could become the person I was growing into, and that person did not need to be the agent of her own destruction.

I had wondered why my invocation of the Lord had not rescued me on the night that I suffered so much. But through my time before the Eucharist I have realized that unlike the person who violated my consent, the Lord does not bind the will of human creatures. He puts himself before us to be loved, offering his love in return and inviting us to consent to feeding at his breast.

I’m a conservative Latina. Is there a place for me in Trump’s Republican Party after Charlottesville?
Ashleen Menchaca-Bagnulo

I wish I could say that I have completely found my way out of the dark places I went through. Happily married and with daughters of my own, I am better than I have been in a long time. But as our culture continues its march into the consumption of our darkest desires, I cannot look at my girls without wondering what they will have to endure.

We do not have to tolerate or acquiesce in this degradation of desire, but first we must recognize what is happening in our society. We have to realize that we cannot consume images without them changing our appetites and prospects for a good life, individually and collectively—whether we are the consumers or the consumed. And once a culture’s desires are shaped into darker forms, it is very difficult to return from that, to relearn what we should long for and to restructure our relationships, norms and expectations accordingly.

I am placing my daughters before the eucharistic heart with hope that the wounded Lord will feed them, as he has fed me. In the end, I still believe that it is only the Eucharist—Christ who desires and does not take but invites, Christ who offers himself in vulnerability instead of devouring our vulnerability while withholding himself, Christ who is the consumed instead of the consumer— that will save us from evil.

— St. Joseph is the patron saint we need in this pandemic
— Why is Darth Vader in the Vatican’s Nativity scene?
— Struggling with pornography? Matt Fradd says prayer (and therapy) can help. 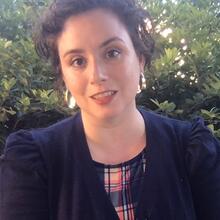 Ashleen Menchaca-Bagnulo is a professor of political science at Texas State University and a mother of two.