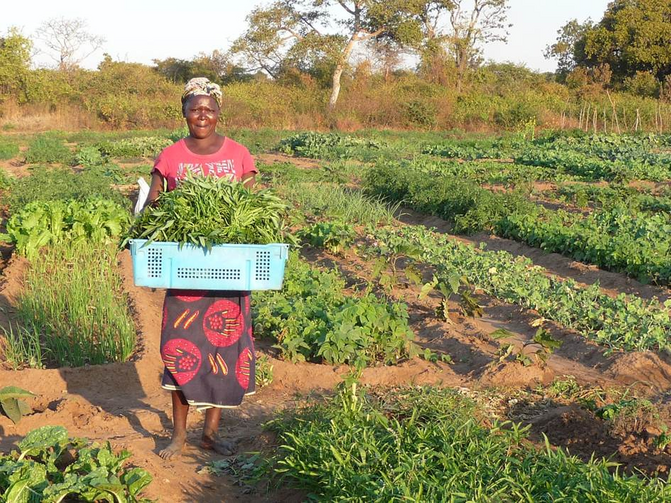 Jesuits in Africa are calling on the Catholic Church to press for better repayment terms on debt across the region after Zambia defaulted on a $42.5 million Eurobond coupon in November. The default sparked fears of a regional economic crisis and ripple effects on already struggling Zambians because of increased taxation and curtailed spending on social services, even as health needs increase because of the coronavirus.

Zambian officials managed to negotiate a deferral with the China Development Bank on a $391 million payment that had been due in October, delayed now until April 2021. Eurobond holders, however, rejected Zambia’s request for debt rescheduling.

Jesuits in Africa are calling on the Catholic Church to press for better repayment terms on debt across the region.

Now Zambia is expecting assistance from the International Monetary Fund to restructure repayment terms of the Eurobond coupons after a high-level meeting of fund officials and Zambian authorities in Lusaka in December. Zambia is the first African country to default on its debt obligations in the pandemic era but may not be the last.

Andebo Pascal, a financial expert and research officer with the Jesuit Justice and Ecology Network Africa, based in Nairobi, Kenya, urged the Catholic Church in Africa to press the case for debt relief for Zambia.

The church should be “advocating for initiatives like debt renegotiation for better terms and repayment periods and to encourage more transparency in borrowing, cheap borrowing and accountability in expenditures,” said Mr. Pascal.

The church should be “advocating for initiatives like debt renegotiation for better terms and repayment periods and to encourage more transparency in borrowing, cheap borrowing and accountability in expenditures.”

The Jesuit Center for Theological Reflection in Africa noted that Zambia’s fiscal deficit, its elevated inflation rate and the devaluation of the currency are additional jolts to the economy. A default on foreign obligations will mean that Zambia is not able to borrow and access more foreign currency. That will make imports into Zambia more expensive, muzzling growth and diminishing the competitiveness of the country’s exports.

Living conditions in the southern African country have persistently been characterized by “rapid weakening of the economy...which is jeopardizing the economic and social life of ordinary citizens, in particular the poor, the marginalized and the vulnerable,” said the center.

In November, Zambia’s annual inflation rate climbed to its highest level in four years, 17.4 percent. It had jumped to 16 percent just the month before. Additionally, the national currency, the kwacha, has depreciated by 33 percent against the U.S. dollar so far in 2020, creating more pain for Zambian consumers.

For many citizens on the streets of the nation’s capital, Lusaka, the country’s precarious fiscal state merited a default on debt payments, whatever the consequences. They seem more worried about government corruption than the consequences of default, perhaps more sharply perceiving the effects of everyday graft on their lives than the abstract impact of a missed Eurobond payment.

Some suggested that a default that results in renegotiation of the nation’s high indebtedness could be worth the short-term jolt to the economy. One Lusaka banker acknowledged that higher debt service was likely to absorb state funds now sorely needed to support social services. But, he argued, over the long term, today’s suffering would be worth it if the crisis leads to better governance and greater transparency on costly development projects.

“We should be able to sail out of this in the next few years,” he said, “and hopefully the authorities would have learned their lessons around debt sustainability and transparency.”

Zambian Bishop George Lungu: It is “time to take note of the silent cries of our people.”

Other Zambians told America that they worried the crisis could result in deeper economic deterioration and dimming of employment prospects.

“I hope we are not forced to pay more taxes to help the government address this,” said Nina Katongo, a 37-year-old shop attendant. “It will be a real burden on the people. Prices are already high and spending limited because everyone will be citing inflation and kwacha weakness.”

Zambia’s Catholic bishops have not explicitly criticized the government of President Edgar Lungu because of the default, but they have expressed concern about the nation’s economic meltdown and increasing political volatility. Bishop George Lungu, president of the Zambia Conference of Catholic Bishops, warned government officials that it was “time to take note of the silent cries of our people,” during a workshop on peacemaking in November. “It is morally unacceptable,” he said, “to allow certain trends to go on while we remain watching and waiting from our comfort zones.”

The crisis has given credence to long-held suspicions of corruption regarding bidding for public infrastructure development projects, some of which were funded by the country’s external debts. Mr. Pascal noted that some of the loans advanced to Zambia by global investors and other financiers “have been used for high cost infrastructure projects like roads, conference complexes and dams.” Now the purported benefits and revenue capacity of these expensive projects appear hard to justify as Covid-19 locks down economic activity.

“Some of the projects did not take into account the priority needs; they lacked proper tendering procedures and are also believed to have involved graft,” he said.

Zambia’s debt crisis has given credence to long-held suspicions of corruption regarding bidding for public infrastructure development projects.

And with Eurobond holders and other creditors to Zambia—which has an additional stock of debt to pay off in 2022—pressing to get more for their investment soon, any such “debt repayments continue to drain scarce public resources,” said Mr. Pascal, cutting into funds for social services and “increasing the vulnerabilities” of the majority of ordinary citizens in Zambia.

International Monetary Fund officials worry that Zambia’s default has come at a “time when debt vulnerabilities in the region were already elevated.”

According to an I.M.F. spokesperson, 17 sub-Saharan countries “are in debt distress or at high risk of debt distress.” The spokesperson declined to name specific countries, but Ethiopia, Angola, Nigeria, Ghana and Namibia are among African states that possess debt instruments that mature in 2021 and have already provoked concerns of default on the back of economic contraction because of the coronavirus pandemic and low oil commodity prices.

In 2020, Fitch Ratings downgraded seven of the 19 sub-Saharan states that it tracks—Angola and Zambia have each suffered two credit rating downgrades. These downgrades partly reflected pre-existing fiscal uncertainties but also escalating credit concerns because of the pandemic’s heavy hit to the regional economy.

Mozambique defaulted in 2017, but it has just about wiped its slate clean since then, with Fitch noting this year that some funders have resumed budget support flows.

Zambian authorities opted to default on all creditors rather than to pay off some of them. The country has now entered a period of renegotiating its debt; the outcome may be months in the making.

Ethiopia has been criticized for its heavy-handed attacks on the Tigray region, in a conflict that has eroded some of the earlier international confidence in Prime Minister Abiy Ahmed. The prime minister won a Nobel Peace Prize in 2019 but has governed over the re-emergence of conflict that is threatening stability and economic growth.

According to a report by the rating agency Moody’s, Ethiopia’s external debt as a percentage of G.D.P. currently stands at 28.1.2 percent, while the country has “at least one default event” on bonds or loans since 1983. The World Bank also noted that Ethiopia, alongside Cameroon, Central Africa Republic, Ghana and Kenya, stand at high risk of external debt distress The same report classifies Somalia as already in debt distress.

Charles Chilufya, S.J., the director of the Jesuit Conference of Africa and Madagascar’s Justice and Ecology Network Africa office, has called for debt relief, not just for Zambia but for all the other highly indebted and distressed countries. At the same time, he agrees that debt relief alone will not be enough to solve the region’s economic problems. There is also a need for accountability in debt handling and the creation of national capacity to pay back international loans.

“Zambia and other countries need more than just debt relief; they need justice via a new international economic model that, as Pope Francis said, gives life rather than kills.”

The Jesuit Justice and Ecology Network Africa office calculates the African countries’ external debt “in the wake of the Covid-19 pandemic” to be about $583 billion. This, said Mr. Pascal, is the “result of continued borrowing by African countries from multiple lenders at high interest rates,” owing to the perceived high risk attached to Africa, a perception set to be worsened by Zambia’s Eurobond default.

An I.M.F. spokesperson agreed that more will have to be done to deal effectively with Africa’s debt crisis. Although some countries in the region have benefited from the Debt Service Suspension Initiative of the G20 and through the I.M.F.’s Catastrophe Containment and Relief Trust, this “may not be enough” for others. There might be a need for “new official financing” in the period ahead.

“Where debt is unsustainable, restructuring will be needed by all major creditors, including private sector claims,” the official said by email, urging that at the same time the “international debt ‘architecture’ should be strengthened through, for example, greater debt transparency and better tools for managing non-bonded or collateralized debt.”

In their response to mounting debt load, Zambian authorities opted to default on all creditors rather than to pay off some of them. The country has now entered a period of renegotiating its debt; the outcome may be months in the making.

But negotiations will be perilous for Zambia, said Neil Thompson, Africa research analyst at the Economist Intelligence Unit. He warned that legal action against Zambia by Eurobond holders “is very much” a prospect. The Zambian default could haunt the country’s economy for years to come.

“We expect the recent default to push Zambia's economy into a second successive year of contraction in 2021,” Mr. Thompson said by email. He added: “Ultimately the Zambian debt crisis will not be solved in the short term, as Zambia’s policymakers will continue to prioritize securing re-election first.”

—Read: Pope Francis on the intimacy and grace of prayer
—In a parched land, God will bring abundance.
—Mexico’s Guadalupe celebrations move online to prevent a potential Covid-19 catastrophe

Show Comments ()
Join the conversation: Login or create an account
Before you can comment, you need to update your profile to include your first and last name, as required in our comments policy. Then reload this page and you'll be set up for commenting. Update your profile
More: International / Africa / Economics