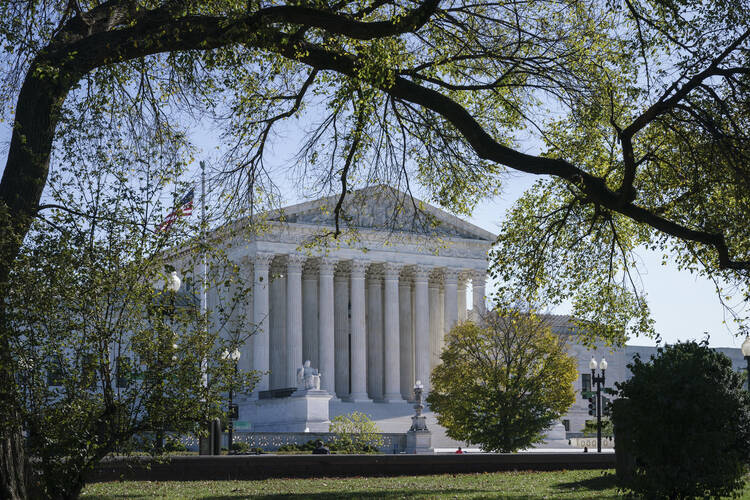 WASHINGTON (AP) — The Supreme Court on Wednesday seemed likely to side with a Catholic social services agency in a dispute with Philadelphia over the agency’s refusal to work with same-sex couples as foster parents.

The case is a big test of religious rights on a more conservative court.

Catholic Social Services, which is affiliated with the Archdiocese of Philadelphia, says its religious views keep it from certifying same-sex couples as foster parents. And it says it shouldn’t be shut out of a contract with the city to find foster homes for children. Philadelphia says it requires all the foster care agencies it works with not to discriminate as part of their contract.

With the addition of three appointees of President Donald Trump, Justices Neil Gorsuch, Brett Kavanaugh and Amy Coney Barrett, the court would seem poised to extend protections for religious objections to anti-discrimination laws.

Kavanaugh, for his part, suggested Wednesday there should be a way for Catholic Social Services to continue to work with foster families. The case, Kavanaugh said, requires the justices to think about how to balance “very important rights” the court has recognized: religious rights and the right to same-sex marriage.

The Supreme Court on Wednesday seemed likely to side with a Catholic social services agency in a dispute with Philadelphia over the agency’s refusal to work with same-sex couples as foster parents.

“It seems when those rights come into conflict, all levels of government should be careful and should often, where possible and appropriate, look for ways to accommodate both interests in reasonable ways,” he said.

Even liberal Justice Sonia Sotomayor seemed to recognize the court was sympathetic to Catholic Social Services. “If one wanted to find a compromise in this case, can you suggest one that wouldn't do real damage to all the various lines of laws that have been implicated here,” she asked at one point.

The justices heard arguments in the case Wednesday morning, as it was still unclear whether Trump or Democratic challenger Joe Biden had won the White House. Though the case in front of the justices was from Pennsylvania, among the battleground states that could prove crucial in determining who wins the presidency, there was nothing in the arguments acknowledging the ongoing contest.

The justices also said nothing about Trump's statement early Wednesday that he would take the election to the Supreme Court to stop the counting. It was unclear exactly what legal action he might try to pursue.

As they have been doing, the justices heard arguments in the case by telephone because of the coronavirus pandemic.

The case before the justices, seven of whom are Catholic or attended Catholic schools, began in 2018 after a Philadelphia Inquirer reporter notified city officials that two of the foster care agencies the city contracted with would not work with same-sex couples. One of the agencies, Bethany Christian Services, changed its policy.

Catholic Social Services did not, and the city stopped placing children with the agency, which sued. Catholic Social Services says it views certifying a family to be a foster family as an “endorsement of the relationships of those living in the home” and therefore its religious beliefs prevent it from certifying same-sex couples. It also doesn't work with unmarried couples.

The Trump administration has urged the Supreme Court to side with the agency, saying Philadelphia is unconstitutionally discriminating against religion.

Jessica Gresko—Associated Press
Provide feedback on this article
Join the conversation: Login or create an account
Before you can comment, you need to update your profile to include your first and last name, as required in our comments policy. Then reload this page and you'll be set up for commenting. Update your profile