How are politicians campaigning during a pandemic? 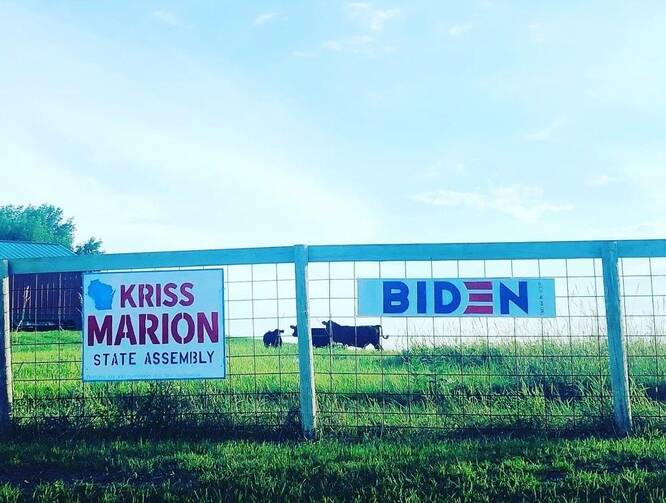 A pledge to visit all 50 states between now and the election? Dream on.

Press the flesh? Nope, not this time.

Campaigns are now conducted in real time -- faster, if candidates could find a way.

Flattening the 24-hour news cycle is electronic media. If TV can't or won't air an event live, just set aside some funds to stream it live.

But that assumes events can be held during the coronavirus pandemic.

When President Donald Trump staged a campaign rally in June in Tulsa, Oklahoma, he was plagued almost from the start. First, attendance for the event was only one-third capacity; stories surfaced about non-fans reserving seats online knowing they'd never use them. Those who did get in had to first sign a waiver shielding the Trump campaign from all liability should they contract COVID-19. Herman Cain, who had been a Republican presidential aspirant in 2012, attended that rally. He contracted the coronavirus, spent a month in the hospital, and died July 30 at age 74.

The Trump campaign has since filed a trademark application for the term "tele-rally."

Both the Republican and Democratic national conventions were scaled-down affairs, conducted mostly online. With the exception of some calamari-wielding Rhode Islanders, gone were the garish costumes and displays supporting their candidate, party and country, not necessarily in that order. Gone, too, were most of the reporters who covered what had been a weeklong spectacle.

Gone -- but not quite missing in action -- were the candidates themselves. Former Vice President Joe Biden, the Democratic nominee, has made most of his campaign addresses from home or a high school gym in Wilmington, Delaware. Trump delivered his nomination acceptance speech from the South Lawn of the White House lawn after considering the Gettysburg National Military Park in Pennsylvania.

But the pandemic is affecting campaigns -- and their people -- at every level, from the candidate to the campaign volunteer to the hired gun.

Kriss Marion, a third-term county supervisor in Wisconsin, is running against a three-term incumbent for the Wisconsin Assembly, the state legislature's lower chamber.

Marion, who attended Catholic Rural Life's 2014 "Faith, Food & the Environment" symposium in St. Paul, Minnesota by virtue of her work with her local National Farmers Union chapter, calls herself "a hard worker," but the nature of the work is different in this election cycle.

What's different? "Basically everything," she laughed. "We're not knocking on doors" -- a great disappointment to her because "I love, love, love knocking on doors, talking to neighbors." Instead, "we're putting that (energy) back into phone calls."

The Editors: The U.S. mail offers a safe, simple way to vote in a pandemic
The Editors

Around the world, democracy is at risk from the coronavirus
Bill McCormick, S.J.

"I'm trying to do as many community events as possible, but there aren't a lot of events," Marion added. "Last time I did 50 events" in an unsuccessful bid for a state Senate seat in 2018, she said. "This year I've done one so far."

Patrick Hunt had been a city dweller, working in Washington for a labor union and retiring to New Jersey, all the while pitching in on get-out-the-vote drives. He's since relocated to Garrett County, Maryland, population 29,000.

Two years ago, he helped in the campaign of a woman running for a county commissioner's seat. "What we really counted on was lots of face-to-face contact, door knocking and stuff like that," Hunt said. "In the last election, we had 3,500 registered Democrats and we knocked doors on 2,000 of them."

That's not likely to happen in 2020, he acknowledged.

Hunt and many of his fellow campaign workers are hand-writing postcards to support candidates. That's the low-tech side of campaigning.

"It's all matured, the whole digital thing," Hunt said. "I'm pretty decent with the database," he added, but "my daughter's actually one of those people" who knows her way around the digisphere. "I can't do what she does."

With person-to-person contact severely reduced due to the pandemic, one way for campaigns to spend their cash is through digital media. Seven-figure ad buys by presidential campaigns are not uncommon.

Adam Parikh, president of Gigawatt Media in Wauwatosa, Wisconsin, a dozen miles west of downtown Milwaukee, is a practitioner of the social media arts. He has worked on political campaigns from Wisconsin Assembly seats to governor's races to presidential primary elections.

Parikh recalled, "Where I cut my teeth and did my biggest numbers was against the way I vote, but I did it anyway because they sought me out and gave me the opportunity," said Parikh, who did not disclose to CNS either his own political leanings or those of the candidate whose campaign hired him. "I was promoting ideas I didn't necessarily believe and was attacking people I was going to vote for," he added.

Parikh, now in his mid-40s, said he is more interested in "the hyperlocal, what's happening in school boards, knowing who the school board candidates are -- older persons and mayors. I think I've more or less closed ranks and tuned out the national narrative of the moment" -- even to the point of deleting certain apps from his phone.

"I don't follow politics anymore," Parikh said. Given the high decibel level -- and low civility level -- of politics these days, he added: "I just stick my fingers in my ears."