The Editors: The U.S. mail offers a safe, simple way to vote in a pandemic

The Editors: The U.S. mail offers a safe, simple way to vote in a pandemic 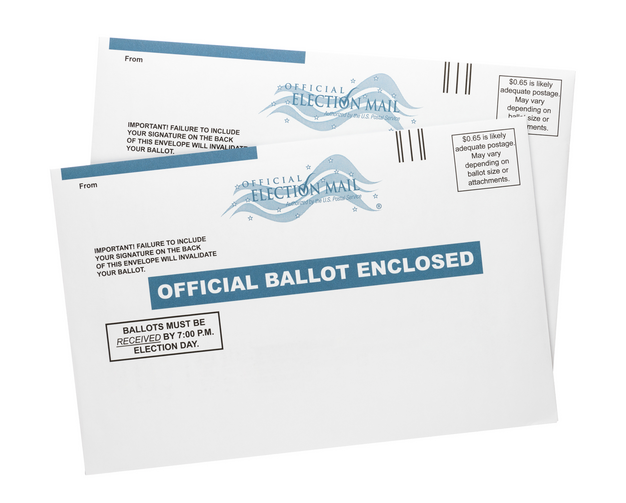 Caption: Mail-in ballots enable a person to vote through the mail instead of in person at a polling place. (iStock)

Our election system—or, rather, our 50 different election systems—were already attracting scrutiny before the Covid-19 pandemic. Now we face a presidential election that may force citizens to weigh the health risks of standing in line for hours, sharing papers and pencils, and deliberating over ballots in stuffy, crowded school rooms and church basements. But there is a safe and proven way to conduct elections without exposing people to infectious disease: by mail.

President Trump has repeatedly claimed that voting by mail invites election fraud, but this assertion is of a piece with his hostility toward other efforts to make it easier to vote, including extended periods for people to vote in person. In fact, five states now regularly hold elections entirely by mail without major problems, and 34 others allow “no excuse” absentee voting by mail. It is likely that many or all of the remaining states will consider the threat from the pandemic a valid reason to vote absentee this year. In the last presidential election, almost one-quarter of all votes, or some 33 million, were cast in all-mail states or through absentee ballots. Indeed, Mr. Trump himself and at least a dozen members of his administration have histories of voting by mail.

We just need the patience to let election officials do their jobs by checking ballots, even if it means we do not get instant results on Election Night.

This is not a new or untried system. According to the Brennan Center for Justice, there is no evidence that voting by mail is more susceptible to fraud than in-person voting. In fact, there are many security measures, including the matching of signatures, to insure the integrity of mail-in ballots. We just need the patience to let election officials do their jobs by checking ballots, even if it means we do not get instant results on Election Night.

Mr. Trump has also claimed that voting by mail “doesn’t work out well for Republicans,” but there is no evidence of a partisan advantage in states and counties that have adopted a system of all-mail voting. A Stanford University study in April concluded that voting by mail results in a slight increase in participation among members of both major parties. The Republican Party has long encouraged older voters and those in rural areas to mail in ballots where possible; it is fair for voters in urban areas to use this option to avoid standing in line for hours.

This does not mean that switching to a presidential election conducted mostly by mail will be easy or inexpensive. Any change to the election process requires months of planning and outreach to voters, and each state should already be in the process of making any legislative changes and providing any funding needed for a smooth transition. Our national elections would also benefit from uniformity in election laws across states, and this standardization need not always go in the direction of making voting easier. For example, states could ban practices like “ballot harvesting,” in which third parties collect ballots to deliver to election offices.

There will no doubt be objections that having at least 50 different election systems, with different requirements for voting and extreme variability in how convenient it is to vote, is essential to the U.S. tradition of decentralized government. But conducting a national election is not the same as running a school system or drafting zoning laws. The legitimacy of an election result depends on the electorate accepting the voting process as fair and consistent wherever a voter may reside. We already have widespread confusion and uncertainty from a lack of national coordination in dealing with the Covid-19 pandemic. Ensuring that each U.S. voter has an opportunity to cast a ballot by mail this November is a goal that should transcend state lines and partisan differences.

More Election Stories from America:
-Bishop Seitz: Single-issue voting has corrupted Christian political witness
-Jeannie Gaffigan: My loved ones told me ‘real’ Catholics vote for Trump.Here’s my response.
-Can a pro-life Catholic vote for Joe Biden? Vatican II has an answer.
-President Trump kept his promises. That’s why, as a Catholic, I want four more years.