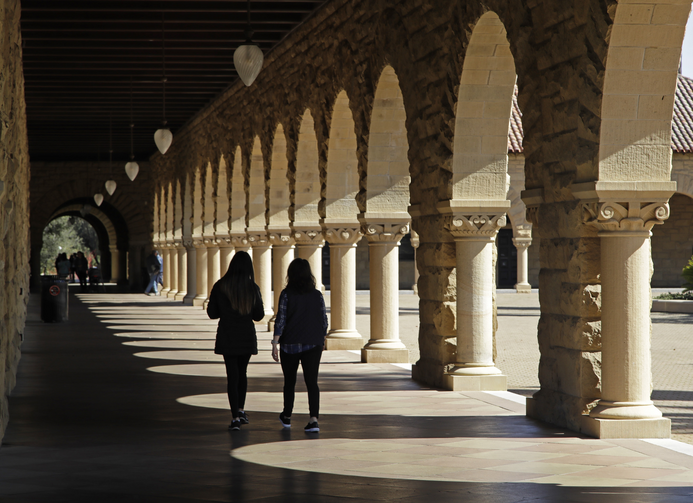 The study was conducted by research teams from the Ohio State University and North Carolina State University in partnership with Interfaith Youth Core, a nonprofit that promotes religious diversity education in colleges and universities. Students were surveyed when they entered college, after their first year and in the spring semester of their senior year.

“The main finding here is that when we ask students how much time do they spend thinking about religion and faith, and non-faith based traditions, they spend less time thinking about different religions than they do thinking about things like race or LGBT issues or international issues,” said Matthew Mayhew, one of the study’s lead researchers and a professor at the Ohio State University.

“So, the question becomes, how do we successfully integrate religious differences into the narratives involving diversity and inclusion?”

The study found that 93% of college students report creating a friendship with someone of another religion or worldview by their fourth year of college.

“We have learned that students are strongly committed to bridging religious divides. In fact, they come to college embracing those values and remain committed to them over time,” said Alyssa Rockenbach, one of the lead researchers and a professor at North Carolina State University.

“However, there is a gap between values and behaviors. Compared to the numbers of students who value bridging religious divides, much smaller numbers actively engage religious differences.”

The study found that 65% of students reported trying to build relationships with those who hold religious or non-religious beliefs that they disagree with. And 63% of students interacted “primarily within their own religious or worldview communities—and therefore avoided addressing differences altogether.”

Researchers said that students are more open to getting involved in activities that involve religious and worldview differences when they feel supported and safe.

“Unfortunately, IDEALS also shows that not all students believe their campuses are welcoming of diverse religious perspectives,” the study said.

“On-campus incidents of intimidation and antagonism can create an environment that feels hostile rather than welcoming. Alarmingly, such incidents—most notably those targeting Jewish and Muslim students—have been on the rise in recent years.”

Researchers said that colleges must strive to do more to prepare students for their lives after graduation.

“The main recommendations are to make sure that campuses take religion seriously, that they strategically think how to locate religious diversity in conversations around diversity requirements,” Mayhew said.

Other recommendations include ensuring that campuses are welcoming places for religiously diverse students by providing them with opportunities for informal interaction at social events, study groups, and other activities. Educators are also advised to help develop conditions for interfaith friendships to evolve through leadership trainings, class projects and study abroad opportunities.

Colleges should also create opportunities for students to challenge their assumptions about different worldviews.

Luis Andres Henao - Associated Press
Provide feedback on this article
Join the conversation: Login or create an account
Before you can comment, you need to update your profile to include your first and last name, as required in our comments policy. Then reload this page and you'll be set up for commenting. Update your profile