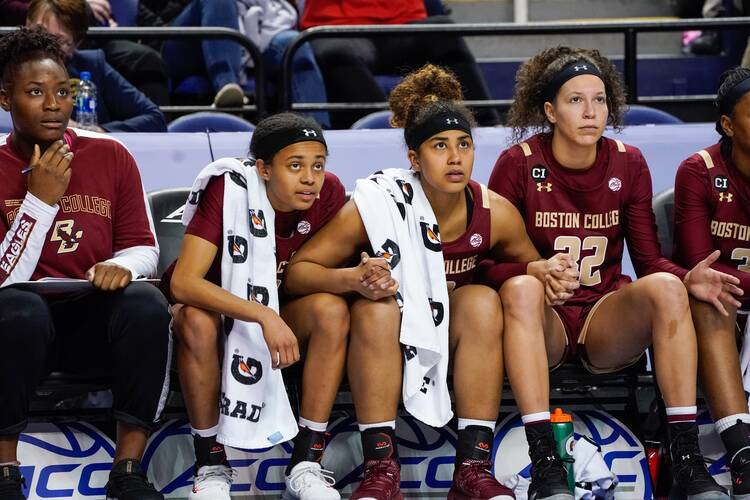 WASHINGTON (CNS) — Most Catholic colleges and universities are no different from their private and state-supported counterparts when it comes to athletic teams for the fall semester.

The National Collegiate Athletic Association had already announced that it was suspending championships for both men’s and women’s fall sports for its Division I schools over coronavirus concerns — except for football, which is managed separately. NCAA Division II and Division III each followed suit Aug. 5.

But two of the so-called “Power Five” football conferences, the Big Ten and the Pac-12, said they would not play football this year. Some “mid-major” conferences also decided to scuttle fall football, holding out hope that some kind of spring season could be salvaged.

Boston College is a member of the Atlantic Coast Conference, which intends to play football, as do the Southeastern Conference and the 10-team Big 12. Notre Dame is an ACC member for all sports except football, where it is one of a shrinking number of independent schools, although it is obligated to play five ACC schools in its gridiron schedule each season as part of its ACC affiliation agreement.

For 2020, though, Notre Dame has scrapped its schedule and will play a slate consisting entirely of ACC opponents.

Of the 27 Jesuit colleges in the United States, 24 of them have suspended competition for all sports come autumn. Boston College is the biggest Jesuit university to keep playing; it also announced that its men’s and women’s hockey teams would continue to prepare for the 2020-21 season, where both teams compete in the Hockey East conference.

Loyola University New Orleans, which competes in the Southern States Athletic Conference, is on hiatus for all sports this fall except for cross-country.

Rockhurst University in Kansas City, Missouri, which plays in the Great Lakes Valley Conference, also will compete in cross-country, while men’s and women’s golf and tennis will compete in non-championship play in the fall, and participate in conference championship play next year. Football, volleyball and men’s and women’s soccer will have their fall seasons deferred until the spring.

The University of Mary in Bismarck, North Dakota, is one of 16 member schools of the Northern Sun Intercollegiate Conference, which announced Aug. 13 it has decided to terminate the 2020 fall sports season due to the pandemic.

The conference, which operates in the western region of the Midwest, also suspended all outside competition in all sports through Dec. 31.