Catholic schools have ignored Black Catholic history. Is that changing?

Catholic schools have ignored Black Catholic history. Is that changing? 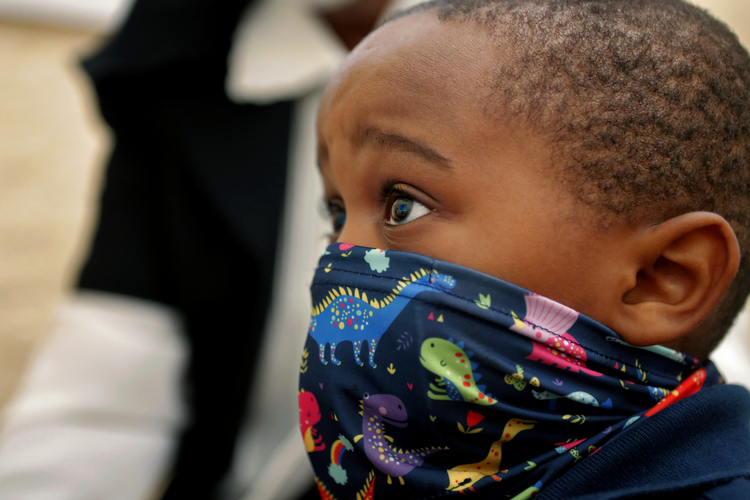 NEW YORK (AP) — The history of Black Catholics in the U.S. is a dramatic mix of struggles and breakthroughs, but it has been largely ignored in the curriculum of Catholic schools. That may soon change.

Amid the national tumult over racial injustice, there are high-level calls for the schools to teach more about the church’s past links to slavery and segregation, and how Black Catholics persevered nonetheless.

In the archdioceses of Chicago and New Orleans, top leaders are encouraging their schools to place a new emphasis on teaching about racial justice, as well as the history of Black Catholics. The National Catholic Educational Association is forming an advisory committee to study how similar initiatives could be launched in the thousands of Catholic schools nationwide.

“The teaching of anti-racism is pretty strong in Catholic schools,” said Kathy Mears, the NCEA's interim president. “But teaching the contributions of Black Catholics to our history is not where it should have been. Whatever we can do to correct this error, we’re all in.”

Among those recruited to join the advisory committee is Henry Fortier, superintendent of Catholic schools in Orlando, Florida.

“We need to have an honest ongoing effort, not just something to placate people,” he said. “There’s a point in time where people are fed up.”

In a recent podcast, Fortier and another Black superintendent of Catholic schools, RaeNell Houston of New Orleans, challenged Mears to ensure that the NCEA’s leadership becomes more racially diverse.

“Challenge accepted,” Mears replied. “We will work on all those things at NCEA because we do want to be part of the solution. ... We want to do better.”

The history of Black Catholics in the U.S. is a dramatic mix of struggles and breakthroughs, but it has been largely ignored in the curriculum of Catholic schools. That may soon change.

Fortier said a few Catholic schools with predominantly Black student bodies do teach Black Catholic history, but “it’s not a part of our mainstream curriculum across the country.”

He said it’s important for white students, as well, to learn this history.

At present, there are about 3 million African American Catholics, roughly 4% of the nation’s 69 million Catholics.

Scholars who’ve studied Black Catholics' history have been harsh in their assessments — for example, detailing how numerous Catholic institutions and civic leaders were major slaveholders. Among them were Georgetown University, which last year pledged financial support to descendants of people it enslaved; several orders of nuns; and Charles Carroll of Maryland, the only Catholic signer of the Declaration of Independence.

Even after the Civil War, many Catholic institutions practiced segregation, says Villanova University history professor Shannen Dee Williams. She has campaigned for this sobering history to be taught in every Catholic school and seminary.

Amid the pain, Black Catholics produced their own set of heroes and trailblazers, including the women who started two orders of Black Catholic nuns before the Civil War. Mother Mary Lange, who co-founded the Oblate Sisters of Providence in Baltimore in 1829, and Henriette Delille, who founded the Sisters of the Holy Family in New Orleans in 1842, are among six Black Catholic Americans formally placed in the canonization process that could lead to sainthood.

Both orders remain active, and have been pioneers in teaching Black history at the schools they run.

“Black Catholic history reminds us that the Church was never an innocent bystander in the histories of colonialism, slavery or segregation.”

Also on the path to sainthood is Augustus Tolton, widely considered the first Black Catholic priest in the U.S. He was born into slavery in Missouri in 1854, escaped to freedom with his family during the Civil War, attended Catholic schools, and studied at a seminary in Rome before being ordained in 1886 and later heading a Black congregation in Chicago.

In the Archdiocese of Chicago, there’s a school and a ministry recruitment program named after Tolton. The archbishop, Cardinal Blase Cupich, has spearheaded Tolton’s canonization campaign.

Cupich is now asking the archdiocese’s school system to develop a curriculum for the coming academic year aimed at increasing awareness of racial justice issues. Auxiliary Bishop Joseph Perry said one of the goals will be to teach Black Catholic history — perhaps in a few schools at first, but eventually at all 129 schools in the archdiocese, whether their enrollment is predominantly Black or white.

“It’s necessary for white students to know this history,” said Perry, who is Black. “To appreciate people, you have to know something of their story.”

“There’s a white supremacy in the history of the Catholic church that needs to be dismantled. If we want to evangelize effectively, we’ve got to tell the truth.”

A similar initiative is envisioned in New Orleans, a center of Black Catholic life in the U.S. for more than 200 years.

The Rev. Daniel Green, who heads the Office of Black Catholic Ministries for the New Orleans archdiocese, said the initiative will strive to highlight Black Catholics’ culture and identity “so everyone has an appreciation for the struggle and the gifts they bring to the church.”

“We want to get all our schools equipped to do this so we can say to the rest of the country, 'Here’s a model that we know works. We’d like to share that with you,’” Green said.

Bellow is a descendant of John Henry Dorsey, who in 1902 became one of a handful of Black ordained Catholic priests. Through much of his ministry, he was the target of discrimination, even from fellow members of the Josephite order that ministered to Black people.

“Those people suffered greatly,” Bellow said. “We’ve got to tell that story, so that out of that suffering can come something glorious.”

Of paramount importance, Bellow said, is that the story be told honestly.

“There’s a white supremacy in the history of the Catholic church that needs to be dismantled,” she said. “If we want to evangelize effectively, we’ve got to tell the truth. Young people can tell when we are not telling the whole truth.”

Provide feedback on this article
Join the conversation: Login or create an account
Before you can comment, you need to update your profile to include your first and last name, as required in our comments policy. Then reload this page and you'll be set up for commenting. Update your profile
Advertisement
More: Racial Justice / Black Catholics / Catholic Education