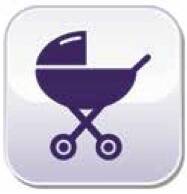 Kimberly Jeffrey was sedated and strapped to a surgical table when the doctor performing her cesarean section asked if she wanted a tubal ligation—a procedure she had twice rejected at earlier checkups during her time in prison. She refused again. But other prisoners had a different outcome. Between 2006 and 2010, at least 148 female inmates in California state prisons were sterilized in violation of state regulations, according to a report by the Center for Investigative Journalism. While the women gave consent, they did so in an environment that is inherently coercive. “You do what you’re told to do to get out,” one inmate testified. “If the doctor tells you you should do this, you’re automatically inclined to feel like you should do it.”

These revelations from California serve as a painful reminder that not so long ago, literally stripping men and women of a most basic human right—the freedom to have a child—was seen as a legitimate and cost-effective means for addressing social ills. While many associate eugenics with the racial ideology of Nazi Germany, the practice of government-mandated sterilization that this movement inspired has a history in Western Europe as well as the United States.

At the turn of the 20th century, scientists and reformers in the United States were at the vanguard of the eugenics movement, which held that controlling heredity was the way to eradicate crime and poverty. Reputable philanthropies, like the Carnegie Institution and the Rockefeller Foun-dation, poured millions of dollars into eugenics research in the United States and Germany. The American Eugenics Society led the legislative charge, lobbying for restrictions on reproduction, marriage and immigration to purify the gene pool and lessen the welfare burden of “defective” individuals. Between 1907 and 1981, 63,000 Americans deemed insane, feeble-minded, criminally inclined or otherwise “unfit” were sterilized at the hands of state eugenics boards. Most of the victims were poor women, and a disproportionate number were people of color.

The constitutionality of the practice was upheld in Buck v. Bell (1927), the Supreme Court case in which Justice Oliver Wendell Holmes Jr. penned the infamous words, “Three generations of imbeciles are enough,” a chilling sentiment that found widespread public support.

Some of the strongest opposition to sterilization came from within the Catholic Church, which couched its critique in both theological and scientific terms. In response to the Buck decision, the editors of America wrote, “Fundamentally, our objection is based on the fact that every man, even a lunatic, is an image of God, not a mere animal, that he is a human being, and not a mere social factor” (5/14/1927). Wilfrid Parsons, S.J., also in America (2/10/1934), described sterilization as “criminal folly” and the faulty biology used to justify the practice as “probably the most gigantic and cruel hoax that has ever been foisted on a credulous and ignorant people.”

In the encyclical “Casti Connubii” (1930), Pope Pius XI wrote that where no crime has occurred, the state “can never directly harm or tamper with the integrity of the body, either for reasons of eugenics or for any other reason.” Unfortunately, the prophetic voices of the church and others were unable to slow the momentum of the sterilization movement. Even after Nazis quoted Justice Holmes at the Nuremberg trials to defend their wartime atrocities, forced sterilizations continued in the United States for over three decades.

In recent years, states have started to come to terms with this dark chapter of their past. At least seven have offered formal apologies for their eugenics programs. In July 2013 North Carolina became the first state to provide monetary restitution, allocating $10 million for an estimated 150 to 200 surviving victims. A similar measure was proposed this February in Virginia, but it failed to advance despite support from groups as varied as the American Civil Liberties Union, Planned Parenthood and the Virginia Catholic Conference, which noted, “While no amount of money will ever repair the harm done or adequately compensate the victims for their loss, the Commonwealth finally should provide some restitution as a matter of justice.”

State governments should follow North Carolina’s lead by meeting with victims and finding ways to heal the wounds of this grave crime committed against their own citizens. As a nation, we have a responsibility to grapple with the shameful legacy of government-mandated sterilization, as well as the impulse for progress at the expense of individual human dignity that lay behind the program. At a time when advances in embryonic screening and genetic engineering promise to alleviate much human suffering—and raise concerns about the creation of “designer babies”—the church must continue bearing witness to the truth that while frail and imperfect, we humans are nevertheless made in the image of God.

The Editors
Show Comments (
3
)
Comments are automatically closed two weeks after an article's initial publication. See our comments policy for more.
Leonard Villa
8 years 2 months ago
A great essay. A follow-up essay on this being the gruesome legacy of Planned Parenthood (Birth Control League) would also be welcome. Planned Parenthood needs to have the light shined on its evil as it continues to absorb public money to propagate it sadly the historical handiwork of the lapsed Catholic Margaret Sanger. St. Bernadette was once asked - The Prussians are at our gates; does that not cause you any fear? - No. - There is thus nothing to fear? - I only fear bad Catholics. - You do not fear anything else? - No, nothing else. Corruptio optimorum pessima?
Chris NUNEZ
8 years 2 months ago
What an incredible leap of logic. You've missed a major piece of information that should have been brought to light if indeed that link existed. Were these sterilizations (we were all horrified to read about them) part of the public policy of the State of California, or was it the personal imposition of one really bad doctor? Subsequent news articles pointed to other problems this particular physician has had. Many of us are well aware of the history of eugenic sterilization, and note that one of the first such policies was in fact adopted in California about 100 years ago. However, that law was repealed later as it became clear that the people being sterilized seemed to be minorities and poor. So I have to ask you to follow up with a response, were these sterilizations part of official state policy, or were they the demented actions of a truly bad doctor. The people of the State of California should not be smeared for some twisted sense of 'righteousness' on the part of the editors of America Magazine.
Marie Rehbein
8 years 2 months ago
You are right. Other reports of this do not make it seem that the State of California was encouraging these sterilizations, let alone mandating them. This was the work of essentially one doctor who thought he was looking out for the best interests of his patients by advising them, repeatedly, to take this opportunity to be sterilized. Kimberley Jeffrey who, it seems from accounts, was giving birth to her first child, was sterilized over her objections, but Nikki Montano, who had six children and was pregnant with her seventh, says that being sterilized improved her life. Christina Cordero, who had five children and was pregnant with her sixth child, says that she agreed to the procedure but now wishes she had not. Objections within the prison system were over the costs of providing non-essential medical services to prisoners, and not over the morality of sterilizing women who could be submitting to the procedure under the mistaken impression they had no choice. It was pointed out that the cost of doing the sterilizations was significantly less than the cost of supporting more offspring under the state's welfare system. This is how Dr. Heinrich justified offering this "help" to these women on the state's dime. In my opinion, this was not only not state policy intended to weed out the defective, but not even Dr. Heinrich's "demented actions". It was an insensitivity to the sense of powerlessness felt by the imprisoned.