Trying to rescind student visas was a form of cruelty. It was also reckless. 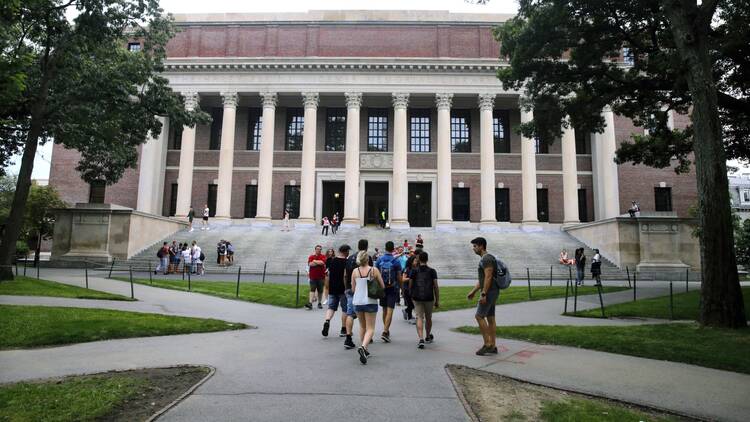 Harvard University, which will require most of its undergraduates to take classes remotely this fall, joined a lawsuit against a directive that would have rescinded visas from international students unable to attend classes in person. (AP Photo/Charles Krupa, File)

Each year, Santa Clara University invites international students who aspire to serve the church and the world to study at the Jesuit School of Theology. The United States government invites these students to enter the country by approving F-1 student visas. Our community, our church, our world—we all reap the benefits of the brilliance and passion that international students bring.

But a directive issued by the Trump administration on July 6 would have stripped international students of their visas if their coursework was only accessible online because of the Covid-19 pandemic. Thanks to the work of advocates around the country who put pressure on the administration, the directive was rescinded less than 10 days later. While both university officials and international students celebrate this news, the cruelty of the attempted change in policy caused unnecessary pain and panic for everyone involved.

Our community, our church, our world—we all reap the benefits of the brilliance and passion that international students bring.

The impact of this recklessness hits close to home. In any given year approximately 40 percent of the J.S.T.’s student body is made up of international students. This year’s program for our virtual commencement ceremony gives a glimpse of the recent academic contributions made by our master’s and doctoral students. Recent graduates wrote theses and dissertations on rethinking healing and reconciliation in post-genocide Rwanda, the church’s response to the plight of the oppressed in Zimbabwe, and post-war needs in Chad. Another student tackled the ecological crisis in India, and yet another focused on Christological discipleship for Vietnamese Catholics.

These international students were shaped and formed by their encounters while studying culturally contextualized theology (a hallmark of a J.S.T. education) here in Berkeley. Upon graduation, they joined thousands of other alumni around the globe, including an impressive list of accomplished scholars, university presidents and Catholic bishops who have returned home, prepared to bring the best of their theological education in service to the global church and the world. One example is Oscar Momanyi, S.J., who earned both a master’s degree in divinity and a licentiate in sacred theology at J.S.T. and returned to the African continent, where he now serves as the executive director of the Jesuit Hakimani Centre in Nairobi. Father Momanyi and the J.H.C. recently launched a major data-driven initiative that focuses on peace-building and transformative leadership in South Sudan.

Many students were concerned that they would become refugees or even outlaws, unable to safely return to their home countries.

The July 6 directive from Immigration and Customs Enforcement threatened the dignity, safety and well-being of international students. Many students were concerned that they would become refugees or even outlaws, unable to safely return to their home countries. They would have no longer been welcome in the United States, despite having been our invited guests.

As a Jesuit and Catholic institution, Santa Clara University has a moral responsibility to care for our international students, guests whom we have welcomed into our institution and promised to support. Our government has the same responsibility.

As such, many Jesuit universities, counting Santa Clara, took action, including submitting amicus briefs in support of a lawsuit brought by Harvard University and M.I.T. opposing the Trump administration’s directive. The Association of Jesuit Colleges and Universities also issued a statement of support. These actions, part of a broad coalition of solidarity, are directly related to the July 14 decision to once again allow students taking online courses to reside in the United States on F-1 visas.

Catholic social teaching calls us to care for the most vulnerable among us. Last week, the most vulnerable among us included international students who are invited guests at our institutions and in our country. I applaud all those who mobilized on behalf of these students, and I am inspired to see these efforts leading to systematic change. May we all seek tangible ways to lift our voices and advocate for those who are being pushed to the margins in the midst of a global pandemic. Lord hear our prayer. 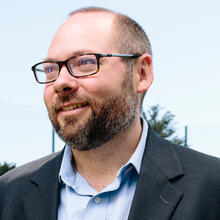 Drew Roberts is assistant dean of enrollment management and marketing at the Jesuit School of Theology of Santa Clara University, an international center of scholarly and ministerial formation for lay men and women, Jesuits, clergy, and members of other religious orders.