‘Laudato Si’’ was not enough. The Vatican needs to prioritize climate change. 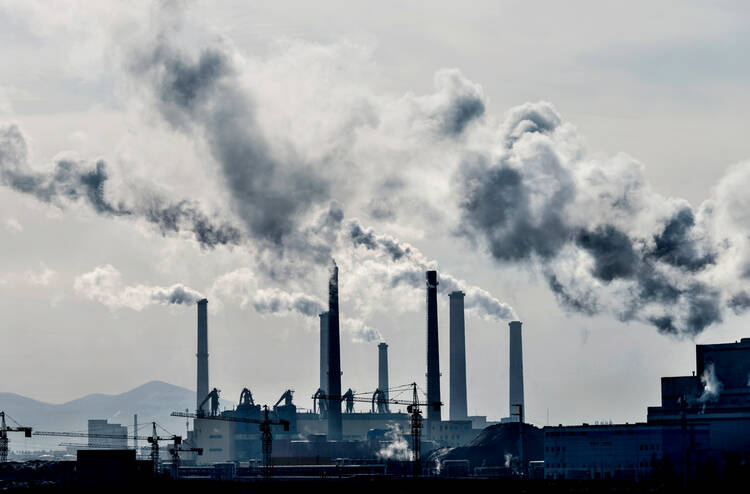 The temporary reduction of greenhouse gas emissions during the coronavirus pandemic is only a postponement of the inevitable. (iStock/baona)

When I got wind in the fall of 2014 of a papal encyclical being written on global climate change in anticipation of the Paris Climate Conference the following year, I prayed that Pope Francis would help the church to become a beacon of light by embracing and eventually achieving carbon neutrality. The accumulation of greenhouse gases was recognized as a formidable environmental problem over a half-century ago, but the global response has been less than stellar, despite frequent international conferences and accords, including the Rio Earth Summit (1992), the Kyoto Protocol (1997) and the Copenhagen Accord (2009).

The fanfare around the one-two punch of an encyclical rallying 1.2 billion Catholics worldwide and the most sweeping anticipated climate change agreement in human history was palpable. There was hope that this convergence could establish the political momentum to reverse the tide on global climate change and to inaugurate a new era of declining greenhouse gas emissions.

Pope Francis’ “Laudato Si’” was published in May 2015 and was followed several months later by the Paris Agreement. A sigh of relief reverberated across our planet.

Pope Francis’ “Laudato Si’” was published in May 2015 and was followed several months later by the Paris Agreement, signed by 187 different countries representing more than 87 percent of greenhouse gas emissions annually. A sigh of relief reverberated across our planet: We had finally turned the corner on global climate change.

This optimism now seems naïve, as every international report on greenhouse gas emissions since then has been dismal. The most recent assessment of greenhouse gas mitigation efforts, the United Nations Environmental Program’s “Emissions Gap Report 2019,” suggests that “Laudato Si’” and the Paris Agreement had little effect on mitigating greenhouse gas emissions. During this past decade, global greenhouse gas emissions have actually risen an average of 1.5 percent annually, and the temporary reduction of greenhouse gas emissions during the coronavirus pandemic is nothing more than a short postponement of the inevitable. This means that in order to meet the Paris Agreement on climate change’s goal of keeping an increase in global average temperature below 1.5 degrees Celsius, emissions will need to be reduced by 7.6 percent per year from 2020 to 2030. Not only are we headed in the opposite direction, but we seem to be doing so at a brisk pace. More ominously, the Intergovernmental Panel on Climate Change warns that 2030 is a hard deadline, with climate-related catastrophes a virtual certainty if our house is not in order by then.

One of the reasons for this disappointing record is that “Laudato Si’,” contrary to my expectations, turned out not to be an encyclical on global climate change but instead a more expansive work on Catholic environmentalism in which global climate change was simply one among a buffet of environmental problems calling for attention. Pope Francis addressed genetically modified organisms, the loss of biodiversity, diminishing supplies of safe drinking water, global economic inequality and a host of other issues; no prior papal document on the environment has even come close to the encyclical’s breadth. But therein lies the weakness of “Laudato Si’”: Not all environmental issues are equal.

“Laudato Si’,” contrary to my expectations, turned out not to be an encyclical on global climate change but instead a more expansive work on Catholic environmentalism.

Global climate change is a sleeping monster, a malevolent force that threatens everything in its path when awakened, as it affects every ecosystem and every living being on our planet. Of the five major extinction events on Earth, four were directly caused by rapid climate change, and there is every reason to suspect that the current rate of change places us squarely within the danger zone for another extinction event. (See Elizabeth Kolbert’s Pulitzer-winning The Sixth Extinction: An Unnatural History.) Many other large-scale environmental ills undermine the health of Earth and its denizens, but these issues pale in comparison to the magnitude of destruction promised by global climate change at its current pace, which has the potential to induce a worldwide biological holocaust, humans included. In the order of priority, global climate change sits atop the hierarchy, uncontested and ominous.

There are two possible strategies for dealing with climate change right now. One is to continue focusing on mitigation efforts, but the window for mitigation to be successful is rapidly closing, so this strategy requires considerably more focus and resources if it is going to be successful at stabilizing greenhouse gas emissions.

The alternative is adaptation, grounded in the belief that global climate change cannot be prevented, so the next best thing is to shift energy and resources into projects—for example, protecting power lines and tunnels from storm surges—that insulate us from its most nefarious effects. Yet when one reads accounts of likely climate change scenarios, the cumulative effect is dizzying and wearying. (You can get a sense of them in David Wallace-Wells’s book The Uninhabitable Earth: Life After Warming.) It does not leave one with enthusiasm for merely dulling the sharp edges of the manifold catastrophes that await us.

The preferable course of action is to avoid climate catastrophes and the untold suffering they would cause, and one step would be for Pope Francis to pick up where “Laudato Si’” left off and to issue a new document mandating that the Catholic Church become carbon neutral—and the sooner the better. The world needs bold leadership and an unleashing of creative forces to undertake the most widespread and effective mitigation efforts possible. Of course, local initiatives will also be vital in generating models that can be tried, tested and adapted to a wide variety of bioregions.

We have roughly one decade to achieve substantial reductions to greenhouse gas emissions, so my hope is that Pope Francis encourages Catholics worldwide to look past the pandemic and put global climate change front and center on their moral radar screen. If, as the pope says, mercy constitutes the church’s very existence and is a profound expression of God’s love, there could be no greater mercy the church could offer the world than to bring its considerable resources and resolve to bear upon the most fearsome threat that humans have witnessed since Christianity’s inception. 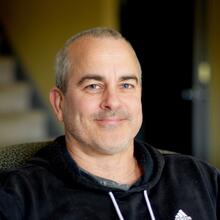 Mark Graham is an associate professor of theological ethics and the director of the undergraduate program in the Theology and Religious Studies Department at Villanova University, in Villanova, Pa.