The Editors: Joe Biden should open his personal files 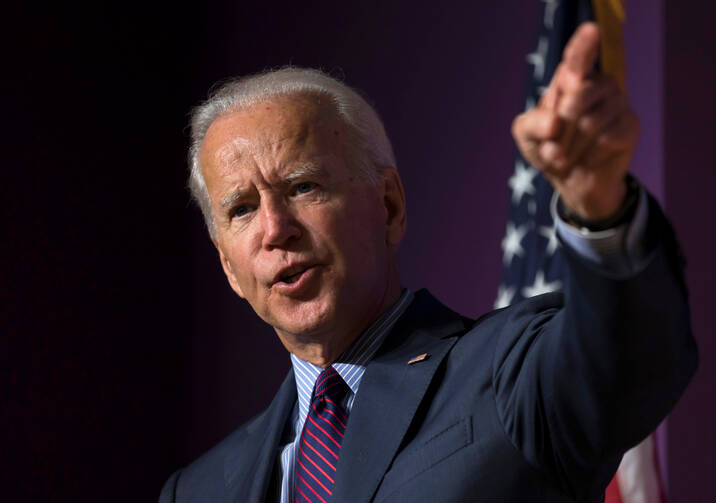 Tara Reade was interviewed by the journalist Megyn Kelly on May 8 regarding Ms. Reade’s allegations of sexual harassment and assault by Joseph R. Biden Jr., the presumptive Democratic nominee for president. Ms. Reade alleges that Mr. Biden assaulted her in 1993, when he was serving as a U.S. senator and Ms. Reade was a member of his staff.

As Doreen St. Felix wrote in The New Yorker, “the interview yielded little new information, offering viewers a chance to put a face to a name and to decide for themselves, based on not much more than a feeling in the gut, whether they would grant Reade their sympathy.”

As with similar cases in the #MeToo era, Ms. Reade’s allegations have proven difficult to adjudicate. In the absence of irrefutable evidence, the public response has fallen, as with so much else in this era of polarization, along partisan lines. Laura McGann, the editorial director of Vox.com, recently wrote about the burden of proof that this places on an accuser in the court of public opinion. “It is not fair to an individual survivor,” Ms. McGann wrote, “that their claims require an extraordinary level of confirmation, but it’s what reporters have found is necessary for their stories to hold up to public scrutiny and successfully hold powerful men accountable.”

In the absence of irrefutable evidence, the public response has fallen, as with so much else in this era of polarization, along partisan lines.

Yet even if American voters do not have sufficient evidence to determine what Mr. Biden did or did not do in the past, there are standards by which the public can judge his present conduct. One such standard is whether Mr. Biden has made every effort to be transparent and to provide access to potentially relevant archival materials. Unlike in the hearings for Justice Kavanaugh's nomination to the U.S. Supreme Court, when Senate Republicans chose to press ahead to a vote as close as possible to their original schedule, there is still sufficient time to resolve the question of whether any documents relevant to the present case exist and to do so well in advance of the election.

The former vice president has asked the National Archives to search for any relevant documents or other evidence, and he has made a similar request of the U.S. Senate. But he has thus far not allowed access to his personal papers at the University of Delaware, saying that those archives do not contain personnel records.

That may be true, but Mr. Biden should open those archives anyway. He could commission an impartial, professional archivist or archival firm to conduct a narrow search for any material related to Ms. Reade’s allegations. This would go a long way toward proving to a wary electorate that he is taking every possible step to be transparent.

The history of the sexual abuse crisis and cover-up in the Catholic Church furnishes a relevant lesson. When serious allegations of abuse are leveled, full and immediate disclosure is the only way for individuals and institutions to establish credibility and trust. Church officials often failed to provide such leadership, and the results were disastrous. To overcome the public’s deep distrust of public figures and institutions, moreover, it is often necessary to go above and beyond the letter of the law and to embrace its spirit with visible and meaningful gestures.

Mr. Biden should apply that lesson to his own case. Even if no definitive document is uncovered, the public could at least be satisfied that he has allowed a full and independent assessment of his account of the facts.