Advocates fight human traffickers who continue to thrive despite coronavirus

Advocates fight human traffickers who continue to thrive despite coronavirus 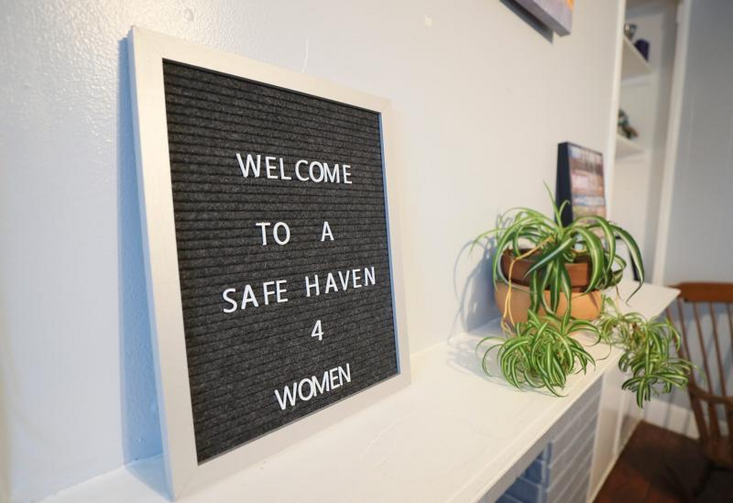 Seemingly innocent online venues are becoming popular places for sex traffickers to groom unwitting children and entice adults facing financial turmoil because of the pandemic. The danger is leading the advocates to call for funding of anti-trafficking programs in any new federal legislation in response to the public health crisis.

The pandemic's impact on labor trafficking is less certain, but the advocates warn that people desperate for work may be prone to employment schemes in which they are cheated out of promised wages.

What is known, according to the Polaris Project, which operates the U.S. National Human Trafficking Hotline, is that buyers of sex are as active as ever, pandemic or not.

"Anecdotally, we have heard from survivors that trafficking victims are now being forced to participate in remote, web-based sexual activity or pornography and that the marketplace for those activities has grown," the organization said in an April 17 post on its blog at polarisproject.org. "It's important to remind buyers of these materials that a person on a webcam or in a pornographic video is as likely to be a trafficking victim as a person selling sex in any other environment."

"With the restrictions and limited mobility and physical distancing, the fear is that particularly children, but anyone who can be a potential victim, is going to be more targeted through online sources," she said.

"Electronic communications and social media networks have become more important than ever," Lay told Catholic News Service. "We are trying to think of creative ways to reach people and get the message out while they're at home."

Tracking the inroads of traffickers into new online venues is difficult. They are able to move silently through online sites frequented by children, who are spending more unsupervised time surfing the internet while at home. Once identified, traffickers quickly move on, hiding out in cyberspace waiting for the next young person to show up.

Concern among the advocates largely rests in online pornography.

"There is a huge demand for pornography online right now," said Hilary Chester, associate director for anti-trafficking programs with Migration and Refugee Services of the U.S. Conference of Catholic Bishops. "People (traffickers) are going to try to meet that demand. There are real concerns about people being coerced into it, not realizing they are being recorded."

While it is difficult to track the emerging trends in the actions of traffickers, experience has shown they are adept at maneuvering around their trackers and their motivation is money.

"Once they realize somebody's on to them, they've switched," said Mercy Sister Sally Duffy, a member of the End Slavery Cincinnati, an anti-human trafficking coalition.

"Their services follow supply and demand," she explained. "Our hunch is the more demand, the more traffickers will try to meet the needs of individuals online."

The chairmen of three USCCB committees recently called on Attorney General William Barr to "confront the ongoing harms wrought by the pornography industry and to protect its victims."

In an April 30 letter, they urged Barr to enforce obscenity laws, open criminal investigations of pornography producers and website owners, and carry out "national leadership in encouraging states and localities to develop rigorous policies against the industry."

Pornography, they said, is the "antithesis" of Pope Francis' reflection during a March 27 prayer service in the throes of the pandemic in Italy that "affirmed our common 'belonging as brothers and sisters' in the midst of crisis" deserving of human dignity and respect.

Some of the trafficking is being fueled by what Chester called "transactional sex." She described stories of how unscrupulous landlords use sex as a bargaining chip against someone who has lost a job during the pandemic and is fearful of being evicted. In other cases, people may be coerced into sex to keep from being laid off, she said.

While services continue for survivors of sex trafficking, a lack of freedom created by this pandemic can pose difficulties for these survivors, Lay said.

"The overall situation of being forced to stay inside and have limited capacity (outside) can be very retriggering for survivors of human trafficking," Lay said. "It reminds them of times when they did not have the freedom to leave and were trapped in a particular place."

Most notably May 4, he told a meeting of the Office for Democratic Institutions and Human Rights in Warsaw, Poland, that women and children are at higher risk of exploitation, abuse and trafficking because of the global crisis.

Citing his recent discussion with Lori Cohen, executive director of EPCAT-USA, Smith said there has been a rise in online outreach by traffickers to children who are isolated and only virtually connected to the world. He said sex trafficking appears to be on the rise while law enforcement focuses on more immediate needs in response to the pandemic.

EPCAT-USA, which works to protect children from commercial sexual exploitation, has developed online safety pamphlets for young people and parents and is developing a third document for educators. The pamphlets are available online at www.ecpatusa.org/onlinesafetytips.

Curbelo of LifeWay Network said the importance of raising awareness and educating children, parents and vulnerable adults is the key to slowing the trafficking industry. The effort, she said, will require collaboration among existing service providers and anti-trafficking coalitions and a continuing push in Congress and state legislatures to tighten laws governing online activity once the pandemic subsides.