The Green New Deal can embody the Catholic principle of subsidiarity 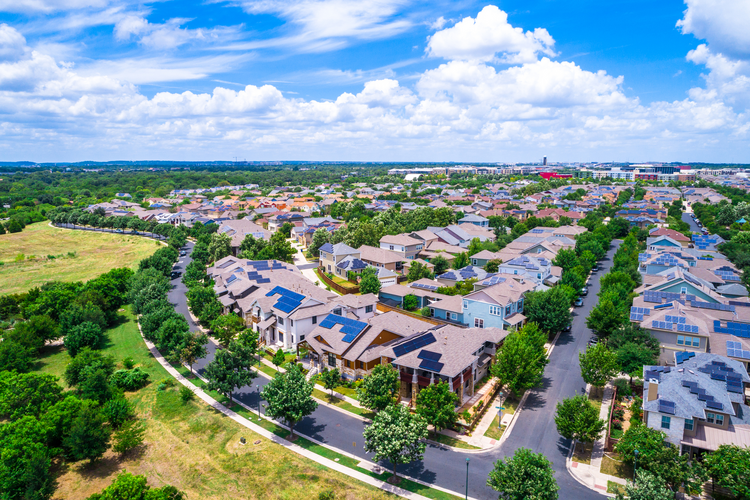 The Mueller neighborhood, in Austin, Tex., was designed to increase the use of solar power. (iStock/JamesBrey)

The Green New Deal, championed by first-term U.S. Representative Alexandria Ocasio-Cortez, is a proposed 10-year federal plan to expand wind and solar power; improve energy efficiency in housing, transportation and industry; educate and support workers; and establish new social welfare programs, like those providing access to health care, affordable housing and clean water. It would require several trillion dollars or more in federal spending, and, like Franklin D. Roosevelt’s New Deal in the 1930s, it would transform the country.

It would also mean more decision-making in Washington, and that may be a red flag for proponents of subsidiarity, the Catholic social teaching principle that says government should support—and not override—the initiative of lower levels of society. Yet, the Green New Deal embodies this principle to a considerable extent.

Climate change is an issue that requires a high degree of social coordination yet intimately affects family and community life. It is a singular challenge for subsidiarity.

First defined by Pope Pius XI in 1931, the principle of subsidiarity discourages higher levels of society from assuming tasks that can be effectively achieved by lower levels, such as families, businesses, labor unions, civic groups and local governments. At the same time, the principle requires that higher levels of society assist the work of lower levels as needed to achieve essential goals. The ideal of subsidiarity is a society where local groups have the freedom and support to make well-ordered decisions that affect them, leading to a flourishing of enterprise, initiative and solidarity. Some spheres of life, like education, can be largely managed at the family and local level, while others, like national defense, must by their nature take place at higher levels of society.

Climate change is an issue that requires a high degree of social coordination yet intimately affects family and community life. It is a singular challenge for subsidiarity. As cities and towns across the country switch to wind and solar energy, create high-speed rail and bus lines, upgrade homes, farms and factories, and provide help to affected workers, lower levels of society need the freedom to make choices that are sensitive to local conditions. At the same time, support from the federal government is also needed—to research new technology, to coordinate larger tasks, to ensure that each community does its part and to fund projects, especially in areas that will bear the highest costs of a climate transition.

While the Green New Deal would be a federal initiative, it would not be a set of top-down rules rigidly imposed on local communities.

In keeping with the principle of subsidiarity, the Green New Deal affirms a balance between local and federal action. The Green New Deal resolution, which as of this writing has 100 sponsors and co-sponsors in the U.S. House and 15 in the Senate, states that “a Green New Deal must be developed through transparent and inclusive consultation, collaboration, and partnership with frontline and vulnerable communities, labor unions, worker cooperatives, civil society groups, academia, and businesses.”

It also requires “the use of democratic and participatory processes...to plan, implement, and administer the Green New Deal mobilization at the local level.” This means that, while the Green New Deal would be a federal initiative, it would not be a set of top-down rules rigidly imposed on local communities. Instead, it calls for the active participation of civic groups, businesses, labor unions and local governments in developing Green New Deal projects.

For example, imagine a town switching from fossil fuels to wind and solar power. A top-down approach that violates subsidiarity might involve federal bureaucrats imposing this change on the community in a way that neglects local values and conditions. In contrast, the Green New Deal calls for inclusive, democratic decision-making at the local level—families, businesses, labor unions, civic groups and local leaders from each neighborhood working in dialogue to reach Green New Deal goals. For example, communities would decide where to place wind turbines and solar panels, and they would work out details of how they will be operated. This method would be designed to increase public support for the Green New Deal and would at the same time respect the values of human dignity and community as affirmed in Catholic thought.

The Green New Deal is sometimes associated with socialism and, in fact, draws political support from both democratic socialists and defenders of progressive capitalism. But the Green New Deal paradigm is very different from the type of socialism that has been condemned in Catholic social ethics. In church teaching, socialism is typically viewed as a political system that eliminates private property and subsumes human freedom under the power of an all-encompassing totalitarian state—see Pope John Paul II’s 1991 encyclical “Centesimus Annus,” in which he writes that under socialism, “the concept of the person as the autonomous subject of moral decision disappears” (No. 12). In contrast, the Green New Deal seeks to preserve subsidiarity and to empower local action in the face of climate change, leaving space for individuals and families to pursue their own well-being while providing needed federal coordination in response to this challenge.

Any climate transition will be a daunting task, including one that respects local initiative. And there are remaining questions about the Green New Deal, such as how subsidiarity will be embodied in specific laws as they are written, how expansive Green New Deal programs should be and how the framework might support climate action in other countries beyond the United States. Still, with the cost of inaction growing ever higher, there are strong reasons to act.

As Pope Francis noted five years ago in his environmental encyclical “‘Laudato Si’,” “Attempts to resolve all problems through uniform regulations or technical interventions can lead to overlooking the complexities of local problems which demand the active participation of all members of the community.” At times, climate proposals have tended toward the top-down focus Pope Francis warns against. In this context, the Green New Deal’s emphasis on local action and decision-making is well-worth considering. It could be the key to addressing climate change while also strengthening the bonds of community in a way that promotes human dignity and flourishing. 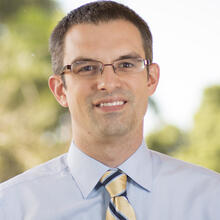 Christopher Rice is an associate professor of philosophy at Lynn University in Boca Raton, Fla.