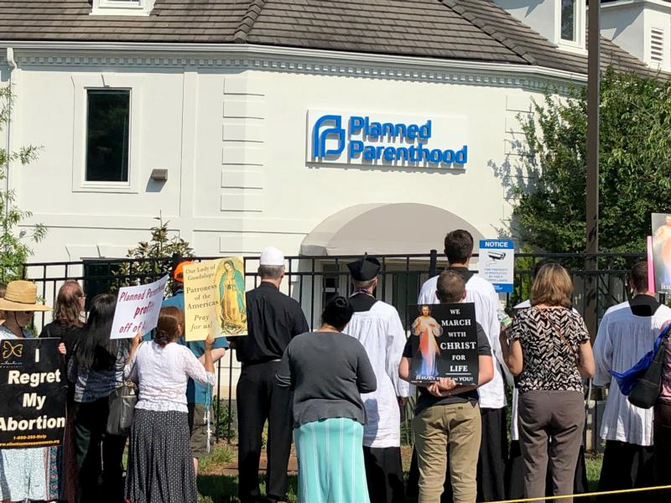 "Abortion is not 'family planning' and a strong majority of Americans -- including 42% of Independents and more than one-third of Democrats -- oppose taxpayer funding of abortion," said Marjorie Dannenfelser, president of the national Susan B. Anthony List pro-life organization.

She called the 9th Circuit's 7-4 ruling "a vindication of President (Donald) Trump's pro-life policies and a victory for the American people." The "Protect Life Rule" can now go into full effect.

The court had already allowed the administration's changes to start taking effect while the government appealed lower court rulings against the policy.

The Trump administration finalized the "Protect Life Rule" in February 2019. By its action, the administration reaffirmed that abortion "is not family planning," Archbishop Joseph F. Naumann of Kansas City, Kansas, said in a statement at the time. "Abortion ends the lives of families' most vulnerable members, as well as damaging the spiritual, mental and physical health of mothers."

According to the Office of Population Affairs at the U.S. Department of Health and Human Services, it is based on the most accurate interpretation of the Family Planning Services and Population Research Act of 1970, which enacted Title X.

Section 1008 of this act states that "none of the funds appropriated under this title shall be used in programs where abortion is a method of family planning."

HHS said the rule also requires "clear financial and physical separation between Title X funded projects and programs or facilities where abortion is a method of family planning. This separation will ensure adherence to statutory restrictions, and provide needed clarity for the public and for Title X clinics about permissible and impermissible activities for Title X projects."

On March 5, 2019, 20 states and the District of Columbia filed a joint suit against the new rule in U.S. District Court in Eugene, Oregon. Its opponents call it a "gag rule" because it does not allow referrals for abortion as family planning.

In her majority opinion, Judge Sandra Ikuta of the 9th Circuit said Title X regulations are similar to those upheld by the Supreme Court in Rust v. Sullivan in 1991 prohibiting employees in federally funded family-planning facilities from counseling a patient on abortion.

Ikuta noted that "a counselor providing nondirective pregnancy counseling 'may discuss abortion' so long as 'the counselor neither refers for, nor encourages, abortion.'" So, she added, there "is no 'gag' on abortion counseling."

Kristan Hawkins, Students for Life of America president, called the 9th Circuit ruling "a victory for sound public policy and fiscal responsibility," nothing that "taxpayers have been loud and clear that they don't want their scarce resources to underwrite the abortion industry making this."

Pregnancy "is not a disease cured by abortion," she added, "and women have many health care options for full-service care making Planned Parenthood's involvement in family planning programs irrelevant and unnecessary."

Last August, Planned Parenthood Federation of America announced it was withdrawing from the federal Title X program over the Trump administration's "Protect Life Rule," which like other opponents of the policy called it a "gag rule." It will no longer receive $60 million of the $286 million allocated annually through Title X.

Show Comments ()
Comments are automatically closed two weeks after an article's initial publication. See our comments policy for more.
Provide feedback on this article
Join the conversation: Login or create an account
Before you can comment, you need to update your profile to include your first and last name, as required in our comments policy. Then reload this page and you'll be set up for commenting. Update your profile
Advertisement
More: Abortion / Pro-Life