James B. Donovan on the famous U-2 case and Soviet criminal justice

James B. Donovan on the famous U-2 case and Soviet criminal justice 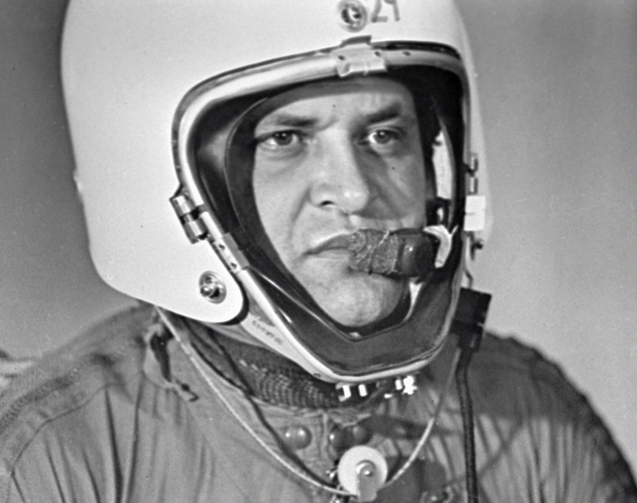 Francis Gary Powers, wearing a special pressure suit for stratospheric flying, was an American spy whose Lockheed U-2 reconnaissance plane was shot down by a Soviet surface-to-air missile outside Sverdlovsk in 1960. (Wikimedia Commons)

Editors' note: The lead character in Steven Spielberg’s 2015 thriller “Bridge of Spies,” James B. Donovan, was a New York attorney and a prosecutor during the Nuremberg war crime trials in 1945-46. He was also the court-assigned chief defense counsel for Budolf Ivanovich Abel, a Soviet spy convicted of espionage against the United States in 1957. Donovan closely followed the spy trial of Francis Gary Powers, an American U-2 pilot shot down over the Soviet Union in May 1960.

L. C. McHugh, S.J., an associate editor of America, interviewed Mr. Donovan about his reactions to the famous U-2 case. The following are excerpts from this interview, which was published on Oct. 29, 1960.

Q: Before we get down to the details of the Powers case, I have two questions about Soviet justice. And first, is it true that Soviet criminal justice sets political aims above human rights or abstract justice?

A: All criminal justice is inherently imperfect, since it is an attempt to effect divine judgments in a human society. However, with its procedural safeguards and the right of trial by jury, criminal law in the United States is well designed to achieve abstract justice. As for Soviet criminal law, we must distinguish between cases that affect the security of the state and other offenses. With respect to the latter, I believe that a reasonable attempt is made to achieve abstract justice, within the framework of Byzantine jurisprudence, on which Soviet law is largely based. But where state security is involved, in the Soviet or any other absolute dictatorship, human rights are suppressed or obliterated to the degree believed to be required by security interests. The security of the state is given a value transcending the natural and constitutional rights which a defendant always has in our own country.

James B. Donovan, 1960: "All criminal justice is inherently imperfect, since it is an attempt to effect divine judgments in a human society."

Q: Are there any other legal differences to keep in mind, when we review the Powers trial?

A: Yes. We should remember that in Soviet Russia a public trial, such as Powers was subjected to, is a planned spectacle. When Moscow decided that the espionage trial should be public, it had already been determined that it would be staged for the edification of the Soviet people. In this respect a public trial, Moscow style, can be likened to a medieval morality play. It is a performance that is not only presented, but presented with a definite purpose. In the Powers case, the obvious purpose was the furtherance of current themes of Soviet propaganda.

Q: Your remarks about planned spectacles and staging seem to imply that the Powers trial was a cut-and-dried affair, do they not?

A: Of course it was cut-and-dried. It was well rehearsed, like any good theatrical production.

Q: Do you think that the Soviet defense attorney made a real attempt to defend his client?

A: Certainly not in the sense in which we think of a legal defense in the United States. Our concept of common law justice is based on the adversary system—each side is represented by an advocate who forcefully brings out whatever is to the advantage of his side of the case. An impartial judge and jury listen to all the evidence and try to arrive at a fair verdict. This method of arriving at a decision is foreign to the Soviet concept. During the Powers trial, defense counsel Crinyov, like the judges, was simply carrying out his assigned role in the play. His plea for the defendant was probably prepared by a propaganda committee and handed to him a short while before the trial began. That is why Powers was not seen in consultation with his lawyer during the trial. It would have been a pointless and risky interference with the pacing of the drama.

James B. Donovan, 1960: "I think that our U-2 flights over Russia were imperative. Knowledge of the location of secret Soviet missile bases behind the Urals, for instance, can be vital to our national survival."

Q: Were you favorably impressed by the conduct of Mr. Powers in the dock?

A: No, and without asking that he be a modern Nathan Hale, I think there were many moments in the trial when his attitude reflected no credit on the United States and in fact embarrassed his country. In all fairness, of course, we couldn’t expect too much from a man who was politically naïve and who had been held incommunicado for over a hundred days…. Incidentally, while we’re on this point, let me digress a bit. I think that our U-2 flights over Russia were imperative. Knowledge of the location of secret Soviet missile bases behind the Urals, for instance, can be vital to our national survival. There can be no question of expressing regret for these flights; the intelligence they gave us is essential to informed policy decisions in our relations with Russia.

Q: What do you suppose would have happened in the courtroom, if Powers had dropped his script, so to speak, and made a patriotic defense of his mission over Russia?

A: That question is completely academic. If there had been any real risk to the Soviet [Union] that such a thing would happen, there just wouldn’t have been any public trial.

Q: We made U-2 overflights with impunity for some four years. Do you think the plan of the Powers flight was betrayed in advance to the Soviets?

A: It’s very doubtful. The Russians were just powerless to do anything about these flights, probably, until some mechanical failure brought the Powers U-2 within the range of their rockets.

Q: You defended that Soviet spy, Colonel Abel, back in 1957. Do you think a deal can be made so that if we ship him back to Moscow, Powers returns home in the exchange?

The rise and fall of the Berlin Wall and why it matters today.
Antonio De Loera-Brust

The music of Van Cliburn was key to a Cold War thaw
Lisa A. Baglione

A: Such a deal could not be arranged directly. Russia got considerable propaganda value out of the Powers case. To admit before the world that Abel was a Soviet agent would destroy those gains. But there is a realistic possibility. Suppose some neutral power like India were to offer asylum to Abel, Powers and other intelligence operatives in the interest of easing world tensions. In this way, without official admissions on either side, some kind of exchange might be possible.

Q: Here’s one final question. Suppose the tables were turned. Suppose some Russian U-2 pilot were shot down over Pittsburgh or Oak Ridge, and that you were appointed his counsel. Do you think a good case could be argued against the charge of espionage?

A: I think an intellectually honest defense could be offered under our system. Here is just one point. As there is a three-mile limit in maritime law, and beyond that all enjoy freedom of the seas, so at some distance upward there must be freedom of space. Since Russia has never agreed to an international convention for determining the limits of sovereignty in space, it could well be argued that since we made U-2 flights for several years without effective let or hindrance, Russia does not control the air space over her borders at the cruising altitude of the U-2. Therefore this region is free in the sense that the sea is free beyond the three-mile limit. In other words, knowledge should be free to the world except as one has good reason to keep it secret.

This article also appeared in print, under the headline “The Powers Espionage Trial,” in the March 2, 2020, issue.

L. C. McHugh, S.J., was an associate editor of America.