In an age of extreme individualism, Catholic schools are more important than ever 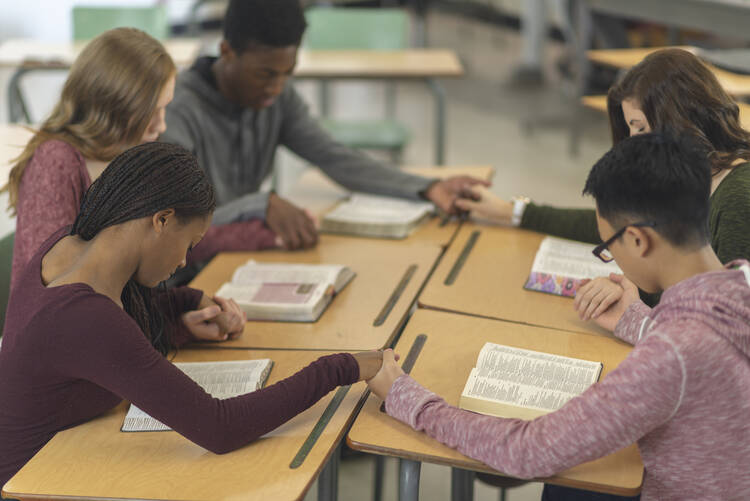 In 1976, Tom Wolfe wrote a piece for New York magazine called “The Me Decade and the Third Great Awakening.” In it, Mr. Wolfe spotlights the way that the social movements of the 1960s and ’70s prioritized the individual—individual desires, freedom and self-discovery—above all else. He explained that the “current religious wave” and the practices that have resulted from these social movements “begin with the most delicious look inward” and involve “considerable narcissism.” This worship of individualism shows no signs of weakening nearly a half century later. Fortunately, Catholic schools have not capitulated to the forces identified by Mr. Wolfe, and they still provide an alternative to Me Decade education.

Catholic schools have not capitulated to the values celebrated by what Tom Wolfe called the “Me Decade.”

Before making the argument for Catholic education, some history is in order. Until the “Me Decade,” people’s desires had been constrained by a number of things—finances, for starters, but also social norms and the often-uncharitable public shame that came from bucking those norms. But the post-World War II era ushered in increasing affluence, and ultimately a society where tolerance was prioritized as the ultimate virtue, and where the idea that society should put any constraints on individual choices was largely rejected.

While this age of tolerance and individualism has driven much good and much progress, particularly when it comes to treating all people equally before God and before the law, it has not been without downsides. Chief among the downsides has been the impact that the erosion of social constraints has had on families living in poverty. In particular, the idea that people should delay sexual activity and parenthood until they are married and gainfully employed has fallen out of favor in a more individualistic society. This is doubtlessly a factor in the dramatic increase in out-of-wedlock births.

In 2017, a report by Wendy Wang and W. Bradford Wilcox of the American Enterprise Institute found that among millennials, only 3 percent who followed a “success sequence”—first a high-school degree, then a full-time job, then marriage and parenthood—lived in poverty. Young adults who follow this path, according to the authors, “are more likely to find themselves in the middle or upper third of the income distribution…especially compared to their peers who have children before marrying.” The authors note that “71% of Millennials who grew up in the bottom third of the income distribution and married before having a baby have moved up to the middle or upper third of the distribution as young adults.”

Properly instructed in virtue, Catholics need not be led astray by the freedom of a world without constraints.

As a society, we have not fully grappled with the replacement of traditional social norms with the “do what feels good” freedom of the Me Decade. To be sure, many conservative and religious leaders—Catholics among them—have condemned the moral relativism of our time. Some may be nostalgic for an era when social constraints and shame provided an offramp for those who otherwise might choose vice over virtue. But that may be the wrong lesson.

After all, Catholics believe that each person is possessed of free will—that we are not simply fated by God or circumstances to behave a certain way, but rather that we have the freedom to act as we wish. While God could have chosen to compel us to choose good over evil, he did not. You might say that by reducing social constraints on our free will, the Me Decade has helped expand the real freedom God imagined for us.

If that is the case, then our real challenge is not the result of freedom from social constraints and shame, but rather the result of not doing the hard work of forming our children with the knowledge, habits of virtue and character that they need to freely choose to do good. Properly instructed in virtue, Catholics need not be led astray by the freedom of a world without constraints.

In the United States, the turn away from commonly held civic and social values had strong implications for public schools, which previously had been tasked with imparting these values. But as discussed in my recent report published by the Manhattan Institute, “Catholic on the Inside: Putting Values Back at the Center of Education Reform,” Catholic schools can offer important lessons to public and charter school educators today.

At Partnership Schools—the seven urban Catholic schools I have the privilege to run—we take seriously the job of forming students with the habits of virtue and with the knowledge they need to navigate the world. As at most Catholic schools, we do hope that our graduates go on to college and avoid poverty, but those worldly goals are byproducts of our focus on teaching students the knowledge, the character skills and the habits of virtue they need to achieve the ultimate goal: heaven.

To that end, when you walk into a Partnership school—or any modern Catholic school—you will likely not see the “ruler wielding” discipline that may have once been the norm. We seek safety and learning, of course, but we aim for something more: that our students become good people who know, love and serve God in part by knowing the world and by knowing, loving and serving others.

Why Pete Frates is a model for Jesuit-educated students
Quentin Dupont, S.J.

Buoyed by the success Catholic schools have had in driving strong academic results and in forming students who are good citizens and stewards of their community, many traditional public and charter schools have embraced the discipline, structure and order that characterizes effective Catholic schools. But while those practices are important to Catholic schools’ effectiveness, they are not the most important drivers of the student outcomes so many other schools strive to replicate. After all, habits without values will not endure. For Catholic schools, habits are the vehicle through which we help the students we serve become who God meant them to be. And that is why Catholic education may be more critical today than ever before. It is why it is more important than ever for the church to redouble its efforts to reinvigorate urban Catholic schools—so that all families can choose a values-driven education if that is how they wish to prepare their children to navigate this world of unfettered freedom.

It is more important than ever for the church to redouble its efforts to reinvigorate urban Catholic schools—so that all families can choose a values-driven education.

In spite of the struggles Catholic schools have faced over the past several decades, they continue to graduate students who thrive in this world. Research published as recently as 2012 found that students in religious schools were less likely to participate in risky behavior, including sexual activity and crime. Similarly, a 2009 report found that girls who attended Catholic schools were more likely to avoid early pregnancy and boys were less likely to face incarceration. Research has also shown that Catholic school graduates are more likely to be civically engaged, to vote, to volunteer and to give to charitable causes than their public and, in many cases, even their Christian school peers.

Rather than worry about a world with fewer “traditional” social constraints than we once had, we can embrace the increasing responsibility that falls to us to educate our children not just to survive, but to choose the virtuous path. In this world, Catholic schools are perhaps the most vital investment we can make. 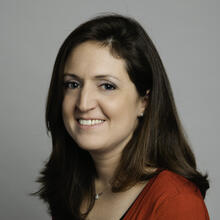 Kathleen Porter-Magee is the superintendent of Partnership Schools, a privately managed network of urban Catholic elementary schools in New York City. She is also the author of a recent Manhattan Institute report: Catholic on the Inside: Putting Values Back at the Center of Education Reform.