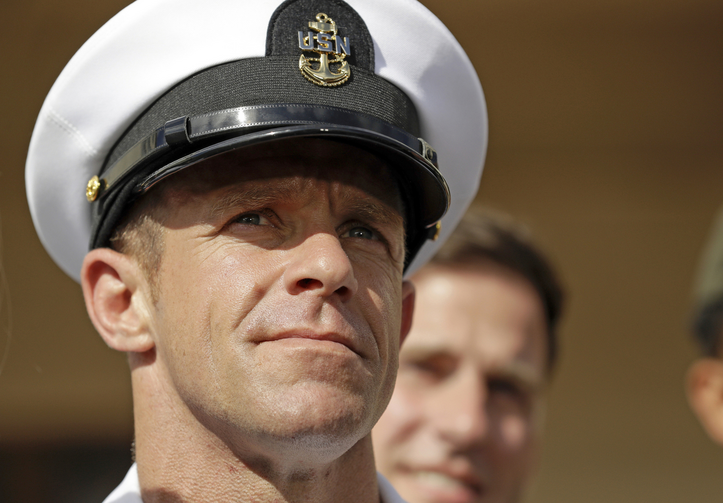 Last November, President Trump pardoned Army First Lt. Clint Lorance, who was convicted of murdering two civilians in Afghanistan in 2012, and Maj. Matt Golsteyn, accused of murdering an alleged Taliban member who had been detained by U.S. forces in 2010 and then burning his body. Mr. Trump also restored the rank of Navy SEAL Eddie Gallagher, who was convicted of posing for a photograph with the corpse of an ISIS detainee in Iraq.

Days later, Secretary of the Navy Richard Spencer resigned and voiced his concern that Mr. Trump’s decision endangered “good order and discipline” in the military. Retired military officers and legal experts shared Mr. Spencer’s concerns, fearing that soldiers accused of war crimes could mount public campaigns to gain a president’s support and thus discourage military officers from reporting and prosecuting war crimes. Indeed, Mr. Trump ordered the Navy to strip the four prosecutors in Mr. Gallagher’s case of medals they were awarded for their work on the case.

Aside from these serious concerns for good order and military justice, Mr. Trump’s actions risk undermining an ideal of the soldier as a professional and a person of honor, the protector of the innocent and servant of the common good. This ideal has Christian roots and has been carefully, if unevenly, cultivated by the U.S. military in its code of justice and professional training.

Mr. Trump’s actions risk undermining an ideal of the soldier as a professional and a person of honor, the protector of the innocent and servant of the common good.

During the European Middle Ages, Roman ethical and legal traditions, secular warrior codes of chivalry, and the Christian commitment to love of neighbor were forged into a Christian ideal of a warrior. This just-war ideal had a profound impact on medieval warfare, though in practice strictures like those protecting civilians were at times ignored. (See the siege of Jerusalem in 1099, during the First Crusade.)

In the period between the Wars of Religion in the 16th century and the Napoleonic Wars of the 19th century, developments like the widespread use of gunpowder and the growing ability of states to muster resources and personnel in support of their war efforts made modern warfare increasingly destructive and taxing on civilian populations. The mechanization of warfare and the increased use of aerial bombing in World War I and World War II hastened this evolution toward indiscriminate warfare, while the emergence of the mass media helped spread public awareness of the suffering caused by war. Secular jurists, building on the earlier Christian just-war tradition, responded by establishing international laws of war governing the treatment of prisoners of war and civilian populations. These covenants also included prohibitions on certain forms of weapons, including chemical and biological weapons.

The Nuremberg Trials and other war crimes trials in the aftermath of World War II represented a turning point in addressing the horrors of modern warfare: Individual soldiers were held accountable for their actions, even during war, based on internationally recognized principles of law. The thinking was that the evils of war are not inevitable but rather the result of choices for which the perpetrators can be held responsible. Although in these trials the victors imposed justice on the defeated, in the decades that followed the United States and other nations have made halting progress in holding their own soldiers accountable. U.S. soldiers who commit war crimes are typically charged under the Uniform Code of Military Justice for offenses like murder or manslaughter.

When Lt. William Calley was court martialed and convicted in 1971 for his role in the My Lai Massacre, U.S. public opinion was divided; Mr. Calley’s life sentence was reduced to 20 years, and he was eventually released after less than four years of house arrest. Since the end of the Vietnam War and the creation of the all-volunteer military, however, the U.S. armed forces have increasingly imparted to troops the need to follow the laws of war and held soldiers accountable when those laws are violated. Indeed, some of Mr. Trump’s defenders argue that commanding officers are today too eager to find soldiers guilty in complex cases. Still, given the failure to investigate alleged war crimes in Afghanistan and the United States’ refusal to place its soldiers under the jurisdiction of the International Criminal Court, the fact that soldiers like Mr. Lorance, Mr. Golsteyn and Mr. Gallagher are held accountable at all is a remarkable historical achievement.

In the aftermath of the so-called Revolution in Military Affairs—beginning with the Persian Gulf War in 1991, in which the adoption of information technology and telecommunications by the U.S. military seemed to reduce soldiers to technicians, and the increased use of private contractors in the “war on terror”—the U.S. armed forces have sought to restore the notion that soldiers are professionals, moral agents at the service of the public good. For example, the U.S. Army Doctrine Publication defines the Army as characterized by “trust, honorable service, military expertise, stewardship, and ésprit de corps” and calls on soldiers to cultivate “the ability to think critically and creatively.” Although the military profession is secular, the U.S. armed services recognizes that the values it hopes to instill in soldiers often have religious roots, and the military chaplaincy plays an important role in nurturing these ethical and professional values.

This image of the soldier as the steward of a profession serving a public trust is placed at risk by the darker vision reflected in Mr. Trump’s pardons. In a tweet published on Oct. 12, signaling his willingness to issue the pardons, Mr. Trump wrote, “We train our boys to be killing machines, then prosecute them when they kill!” By referring to soldiers as “killing machines,” Mr. Trump dehumanizes soldiers, denying their role as ethical agents and professionals. During the presidential campaign in 2016, Mr. Trump also called on U.S. soldiers to commit war crimes, including killing the family members of terrorists and engaging in torture techniques “a hell of a lot worse” than waterboarding; he asserted that soldiers would obey these blatantly illegal orders.

Although the laws of war are now deeply embedded in the culture of the U.S. military, a contrary message from the commander in chief, reinforced in the recent pardons, threatens to undermine the ethic of professionalism that has been cultivated by military leaders. Despite the secular nature of today’s military profession, because of the Christian roots of this ethic and the important role of faith in instilling military professionalism, Christians should be especially concerned that the notion of the soldier as the protector of the innocent and servant of the common good is being eroded.

Show Comments ()
Comments are automatically closed two weeks after an article's initial publication. See our comments policy for more.
Show Comments ()
Join the conversation: Login or create an account
Before you can comment, you need to update your profile to include your first and last name, as required in our comments policy. Then reload this page and you'll be set up for commenting. Update your profile
Advertisement
More: War & Peace 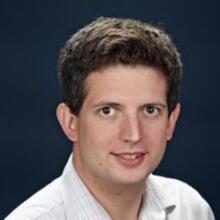 Matthew Shadle is an associate professor of theology and religious studies at Marymount University in Arlington, Va., and is the author of Interrupting Capitalism: Catholic Social Thought and the Economy.