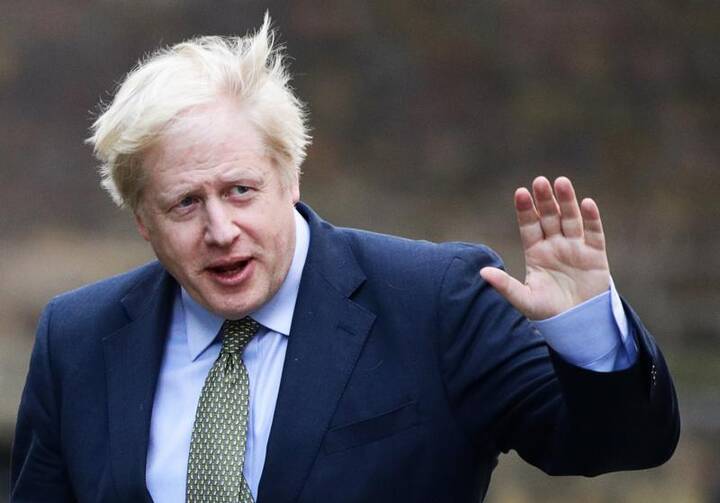 MANCHESTER, England (CNS) -- A British bishop said he was relieved by the election defeat of political parties committed to liberalizing Britain's abortion laws, but he was "not particularly enthused" by the Conservative Party agenda. A British cardinal called for a fresh start "in more ways than politics."

In the Dec. 12 general election, the Conservatives of Prime Minister Boris Johnson gained 47 seats, the largest increase for his party since Margaret Thatcher won a third term in 1987, giving him a Commons majority of 80 members of Parliament.

The opposition Labour Party suffered its worst defeat since 1935, and the Liberal Democrats, the third-largest party, gained only 11 seats.

Bishop Philip Egan of Portsmouth said he was relieved by the result because he had been "horrified" by manifesto promises made by the losing parties to strip criminal sanctions from the abortion law so that the procedure was available on demand.

The two parties had "an anti-life agenda, particularly on abortion, so I am delighted that that direction has been stopped," he told Catholic News Service Dec. 13.

However, Bishop Egan said he had concerns about social care of the most needy and noted that the "false anthropologies" underpinning the radical social policies of the other parties also were operative within the Conservative Party.

"You have got to be vigilant, because things are coming through the education authorities, the health service and the social services," Bishop Egan said. "What was difficult was that the other parties had tuned into those ideologies and wanted to further them more."

In a statement Dec. 13, Cardinal Vincent Nichols of Westminster noted that the recent political climate had been "toxic, dominated by blame."

"We have to put that behind us, look each other in the eye and see the good in the other," the cardinal said. "As we approach Christmas, it is the birth of Christ, the embodiment of God's goodness, that we celebrate. It is that streak of goodness written in every person that we have to see and rediscover. Concentrating on the good in every person is the fresh start we should seek."

The election was the third in five years and was called by Johnson after rival parties refused to support his bill to deliver Brexit and take the U.K. out of the European Union following the referendum of 2016.

With the campaign slogan "Get Brexit Done," his message resonated particularly in working-class Labour strongholds, with many voters abandoning traditional left-wing loyalties to vote for him.

Labour had sought a second referendum on Brexit while the Liberal Democrats had explicitly promised to halt the process.

In a Dec. 13 address, Johnson described his victory as a "political earthquake" that had given him the mandate he needed to push Brexit through without relying on help from any political rivals.

He told the electorate: "You may intend to return to Labour next time round, and if that is the case, I am humbled that you have put your trust in me, and I will never take your support for granted."

The Liberal Democratic Party also deselected one of its candidates, Robert Flello, a Catholic opposed to same-sex marriage and abortion, because of his "values". Flello announced on his website Dec. 11 that he is suing the Liberal Democrats for religious discrimination.

The Conservative Party was silent about abortion in its election manifesto, yet it promised to act against the persecution of Christians overseas.

Following the publication of the manifestos, the bishops of England, Wales and Scotland put the right to life at the top of a list of issues they wanted Catholics to raise with candidates.

Simon Caldwell - Catholic News Service
Provide feedback on this article
Join the conversation: Login or create an account
Before you can comment, you need to update your profile to include your first and last name, as required in our comments policy. Then reload this page and you'll be set up for commenting. Update your profile
Show Comments ()
Comments are automatically closed two weeks after an article's initial publication. See our comments policy for more.