Vatican financial watchdog now a ‘shell’ after being raided by police

Vatican financial watchdog now a ‘shell’ after being raided by police 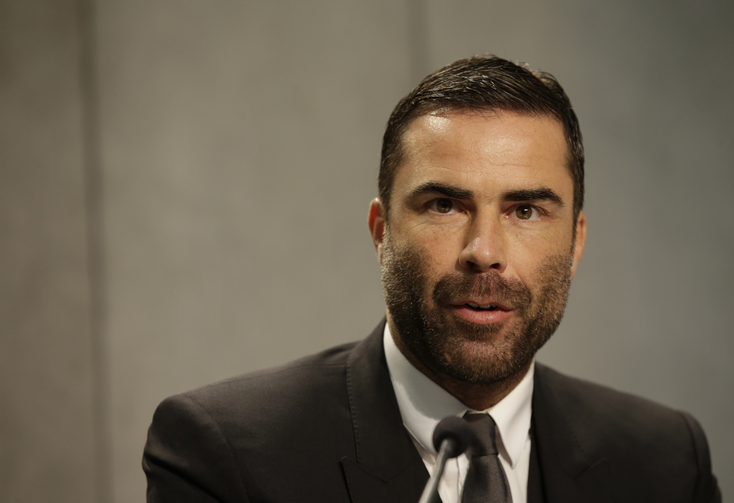 In this May 29, 2015 file photo, Rene Bruelhart, director of the Financial Information Authority, an institution established by Pope Benedict XVI in 2010 to monitor the monetary and commercial activities of Vatican agencies, speaks during a press conference at the Vatican. (AP Photo/Alessandra Tarantino)

VATICAN CITY (AP) — A board member of the Vatican’s financial watchdog has resigned in the wake of a Vatican police raid that resulted in the agency’s suspension from the global communications network of financial intelligence units.

Marc Odendall, a Swiss-German retired banker, tendered his resignation late Monday after Pope Francis decided not to renew the mandate of Rene Bruelhart, the president of the Vatican’s Financial Information Authority, or AIF. The Vatican says Bruelhart’s successor will be announced next week.

Odendall told The Associated Press on Tuesday that he cited Bruelhart’s removal as well as the decision by the Egmont Group, a consortium of financial information agencies from 130 countries, to suspend AIF from its communications network following the Oct. 1 Vatican police raid on AIF’s offices.

“We cannot access information and we cannot share information,” he said. “There is no point in staying on the board of an empty shell.”

AIF remains an Egmont member, but is suspended from the secure communications network that is used to share confidential information in the global fight against money laundering and other financial crimes, he said.

During the raid, Vatican police seized documents, computers and cellphones from AIF’s headquarters as part of an internal investigation into the Vatican’s investment in a London real estate venture.

The raid raised alarm at Egmont and elsewhere given AIF is required to keep other countries’ documentation confidential and secure. Those countries would likely be less willing to share confidential information with AIF in the future if that information could so easily end up in the hands of Vatican police, officials feared.

AIF’s own statutes, approved by Francis in 2013, guarantee that data and information held by AIF are “protected with a view to ensuring their security, integrity and confidentiality.”

Egmont hasn’t responded to AP requests for confirmation about AIF’s suspension from its communications network.

The rationale for the AIF raid isn’t clear. According to the 16-page Vatican search warrant, obtained by AP, Vatican prosecutors only alleged that the AIF’s actions in the real estate operation were “not clear” and faulted its director, Tommaso Di Ruzza, for being in contact with a London law firm involved in the deal.

The bulk of the search warrant concerned the actions of the Vatican’s secretariat of state, which in 2012 had put 150 million euros ($165 million) into the luxury apartment building in London’s tony Chelsea neighborhood. The mortgage turned out to be onerous, the property lost its value amid Brexit concerns and middlemen managing the venture were making millions from the Vatican in fees.

The secretariat of state in 2018 decided to buy the building outright but needed an extra 150 million euro loan from the Vatican bank, known as the Institute for Religious Works, or IOR, to buy out the other investors so it could extinguish the mortgage.

The IOR director, who is close to Francis, and the auditor general’s office raised an alarm with Vatican prosecutors alleging the buyout looked suspicious, sparking the raid.

With Bruelhart and Odendall gone, AIF has only three board members left and a director, Di Ruzza, who was suspended after the raid.

Show Comments ()
Comments are automatically closed two weeks after an article's initial publication. See our comments policy for more.
Provide feedback on this article
Join the conversation: Login or create an account
Before you can comment, you need to update your profile to include your first and last name, as required in our comments policy. Then reload this page and you'll be set up for commenting. Update your profile
Advertisement
More: Vatican / Europe