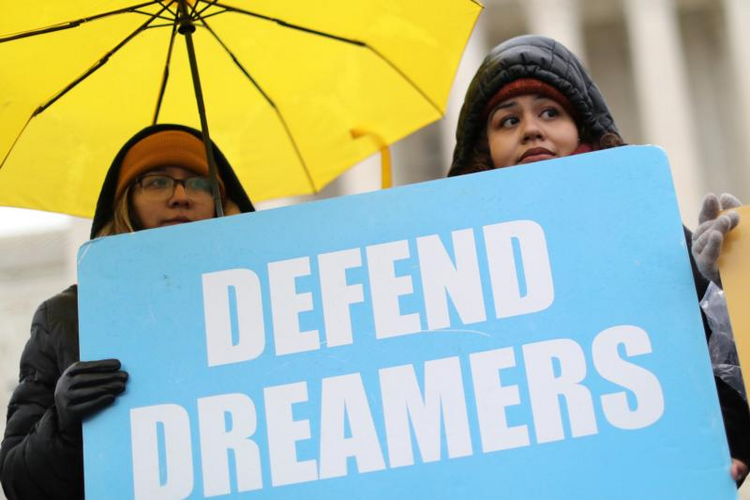 BALTIMORE (CNS) -- In a high-stakes issue before the Supreme Court Nov. 12, it was not clear how the justices will ultimately resolve the fate of the Deferred Action for Childhood Arrivals program, known as DACA.

The court heard arguments on three separate appellate court rulings that have blocked President Donald Trump's 2017 order to end DACA -- a 2012 program that has enabled about 700,000 qualifying young people, known as "Dreamers" to work, get health insurance, a driver's license and not face deportation. These young adults arrived in the U.S. as children without legal documentation.

At issue before the crowded courtroom during 80 minutes of arguments -- and while DACA supporters rallied outside -- was not to consider if the Obama administration acted legally when it created the program but to examine how the Trump administration went about trying to end it.

Justice Sonia Sotomayor said more explanation was needed about ending DACA because she said it was "a choice to destroy lives."

But Solicitor General Noel Francisco defended the Trump administration's decision, whether the program was legal or not, by simply saying: "We own this."

Just prior to oral arguments, Trump tweeted: "Many of the people in DACA, no longer very young, are far from 'angels,' some are very tough, hardened criminals." But in order to qualify for DACA status, applicants who are high school graduates or veterans, must prove that they have not been convicted of a felony, significant misdemeanor, or more than three lesser crimes.

Catholic bishops also took to social media on the issue. Bishop John E. Stowe of Lexington, Kentucky, tweeted his column from the Lexington Herald-Leader newspaper, which said: "We have heard too much baseless rhetoric and witnessed too much vitriol directed toward the immigrant community." He added that DACA's undetermined status is a "sobering reminder that it is well past time that we get serious about comprehensive immigration reform."

On Nov. 11, Los Angeles Archbishop Jose H. Gomez, president-elect of the U.S. Conference of Catholic Bishops as of Nov. 12, tweeted that he was praying for Dreamers. That same night, on the eve of the oral arguments across the country, the Office of Immigration Affairs for the Archdiocese of Los Angeles hosted a rosary and Mass in solidarity with DACA recipients.

And in Washington Nov. 12, just prior to the courtroom arguments, a group of Catholic activists similarly met to pray the rosary for the intention of DACA recipients, their families and all immigrants in the United States.

Inside the courtroom, the arguments drew the usual divides. Some of the justices appeared to side with the decision to end the program, saying sufficient reasons had been given to do so, while others suggested the Trump administration had not considered how many people, organizations and educational programs would be impacted by this action.

And Justice Neil Gorsuch said he didn't think it was the court's role to examine the administration's decision to end the program.

Court watchers have been saying Chief Justice John Roberts could potentially provide the swing vote in this decision, as he did earlier this year when he rejected the Trump administration's move to add a citizenship question to the census.

But his comments Nov. 12 didn't indicate a strong view in favor of keeping DACA in place. He stressed that the issue before the court was not so much about deporting DACA recipients but about their eligibility for benefits such as work permits.

"The whole thing was about work authorization and various other benefits," Roberts said. "Both administrations have said we are not going to deport people."

Catholic leaders had joined more than 35 other groups in filing friend-of-the-court briefs urging the court to support DACA. This view was reiterated in a Nov. 12 statement by Bishop Joe S. Vasquez of Austin, Texas, chairman of the USCCB's Committee on Migration.

"Ending DACA," he said, "would disrupt DACA recipients' continued contributions and integration to our country and could needlessly separate them from their families. Not allowing these young people to continue to utilize DACA to reach their God-given potential is against the common good and our nation's history of welcoming the immigrant."

If the court allows DACA to end, most DACA recipients will maintain a two-year protection until a new president takes office in 2021. A decision in the case is expected by next June.

Giovana Oaxaca, a DACA recipient and the government relations associate for the Catholic social justice lobby Network, led more than 50 people in the rosary in Washington Nov. 12.

Oaxaca, originally from Juarez City, Mexico, came to the United States at the age of 3. She received DACA status before applying to college, where she was able to graduate with a degree in political science and economics. Without DACA, she said, it would have been a lot harder to afford and go to college.

The wait to hear the Supreme Court's decision, will be "painstaking," Oaxaca said, but she added that it will "keep us all on our toes" to continually put pressure on legislators to "keep the drumbeat going."

Carol Zimmermann - Catholic News Service
Provide feedback on this article
Join the conversation: Login or create an account
Before you can comment, you need to update your profile to include your first and last name, as required in our comments policy. Then reload this page and you'll be set up for commenting. Update your profile
Show Comments ()
Comments are automatically closed two weeks after an article's initial publication. See our comments policy for more.