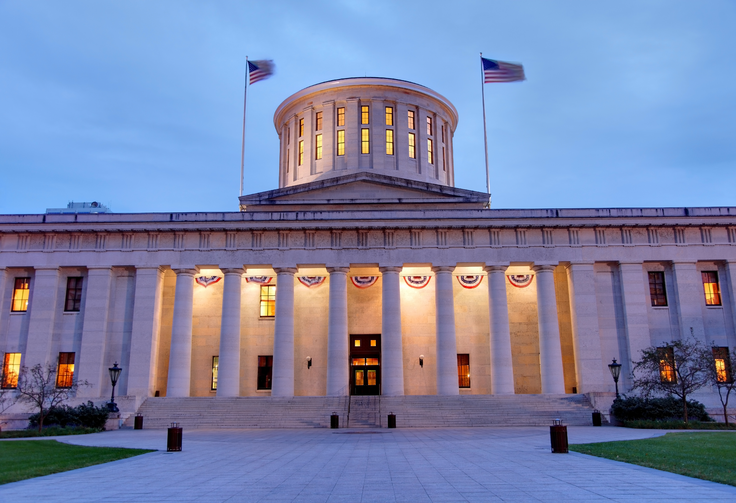 COLUMBUS, Ohio (CNS) -- The Ohio Senate Nov. 6 passed a bill that would require a child born alive following an abortion receives the same medical care accorded any newborn at the same gestational age.

A second measure OK'd the same day would mandate that abortion facilities inform women that chemical abortions can possibly be reversed to save their unborn child's life.

Called "life-affirming" by the Catholic Conference of Ohio, the public policy arm of the state's Catholic bishops, the two bills will now be taken up by the Ohio House of Representatives. The conference commended the bills' sponsors, Republican Sens. Terry Johnson and Peggy Lehner, respectively. Lehner also was a co-sponsor of the Born-Alive bill.

"This legislation acknowledges, promotes and preserves the dignity of human life," Johnson said in a statement. "Every new born infant deserves our compassion and care, no matter where we stand in the broader abortion debate."

In addition to the medical care provisions, this legislation creates reporting requirements and penalties for the attending physician who fails to report a born-alive baby. While individual cases will remain confidential, the Ohio's Department of Health will publish annually the number of babies who survive abortions.

Current federal law recognizes that all infants born at any stage of development, regardless of the circumstances surrounding the birth, are "persons." However, "supporters of this legislation believe this recognition alone is insufficient to provide protections for infants born alive following an attempted abortion," said a news release from Johnson's office.

"The Born-Alive Infant Protection Act is a vital protection of defenseless babies that survive failed abortions," said a statement from Stephanie Ranade Krider, vice president of Ohio Right to Life. "This bill would stand ready to protect these helpless infants and require they are given proper medical attention at their most critical moment."

She added, "These babies deserve protection under law like infants born under any other circumstance."

Regarding S.B. 155, Lehner said in a statement: "Women who decide to take their babies to term should be celebrated and supported. This bill simply gives women more information about the option for a second chance to make an extremely emotional and difficult decision."

The bill would require doctors prescribing abortion-inducing drugs to also provide written information informing the patient of the possibility of reversing the effects of an abortion in the event she changes her mind within the first two days.

According to a news release from Lehner's office, the Mifeprex chemical abortion procedure is a two-day regimen used to terminate early pregnancies by blocking the hormone progesterone needed to sustain pregnancy. A second drug, Misoprostol, stimulates uterine contraction to expel the dead baby.

Women who choose a chemical abortion "and regret it within the first two days of taking the first drug have a chance to save their baby, as long as they have not taken the second drug," it said.