Should the United States have a period of mandatory service for all citizens? 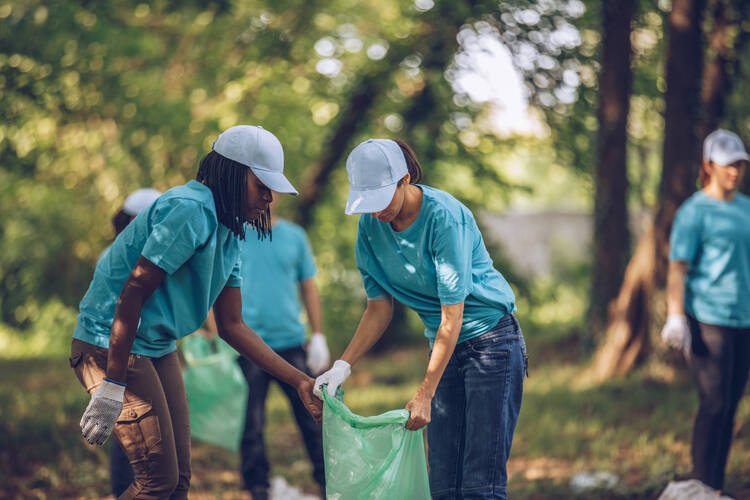 Many countries around the globe employ a system of mandatory national service for their citizens. Such service may include, among other things, a required stint in the military or working on public service projects at home or abroad. Some have argued that the United States should consider implementing a policy of mandatory national service, particularly as a way to promote national unity and understanding in a time of partisanship. Others, however, are skeptical about the proposal, particularly about the practical and financial challenges that would be involved. We asked our readers: Is mandatory service for U.S. citizens a good idea?

It seems in this country there isn’t a shared American experience we can all relate to. A mandatory period of service between high school and college would help with maturity for kids entering college. I think the primary benefit would be a shared American experience that gives people from all backgrounds, races and income levels a chance to empathize with others and see how others live and have lived. I think doing the service farther from home would be better, but the most important aspect, in my mind, is that people work with people with different ideologies, religions and socio-economic backgrounds.

Yes. I think it would help young people realize that they can make a positive contribution to the country, and hopefully they will continue in this manner for the rest of their lives. It will also allow people from different parts of the country, or who come from different stratas of society, to find common bonds while recognizing and respecting differences. Serving in the military is one option, but there is a multitude of ways for people to contribute depending on their talents and interests.

It seems in this country there isn’t a shared American experience we can all relate to.

If national service meant building infrastructure or creating art and parks like the New Deal of the 1930s, can you imagine how amazing that would be? Or require national service along the lines of the Jesuit Volunteer Corps. I learned so many lessons by interacting with other folks with whom I’d not normally interact, especially living in community. I think that last factor really forced me to wrangle with some internal issues I had.

If we require anything, it should be something that involves helping society and those in need, similar to AmeriCorp or the Peace Corps. A lot of students go to college not knowing quite what they want to do, so service would be the perfect time to gain various life experiences and interactions with others. People will have a better idea of what is important to them, as opposed to just listening to a career counselor. They should have the choice whether to stay in their home state, but going somewhere else provides a much better experience.

Could mandatory national service bring down the walls that divide us?
Maureen Mitchell

No. It would likely be taken as an infringement of individual rights. But I hadn’t considered the idea mentioned in the survey blurb of service as a way to potentially get people who are opposed to one another to work together, but that is as good an idea as any. It could also be a good variation of government-sponsored post-secondary education, in that perhaps the individual could use it as an internship-like opportunity.

No. Mandatory service of any kind is otherwise known as a draft. I am generally not in favor of a draft. Voluntary service would be acceptable, especially if it helps erase student debt. The participants should be paid at the same rate as a new military recruit, and then two years of service would make a person eligible to receive college funding similar to a G.I. Bill.

Our government belongs to its citizens, not the other way around.The government has a duty to see that the laws are enforced, but it has no right to a part of its citizens lives except in time of war.

Craig B. Mckee
2 years 6 months ago

A resounding YES, along the lines of the French model where 2 years of actual military service or non-military "cooperation" could be envisioned. If for no other reason, it would provide an opportunity for an across-the-board MENTAL HEALTH and vocational screening for all American high school graduates.

Absolutely. People should be given the option of something along the lines of the CCC/WPA and/or Military Service. America's spoiled and entitled class could use a bit of real world experience and challenge.