Could mandatory national service bring down the walls that divide us? 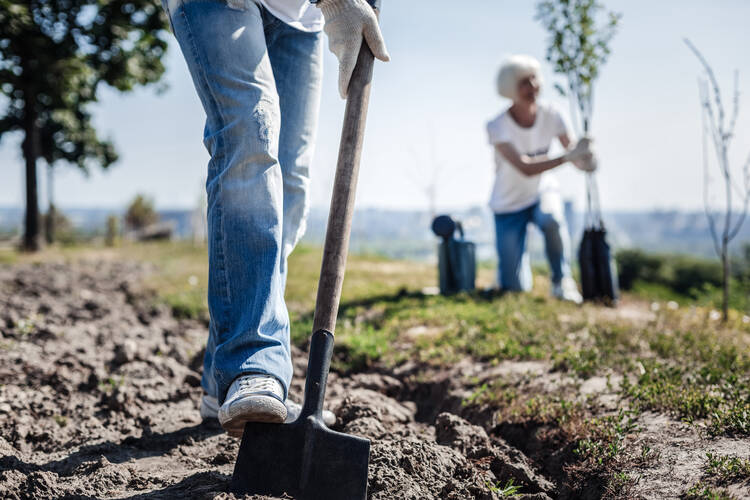 The recent passing of our 41st president, George H.W. Bush, has rekindled some deep truths about service, responsibility and love of country. Reading about his life has led me to reflect on where we have been, what we have lost and how we might find our way back.

I believe the time has come to consider a year of mandatory national service.

Of late, I fear the forces pulling Americans apart are stronger than those that bind us. We operate in our own ZIP codes, invested in our own narratives, reinforced by our preferred sources of information. The income divide accelerates, and we are polarized to the point of demonizing those who think differently.

We vote, pay taxes, obey laws and serve as jurors. But what other obligation, what other common experience, binds us as a nation?

The disunity we see today saps our energy and distracts us from some of our most pressing social and economic issues—including gun violence, drug abuse and income inequality—while exposing us to geopolitical dangers. Consider the national unity on display after the attacks of Sept. 11, 2001. Can we envision such a response today?

Our present political divide causes me to reflect on my early years, when I was anti-war, anti-military, anti-Republican and anti-religion. Age, experience and children polished some of those hard edges. Through a fortunate career and an immigrant heritage, my life now spans a diverse socioeconomic landscape, with exposure to disparate viewpoints and experiences. But even with that personal history, I often find myself trying to comprehend how fellow citizens can think, act or vote in ways so profoundly different from my own choices.

How can Americans get to know each other better and renew our sense of national unity? We vote, pay taxes, obey laws and serve as jurors. But what other obligation, what other common experience, binds us as a nation?

I believe that a year of mandatory national service—an obligation regardless of gender and economic class—would preserve our heritage of individuality while forging a badly needed sense of common purpose. I imagine a diverse program with many options for fulfilling requirements, federally run and organized around the concept of shared service within the United States. Military or National Guard service would certainly qualify. Civil service programs involving national parks, infrastructure, education, poverty or other community-based programs would also be natural options.

Mandating completion by a certain age would capture a more energetic and impressionable mindset, with the potential for greater long-term impact. A requirement to work outside of one’s own community would also mitigate entrenched “ZIP code bias” while fostering a national identity. Of course, programmatic goals, logistics, governance, management, oversight and costs would all have to be debated—and weighed against outcomes, both tangible and intangible.

A requirement to work outside of one’s own community would also mitigate entrenched “ZIP code bias” while fostering a national identity.

Currently, nearly 30 countries—from Scandinavia to Africa, Latin America to Eastern Europe, the Middle East to Asia—have compulsory military service, and more than a dozen have alternative forms of required national service. On five occasions, the former U.S. Representative Charles Rangel, a Democrat from New York, introduced bills in Congress proposing mandatory “Universal National Service” for young adults, but none gained traction. (While other service-oriented government plans exist—such as AmeriCorps, the Peace Corps and the FEMA Corps—they are purely voluntary.)

Could a national service program gain enough support to be implemented today? I admit it is a long shot, especially if military service is a major component. Not only does there seem to be little public appetite for sending another generation of young Americans into harm’s way, but the armed forces also do not appear to be keen on it. In a recent conversation, two senior military officers told me emphatically that a return to the draft was not only unnecessary but would create insurmountable practical and logistical problems.

Still, I wonder if our era of hyper-partisanship might not yet yield a renewed hunger for something deeper than ideological victories at all costs. Shared commitment to an entity—military, community, organization or family—promotes a sense of obligation and ownership. Our nation has always changed for the better when united around common goals.

A year of mandatory service, however defined in the end, might improve our national dialogue, soften our economic and class divides, and foster what we need more than wealth, power and prestige: a genuine sense of solidarity as Americans. 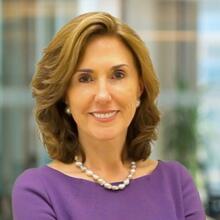 Maureen Mitchell is a management consultant and executive coach based in New York City, and a former senior executive in the financial services industry.

This is an idea whose implementation is years overdue. We (Army) discussed this in the 1960s. The military stayed with the all volunteer force (still a bad idea) and the national service thing never got any traction.

As Fr. Andrew Greeley (of blessed memory) liked to point out, mandatory service is not service at all, but rather indistinguishable from slavery and a violation of human freedom. The government does not own the lives of young people and cannot force them to do good works.

And as Bob Dylan wrote, “I try my best to be just like I am/ but everybody wants you to be just like them/ They say, ‘sing while you slave’ and I just get bored. I ain’t gonna work on Maggie’s Farm no more!”

I would disagree.
One reason that society is so polarized, is that we lack exposure to the lives of others.
Since Public Service is already an aspect of the high school education experience, I think that broadening it would be beneficial.

While the notion of compulsory national service may appear noble and laudable I think there are many difficulties that should not be overlooked. I was drafted into the US Army in December 1969 and served until honorably discharged in 1971 so I have some limited experience on this concept. Today we read frequently of chronic problems in the military with sexual assaults committed by service personnel against their comrades in arms. Secondly, just think for a minute of the epidemic of sexual assaults on college campuses when young adults live away from home for the first time. So the notion that we should compel millions of young men and women to serve a year away from home in living conditions that may not be of their own choosing or liking in occupations that may not prove compatible with their interests or what was anticipated is inviting trouble. In biblical terms Israel was warned not to desire a king for numerous reasons. Presently we as a country are polarized, but it is not the first time. From the Continental Congress through the Civil War and beyond slavery polarized America. Isolation versus foreign entanglements was another polarizing issue. Abortion has polarized America, especially since Roe versus Wade was decided. Other issues such as rural experience & occupations versus coastal elites, income disparities, globalization, educational attainment and so on continue to polarize America. The Bishops latest pastoral letter on racism only shows how divided we are in the minds of the Bishops. Compelling young people to live together and work together? Think it through.

Compulsory charity is a sin.

The USA is not a business and it is not a faith.

The author is like the workman who only owns a hammer, everything becomes a nail.
And still a totalitarian thinking of people as herd animals.

I couldn't agree more with your point and wrote about it in these pages as well two years ago. https://www.americamagazine.org/issue/rite-service

Unsure how to delete these repetitions of my original post - sorry, still learning on tech stuff. - Todd

“She talks to all the servants
About man and God and Law
Everybody says,
She’s the brains behind Pa
She’s 68 (but she says she’s 54)
I ain’t gonna work on Maggie’s Farm
no more!” - Mr. Dylan

Much thanks, Fr. Greeley

Both blessing and brain bleedin’

Fr Greeley clearly had a sense of humor. Thought attributed to him is very funny.

Every now and then, I am compelled to perform jury duty under the threat of arrest. Is it slavery? No, public service. A year of paid service is not slavery. And drafted soldiers won WWII, as far as I can tell. It's a nice idea, Americans of every stripe working together for a year. But I don't know if we're like that anymore. I would poll the young people who would have to serve as to whether THEY like the idea. As a member of the baby boomer generation who screwed things up for them, I have no right to impose anything else.

Rabbi Hillel, "If I am not for myself, who will be for me? If I am not for others, what am I? And if not now, when?"--IMHO. The problem or perhaps solution is learning to be selfless in the age of unbridled selfishness and entitlement. The young after high school would be the best time and would be still open enough to learn from the experience. The older one is the more set in ones ways one gets. Responsibility and duty to country needs be taught and too many are not getting this in their homes or schools. Some of them will not learn but I believe if the program is thoughtfully and carefully crafted as a community learning experience then enough will get the point.