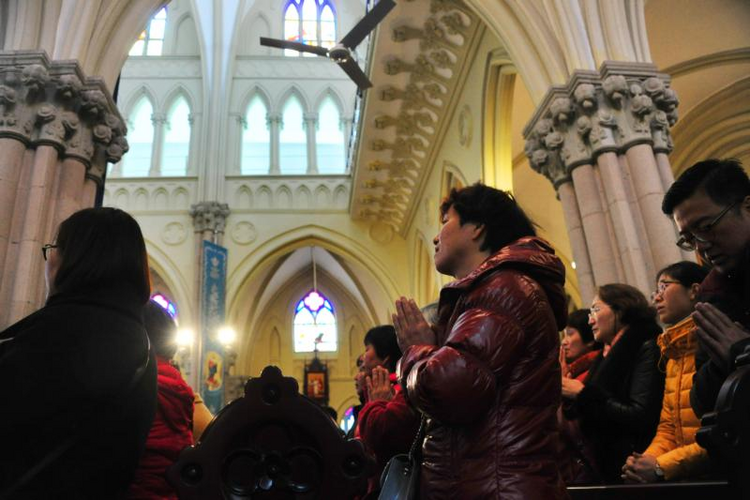 HONG KONG (CNS) -- Weeks after the first anniversary of the deal between the Vatican and the People's Republic of China on the appointment of bishops -- the first formal agreement between the two countries since the 1950s -- Beijing promulgated a fresh batch of regulations governing places of worship.

The new rules are the latest in a string of regulations that many in the Chinese Church believe are designed to stymie worship, the operations of parishes and dioceses as well as the growth of the church.

The latest rules -- described as the "Template for a Charter on Legal People in Religious Activity Venues" -- require all venues undertaking religious activities or worship to formulate a "charter" that details their activities, including a section that gives examples of actual situations. The charters must be approved by local religious regulators.

One person who runs a parish in a rural area of northern Hebei province told ucanews.org the rules were impractical and "incomprehensible."

The new rules are the latest in a string of regulations that many in the Chinese Church believe are designed to stymie worship.

"Most Catholics in rural villages have a low level of education. There are no accounting personnel, nor any money to employ them. The Religious Affairs Bureau has repeatedly asked us to employ accounting personnel, but it is simply difficult for us to do so," said the leader, who asked not to be identified. People speaking out about religion in China almost invariably ask to remain anonymous or take a pseudonym for fear of reprisals from authorities.

"We are all peasants. We do our farming and then we are going out to do other work, too. We don't have any extra time to establish a democratic administration committee, nor to have meetings once a month. These are not accomplishable for us."

There has been a near-constant stream of diktat from Beijing for the past two-and-a-half years, under the broad umbrella of the "sinicization" of religion, a program kicked off by the country's supreme leader, Xi Jinping, in 2015. It was written into the policies of the ruling Communist Party at its annual gathering in October 2016.

In September 2018, the Vatican and Beijing inked a still-secret agreement dealing with the appointment of bishops, ending several decades of attempting to reach a formal agreement. Although all content of the agreement has not been made public, it gives the pope the final approval of bishop nominations submitted by China.

There has been a near-constant stream of diktat from Beijing for the past two-and-a-half years, under the broad umbrella of the "sinicization" of religion.

The deal was driven strongly by Pope Francis, who made a point of saying Asia would be a key focus of his papacy upon his election by the College of Cardinals in 2013. When the agreement was signed, the Vatican characterized it as a first step in what it said it hoped is an increasingly close relationship with the Chinese Communist Party. The hope was that the deal would, at the very least, assure the future of the Church in China.

But if anything, the wave of repression on all five of China's "official" religions -- the others are Protestantism, Islam, Buddhism and Daoism -- has increased in the past 12 months, along with a broader program of repression that experts say is aimed at Communist Party control of every aspect of Chinese life.

On Aug. 28, the Communist Party's United Front Work Department, which has control over religion in China, issued a document called "Measures for the Administration of Religious Groups (Draft for Solicitation of Comments). "It outlined various proposals for how registered religious groups would be allowed to be run and called for public comments to be submitted by the Church in China.

The paper says the authorities intended to regulate the management of religious groups and actively guide them to adapt to China's socialist society in a way that promoted their "healthy" development. This line in the paper is central to understanding that "sinicization" effectively means greater control by and fealty to the Chinese Communist Party.

The wave of repression on all five of China's "official" religions -- the others are Protestantism, Islam, Buddhism and Daoism -- has increased in the past 12 months.

"This is 'territorial management' by the CCP, which means religious groups at all levels are managed by the party at every level. The purpose is to prevent religious groups from becoming civic organizations from top to bottom and detached from their regions. Everything is under the leadership and control of the CCP," said Ying Fuk-tsang, director of the divinity school of Chung Chi College at the Chinese University of Hong Kong.

The document and new charter rules come as concerns have emerged that the 2018 ban on minors entering churches or participating in Bible classes and other church activities is resulting in fewer young men participating in Mass. Along with other reasons such as increased materialism and China's one-child policy, Catholics are concerned that the age ban will affect recruitment to the priesthood.

The Catholic Church in China | A Short Documentary
America Films

Like many of the new rules being issued by the Communist Party, the age ban is not being been strictly imposed in many provinces and regions; however, in some areas, such as the provinces of Henan, Shanxi and Liaoning, it is being heavily policed.

According to research by Hong Kong's Holy Spirit Study Center, the number of seminaries and seminarians across the country has fallen.

Father Peter, a priest in northeast China, said that while the job of altar servers was not limited to young men, "this position really cultivates the priestly vocation for boys" adding that "when the parents bring their children to worship God, the children are attracted by the priest, wearing a beautiful vestment and saying Mass in front of the altar."

"It is a good chance to cultivate the vocation," the priest said.