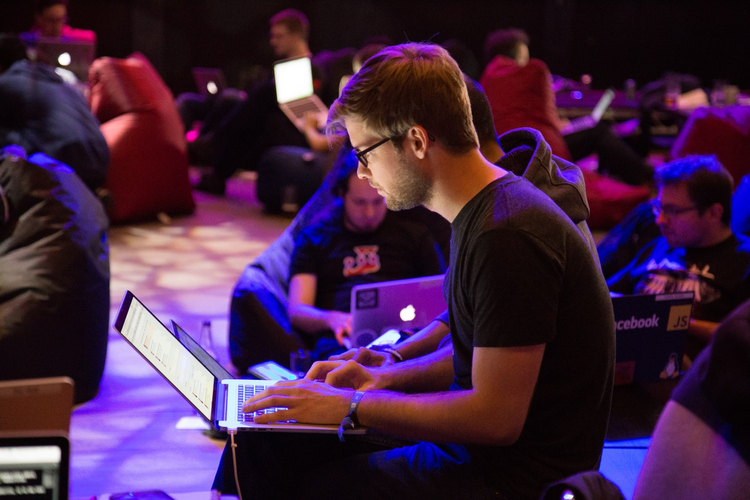 Photo by Alex Kotliarskyi on Unsplash

"If mankind's so-called technological progress were to become an enemy of the common good, this would lead to an unfortunate regression, to a form of barbarism dictated by the law of the strongest," the pope said Sept. 27 at a meeting with participants at the Vatican-sponsored conference, "The Common Good in the Digital Age."

The pope urged the assembly -- comprised of Silicon Valley CEOs, a Facebook lawyer and specialists in robotics, cybersecurity and cyberwarfare, as well as moral theologians -- to find a unifying ethical framework to guide tech entrepreneurs, inventors and venture capitalists in an increasingly diverse, globalized world.

With the internet, "it is possible, as never before, to circulate tendentious opinions and false data that could poison public debates" to the point of "endangering the very institutions that guarantee peaceful coexistence," the pope warned.

Cautionary notes also were struck by conference speakers Sept. 26 at the inaugural session of the three-day seminar.

"Many of us would have hoped that digitalization, easing communication and shortening the distance between people would have created an easier environment for discussion and for dialogue," Bishop Paul Tighe, adjunct secretary of the Pontifical Council for Culture, told the gathering.

But one positive trend is that the business leaders and scientists at the vanguard of the digital revolution are beginning to recognize the ethical implications of their work, Bishop Tighe said.

Silicon Valley leaders have observed how "bad actors have managed to do different things with instruments that were developed with the best of intentions," Bishop Tighe said, and this has led to "a turn to ethics."

A key challenge for the conference, he said, is recognizing that the pursuit of the common good requires a common understanding of what is actually good for human beings. Underscoring that no moral consensus is presently guiding the tech revolution, he highlighted a 2018 essay in The Atlantic by former U.S. Secretary of State Henry A. Kissinger.

In "How the Enlightenment Ends," Kissinger wrote that the world order is "in upheaval amid a new, even more sweeping technological revolution whose consequences we have failed to fully reckon with, and whose culmination may be a world relying on machines powered by data and algorithms and ungoverned by ethical or philosophical norms."

Bishop Tighe said that one thing the church might be able to bring to the discussion is the ethical system "that we have tended to work with within the Catholic tradition, that of the natural moral law."

Status Update: How well is the church reaching out to people in the digital age?
James Martin, S.J.

Mitchell Baker, chairwoman of Mozilla, told the conference that whatever moral guidelines are developed to govern the tech industry, it "won't meet the exact traditions of any one of us."

"We can find something general that touches the core of humanity," she said, "and build it into some organization and structure that's actually effective."

Reid Hoffman, a co-founder of LinkedIn and venture capitalist at Greylock Partners, said one challenge to developing a shared set of moral ideals in the tech industry is the "fairly ferocious" competition between companies.

The first to develop a new product "tends to win the market," Hoffman said. "How do you both play that intensively competitive game and balance these other issues?"

Added to that, Hoffman said, is the fact that what tends to sell best are those products that appeal to the baser aspects of human nature.

"I say I invest in one or more of the seven deadly sins," Hoffman said. "Whether it's sloth, vanity, wrath," or any of the other "deadly sins," they are natural inclinations found among people everywhere.

"You're not trying to necessarily amplify them, but you hook into that level of emotional infrastructure, then actually, in fact, you can get to a very broad product," Hoffman explained. "Because the target within Silicon Valley is: How do you get to billions of people?"

LinkedIn tapped into greed, he said, but that was not the end of the story.

"What we're trying to do is help them become better, help them interact better, help them develop their working lives in ways that they're interfacing with each other in a lifetime of work, relationship and collaboration. That is actually the target, but part of their motive is a higher salary next year," Hoffman said.

Bishop Tighe said that in his own life he has felt the effects of the attention-grabbing methods tech giants use.

"Occasionally, I do a thing which is like a modern form of the examination of conscience, which is open up my browser history and see where I have been for the last couple of days," he said.

Being distracted on the internet "is my fault," the bishop said, "but then that has also been programmed by others."

"We need then also to work on how, as a church, that we make people aware of some of those dynamics, how do we help people to take agency to turn around and actually engage and bring out the more noble side in people," he said.