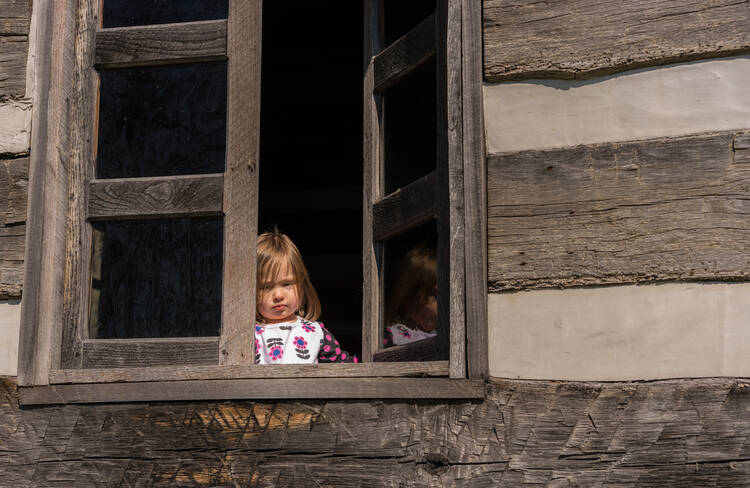 Children do not have the political clout of seniors in the United States, and the Urban Institute projected last year that by 2028 only 7 percent of the federal budget will go toward spending on children, as Social Security and Medicare account for an ever-growing share of the budget. By 2035, according to projections from the Census Bureau, people over 65 are expected to outnumber children for the first time in U.S. history. By then, residents under 18 will represent only 19.8 percent of the national population, down from 22.8 percent in 2016.

The national numbers obscure the fact that the children’s population is still skyrocketing in many states, and many of these states have low scores in child well-being, according to the Annie E. Casey Foundation’s Kids Count report. The annual report measures children’s welfare by health, education, economic indicators such as the poverty rate, and “family and community,” which includes measures like single-parent households and teen pregnancies. This year, New Hampshire and Massachusetts scored the highest on “child well-being,” while New Mexico and Louisiana were at the bottom.

Texas (which added 2.5 million children), Florida (1.2 million) and California (1.1 million) have accounted for half the total growth in the number of children in the United States since 1990; all rank in the bottom half of states in the Kids Count report. Every state but four in the South and West saw its child population grow; conversely, a majority of states in the Northeast and four states in the Midwest, both regions that tend to have higher child well-being scores, saw their child populations decline.

The following statistics are from the 2019 edition of “Ending Child Poverty Now,” published by the Children’s Defense Fund.

CHILD POVERTY AT A GLANCE

Children are the poorest age group in America.
A child is born into poverty every 41 seconds in America.
Nearly 1 in 3 of those living in poverty are children. Over 12.8 million children were poor in 2017.
Of these children, nearly 5.9 million lived in “extreme poverty,” that is, below half the poverty line.

The youngest children are the poorest during their critical years of brain development.
Nearly 1 in 5 infants, toddlers and preschoolers are poor.
More than 1 in 3 Native American and black children under 5 are poor.
Nearly half of all poor children under 5 live in extreme poverty.

What is the definition of poverty used?

what a strange "article"--was there supposed to be a conclusion drawn?
The headline would suggest that old people are a nuisance for living so long, thus diverting funds that might go instead to help children in poverty. Maybe the author would support more easily available euthanasia to level the playing field and balance the numbers? Another one of these oh-so-prevalent blame articles, where either-or scenarios are exploited simplistically, instead of trying to craft solutions that are win-win for both elderly and children. Like getting poor black single mothers to stop having babies without fathers. Maybe older Americans could be called upon to share their acquired wisdom with young moms?

The purpose of the article is create guilt so one will support government programs. Hence the child statistics. There are definitely many who need help, But the definitions of poverty is amorphous. It does not include any non income benefits the person receives such as food stamps or housing allowance nor does it take into account that living costs are lower in many places in the country. I doubt if there are many people starving or under nourished because of the inability to get food. Given that, there are definitely some relatively poor areas of the United States.

Interesting, the Republicans want to reduce the budget deficit by modifying Social Security and Medicare so by tone of the article you would think the author would be all in. However, Sullivan who is about as Democrat as can be would probably not agree with that but would wholeheartedly support more money for children. The one problem is that a lot of the money never leads to a healthy upbringing for the child.

A few years back, the U.S. had the highest rate of child poverty in the developed world. Projections were 50% of kids would depend on food stamps at some time before they reached 18. One child died every three hours from gun violence in the United States.

Mr. Sullivan’s article further supports a bleak outlook for children in some states. What should be done?

There are two approaches. Follow the lead of the comments above or consider what “we the people” can do. In 1966, the year after “we the people” expanded Social Security and enacted Medicare and Medicaid, elderly poverty was 28 percent. By 2012, it had fallen to 9 percent, a decline of nearly seventy percent. Today, “we the people” represent 80% of the congressional districts with life expectancy of 80 years or longer.

Chuck
Indeed what should be done?
Since you are enthralled by statistical comparisons which are at best time correlated (the Time period is usually itself cherry picked by you ), why don’t you check out the statistical impact of The Great Society Programs On Poverty over the last 50 years. It’s not a very reassuring picture that “ more money “being thrown at a perceived social issue is the solution.

FDR perhaps had a comment about the Great Society. “…they (Wall Street bankers) know only the rules of a generation of self-seekers. They have no vision, and when there is no vision, the people perish.” People in Cuba outlive people in one of Mitch McConnell’s congressional districts by six years. From 2013 to 2018, two Wall Street firms topped Mr. McConnell’s list of major contributors.

Chuck
The bizzare reference to average life spans by congressional district as published by Wikipedia notes prominently that districts only an hour apart can have dramatically different life expectancies and specifically notes that the Pennsy 2nd represented by a Democrat has a life expectancy of 75.6 years as compared to Pennsy 16 represented by a Republican with a life expectancy of 80.5 years. In short any correlation between Congressional district political control and life expectancy is absolutely not a causal relationship and even a correlation is beyond comprehension.
You also state that there is longer life span in Cuba vs that “of one of Mitch McConnell’s districts”....please tell me exactly what that proves? Do any any of the other 5 Kentucky Congressional Districts have longer life spans than Cuba? Would it even matter?
You constantly equate correlations...frequently somewhat unusual if not outright bizarre correlations...with causation. The number of variables in any of your examples that would have to be controlled to find causation is so large as to demonstrate the futility of the attempt.

I recently read about a small town where over half the public-school students qualify for free or reduced price school lunch. The article notes, “You don’t see children starving to death, but there’s a lot of kids who go to bed hungry and a lot of kids that may not have food to eat when they are home alone on weekends. It’s a problem that isn’t just local. It’s across the country. One out of five children they say is food insufficient. Those are startling numbers in America.”